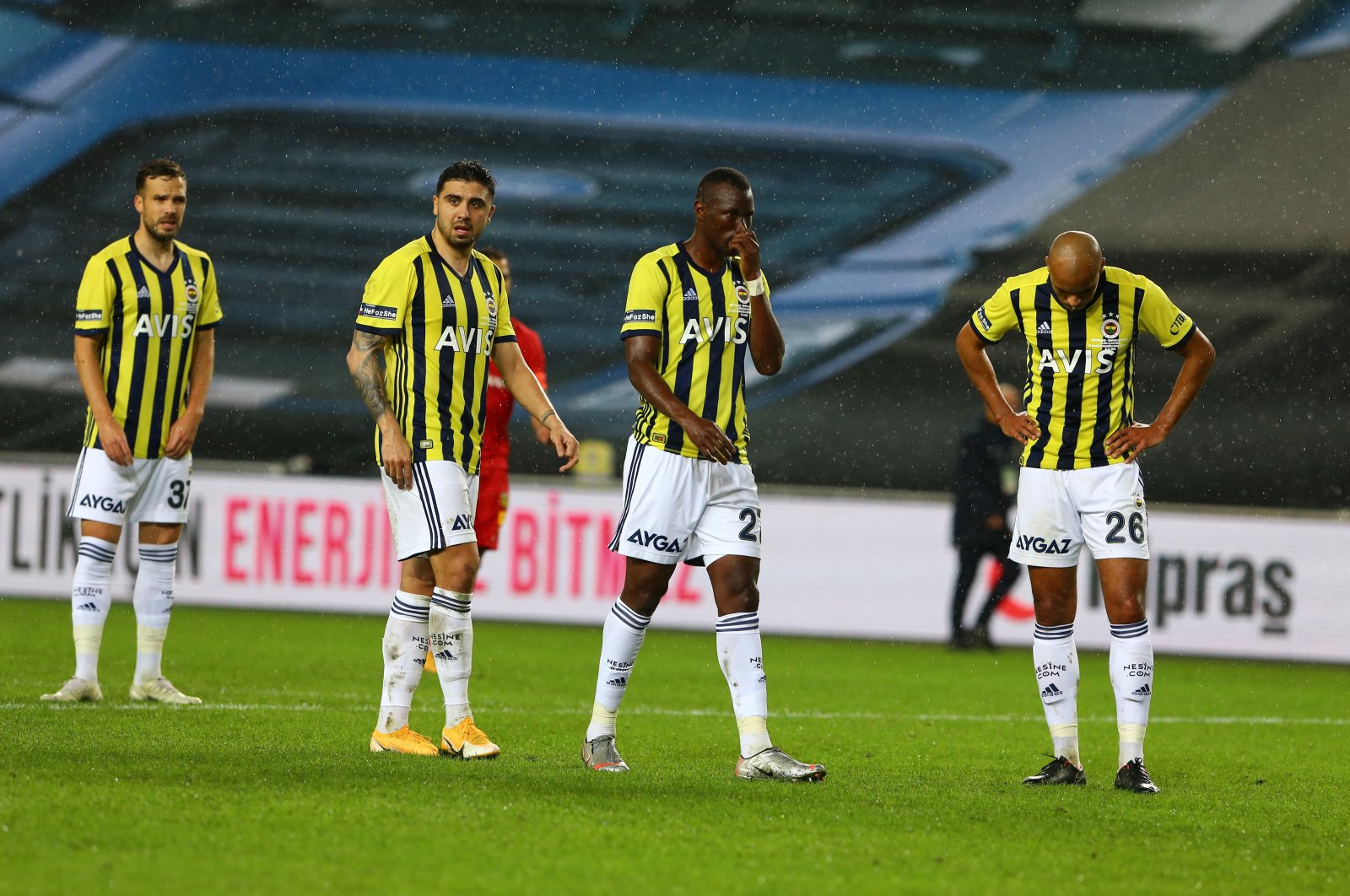 Threatening Fenerbahçe’s title campaign with unexpected losses, coach Erol Bulut will need a win against Gaziantep FK to hold on to the title race – and his job

Suffering blows to its Süper Lig title bid with unexpected losses in recent weeks, Fenerbahçe visits Gaziantep FK on Saturday as the Istanbul side hopes to get things back on track with another three points.

Week 13 of the Süper Lig will kick off on Friday with Istanbul sides Fatih Karagümrük and Galatasaray meeting.

Standing at second place with 23 points, just three shy of leader Alanyaspor, Galatasaray could have a chance to climb up to the top if Fatih Terim’s side wins in the opening match.

After suffering setbacks in the initial weeks of the season, Terim managed to pull things together, and Galatasaray fans have been enjoying a solid performance from their team, with the Lions winning six of their last seven matches.

The matchday will progress with a tense Black Sea clash on Saturday when Trabzonspor will host its regional rival Rizespor.

Winning its two matches after the arrival of its new coach Abdullah Avcı, things have gone stale at the former champions.

Drawing with Sivasspor and Kayserispor, Trabzonspor was further stricken after crashing out of the Turkish Cup to second-tier side Adana Demirspor on Wednesday.

A win against Rizespor, which has been challenging Trabzonspor’s claims of being the Black Sea’s strongest club for years, might just be the thing Avcı needs.

While Rizespor has been daring Trabzonspor, the challenge has only remained in words for most of their history, as the latter has enjoyed clear dominion in their previous meetings.

Trabzonspor managed to defeat Rizespor eight times in their past 10 meetings while only losing once and on Saturday, Avcı will be hard-pressed to notch another victory in the tally.

While Avcı arrived at the club just last month and should be safe for the time being, no coach could ever be considered safe at Trabzonspor and Eddie Newton’s departure in just seven matches remains a stark reminder of the fact.

While any other clash between Istanbul’s major teams and Anatolian clubs could be considered a snoozefest due to overly defensive play the humbler teams prefer against their richer opponents, Saturday’s clash could become a dramatic spectacle if Fenerbahçe loses.

With coach Erol Bulut arriving in the summer, Fenerbahçe made a decent start to the season and continued to build up its title campaign as the league progressed.

The Istanbul side’s opponents, however, were quick to learn Bulut’s tactics and developed a counterplay for it. Fenerbahçe has been struggling ever since.

Starting with the 2-0 Konyaspor defeat at home last month, Fenerbahçe has now lost the last three matches at Şükrü Saraçoğlu Stadium, including the 3-0 hammering by a 10th-place Yeni Malatyaspor last week.

Unsurprisingly, grumbling pundits and fans jumped at the chance to blame Bulut for failing to fix the team’s problems, while others claimed he was too inexperienced to coach a major team.

Despite the losses, Fenerbahçe still stands third, tied with Galatasaray at 23 points, but the Istanbul team is slowly approaching a critical juncture where further losses could cause the team to throw in the towel in the title race.

So Bulut and his players will need to secure a win at Gaziantep FK to keep fans pleased and the title race going. Lucky for Bulut, his side managed to win all three previous meetings with Gaziantep FK since its arrival in the Süper Lig last season, so Fenerbahçe will have the upper hand both mentally and physically.

Following its Istanbul rivals in fourth place, Beşiktaş’s three-match winning streak was ended by Alanyaspor with a 2-1 defeat last week.

While coach Sergen Yalçın has since managed to win the fans back with the upturn in form, the Black Eagles will still need a win to keep up with Alanyaspor as a defeat could extend the difference to 10 points.