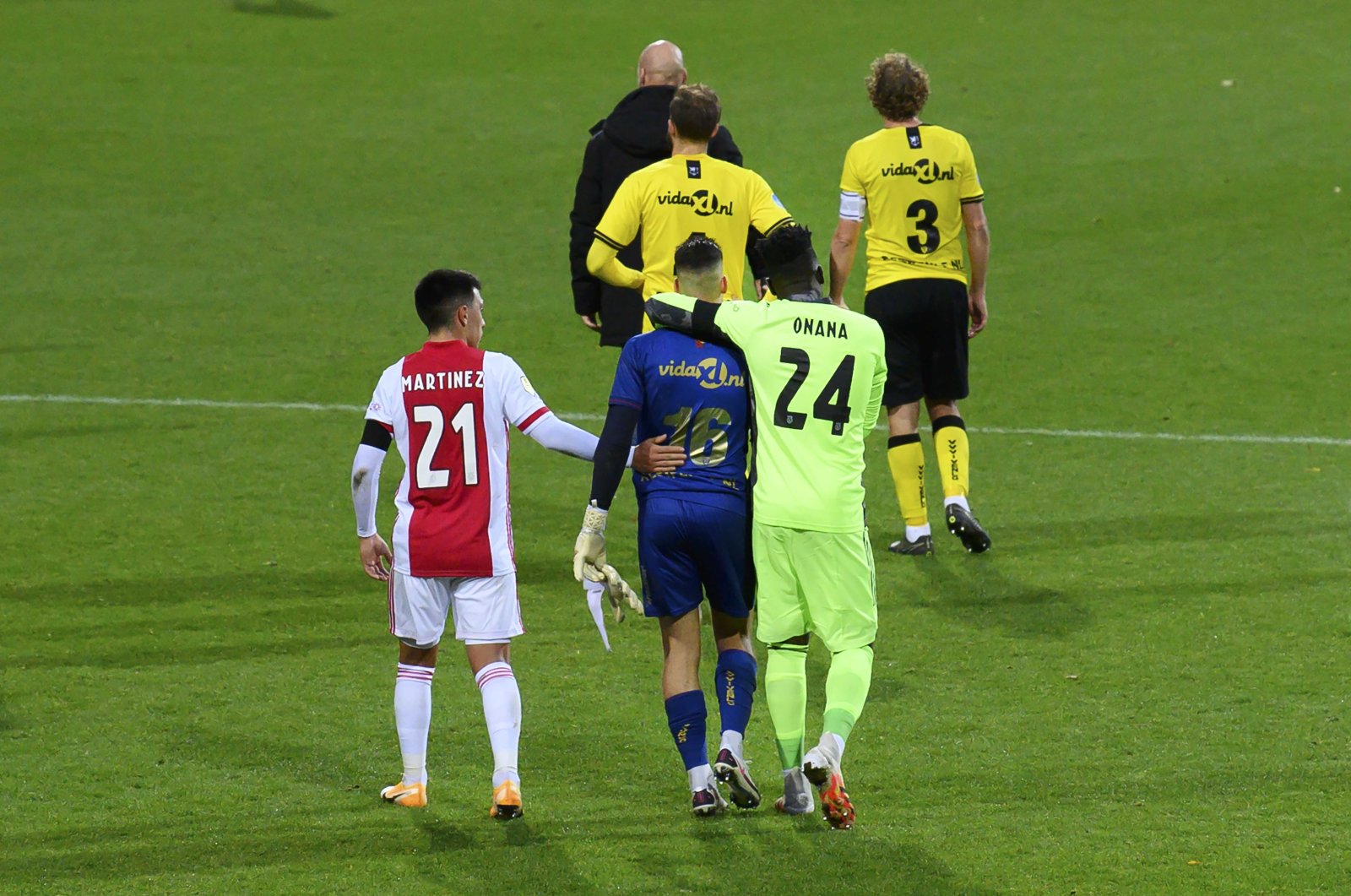 Ajax Amsterdam set an Eredivisie record when they scored 13 goals past a hapless VVV-Venlo side to move to the top of the standings on Saturday, with seven different players getting their names on the score sheet.

All the goals came within 66 minutes as the margin of success eclipsed Johan Cruyff's Ajax, whose 12-1 win over Vitesse Arnhem has stood as the top flight's record win since May 1972 -- the season the Amsterdam club won the league title and the second of their four European Cups.

It fell a goal short of matching the club's record 14-0 win over Luxembourg Red Boys Differdange in 1984 in the now-defunct UEFA Cup.

Led by Lassina Traore, who scored five times and assisted three more, Ajax dominated the contest and were already 4-0 up when Venlo were reduced to 10 men after skipper Christian Kum was sent off on VAR review for a high boot.

The 19-year-old's goals were the first of the league campaign and put him one behind Feyenoord's Steven Berghuis who leads the scoring charts. He is also the first Ajax player to score five goals in an Eredivisie game since Marco van Basten in 1985.

The record 13th goal by the Dutch champions came from Lisandro Martinez in the 78th.

The visitors finished the match with an eye-watering 23 shots on target and could have scored more had Venlo goalkeeper Delano van Crooij not made 10 saves.

The incredible win puts Erik ten Hag's Ajax top of the division, two points ahead of PSV Eindhoven and three in front of third-placed Vitesse with both of those sides facing off at Sunday lunchtime in the sixth round of matches of the 2020/21 season.

Feyenoord and FC Twente, who take on FC Utrecht on Saturday, are four points further back.

Venlo are in mid table on five points with a goal difference of -13 after conceding more than half of all the goals scored against them this season in just one match. They have not won since the opening day of the season.