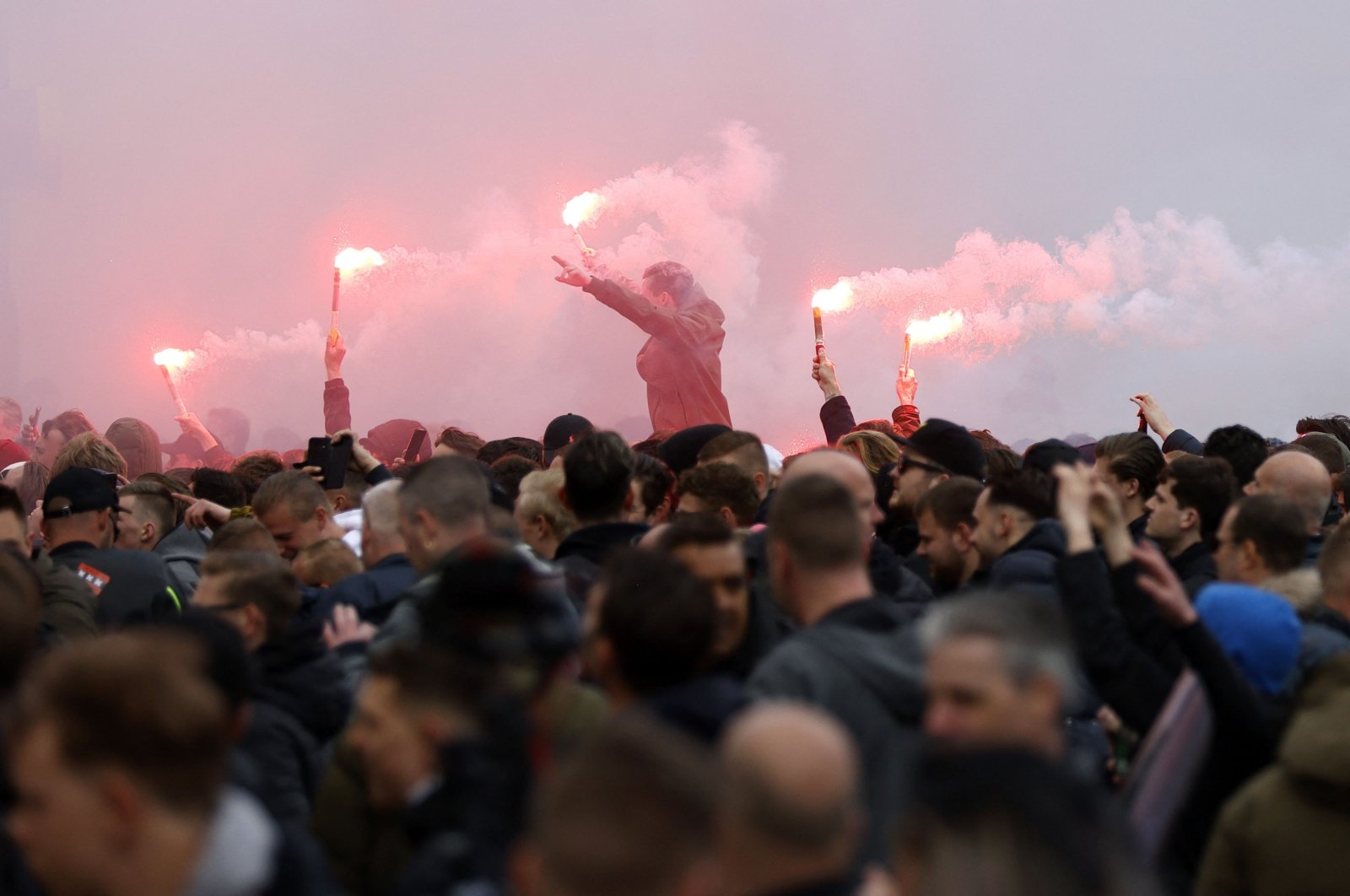 Ajax Amsterdam clinched their 35th Dutch league title on Sunday with a 4-0 victory over Emmen as police appealed in vain to supporters not to gather outside the Johan Cruyff Arena to celebrate.

Before full-time, Amsterdam police urged no more fans to head to the stadium as the nearby streets already were too busy.

Thousands of fans were celebrating the title long before the final whistle, setting off red flares and fireworks outside the stadium, which was empty because of coronavirus lockdown measures.

Jurrien Timber, Sebastien Haller, Devyne Rensch and Davy Klaassen scored as Ajax overran Emmen to take the title with three matches to play in the Eredivisie.

The victory completed a domestic league and cup double for the Amsterdam powerhouse for the second time in three seasons and came just two days after coach Erik ten Hag extended his contract despite speculation he was a potential replacement for the fired Jose Mourinho at Tottenham in the Premier League.

“It's a great moment. It's a shame the stadium is not full,” captain Dusan Tadic told ESPN.

He said reaching the quarterfinals of the Europa League, where Ajax lost to Roma, was also an achievement, “but we are Ajax and we want more.”

After celebrations in the empty Johan Cruyff Arena, the players moved to the stadium's elevated parking lot to show off the season's two trophies to thousands of cheering fans, largely ignoring social distancing guidelines, below as smoke from dozens of flares filled the air.