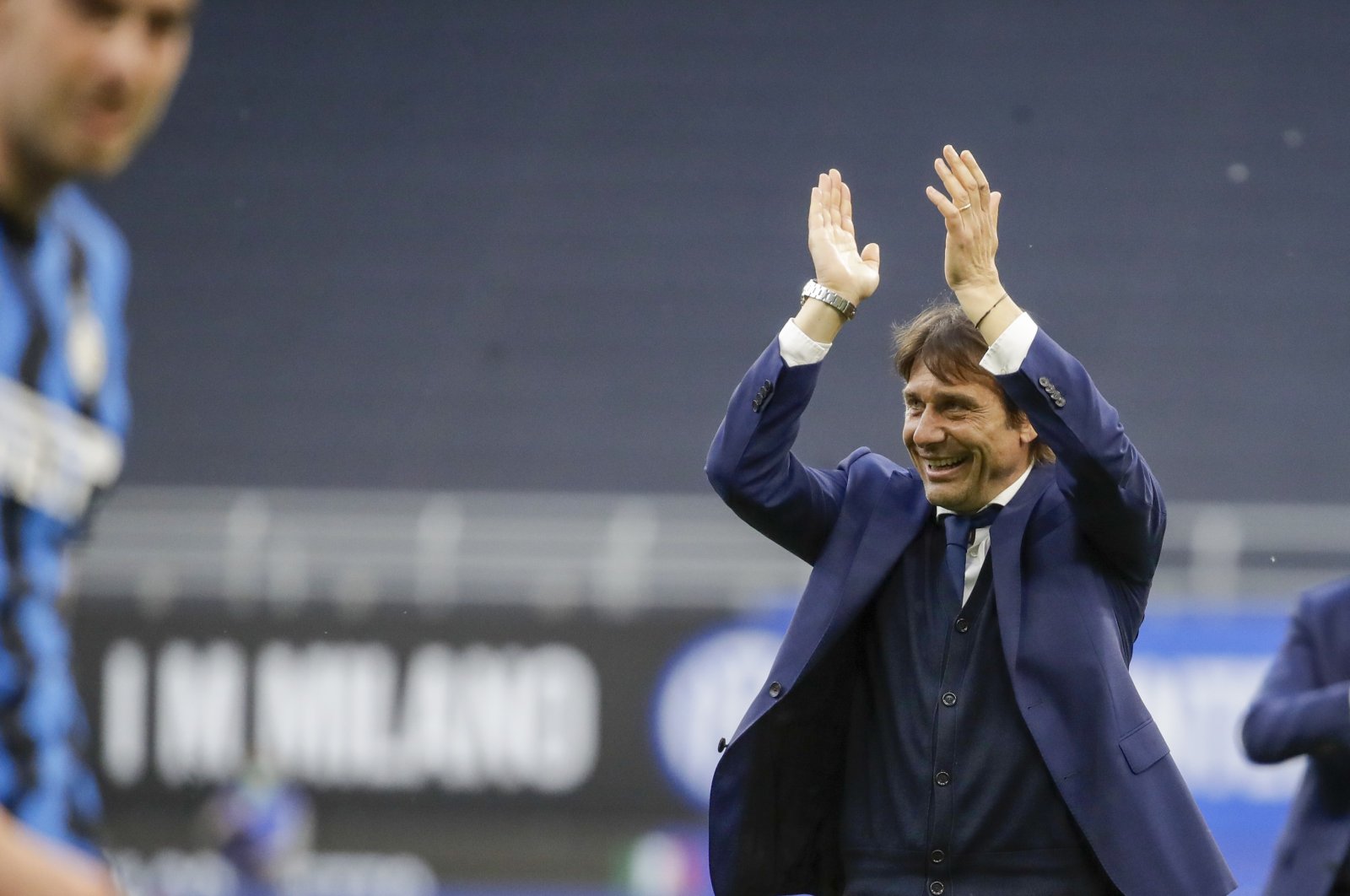 Inter Milan head coach Antonio Conte celebrates at the end of a Serie A soccer match between Inter Milan and Sampdoria at San Siro stadium, Milan, Italy, Saturday, May 8, 2021. (AP Photo)
by Anadolu Agency May 27, 2021 12:10 am

"FC Internazionale Milano can confirm that an agreement has been reached with Antonio Conte for the termination of his contract by mutual consent," Inter Milan said in a statement. "The Club would like to thank Antonio for the extraordinary work that he has done, culminating in Inter's 19th top-flight title. Antonio Conte will forever remain a part of our Club's history."

Inter ended Juventus' league dominance this season with Conte at the helm, winning its first title since 2010.