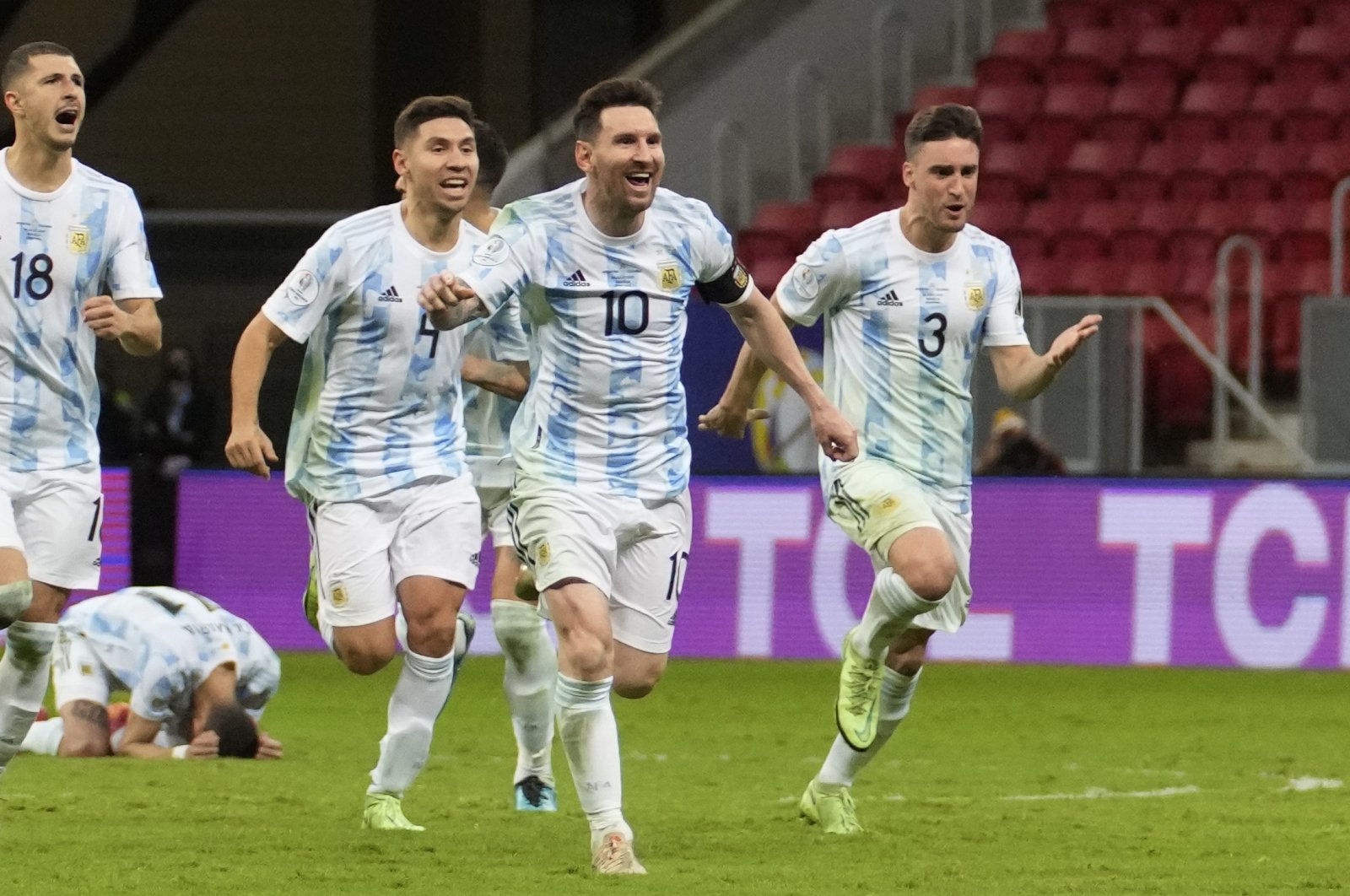 For once, a player not named Lionel Messi took the center stage for Argentina's national team.

Goalkeeper Emiliano Martinez saved three penalties in a shootout against Colombia — using some well-timed trash talk against his opponents — to put his team into Saturday's Copa America final against Brazil.

The 28-year-old Martinez had never played for Argentina when Franco Armani, the team's most frequent starting goalkeeper, tested positive for COVID-19 on June 12. Armani had caught the virus for a second time — doctors believed he had recovered — but protocols meant he had could not play.

Dibu, as his teammates know Martinez, started the tournament and never left Argentina's starting lineup. The Aston Villa goalkeeper had his best performance at Copa America against Colombia not only for the penalties he saved, but also for other stops during regular time.

“They took us to penalties and that’s a question of luck,” an emotional Martinez said after the match at the Mané Garrincha Stadium in Brasilia. "Today it was down to me.”

Argentina could have had a much tougher match against a strong and physical Colombia team had Martinez not stopped with his feet a shot by Juan Guillermo Cuadrado only two minutes after it made 1-0 with Lautaro Martinez in the seventh minute.

Colombia eventually equalized after a fine shot by Luis Diaz and Argentinian strikers, including Messi, missed several opportunities. It was down to Martinez, who made most of his career in England, to take Argentina to the final in the shootout.

As Colombian players got set on the spot, Martinez openly challenged them. He stopped the shots by Davinson Sanchez, Yerry Mina and Edwin Cardona.

“I am sorry, but I will stop you, bro,” Martinez yelled before he stopped Sanchez. “You're laughing because you're nervous," the goalkeeper told Mina. “I know you.”

Martinez teased Colombians so much that the referee asked him to quiet down. Then the Argentina goalkeeper stopped Cardona's shot without uttering a word.

“Dibu is a phenomenon, we knew he was going to stop them,” Messi said after the match. “We know what he is like and we trusted him. He deserves it.”