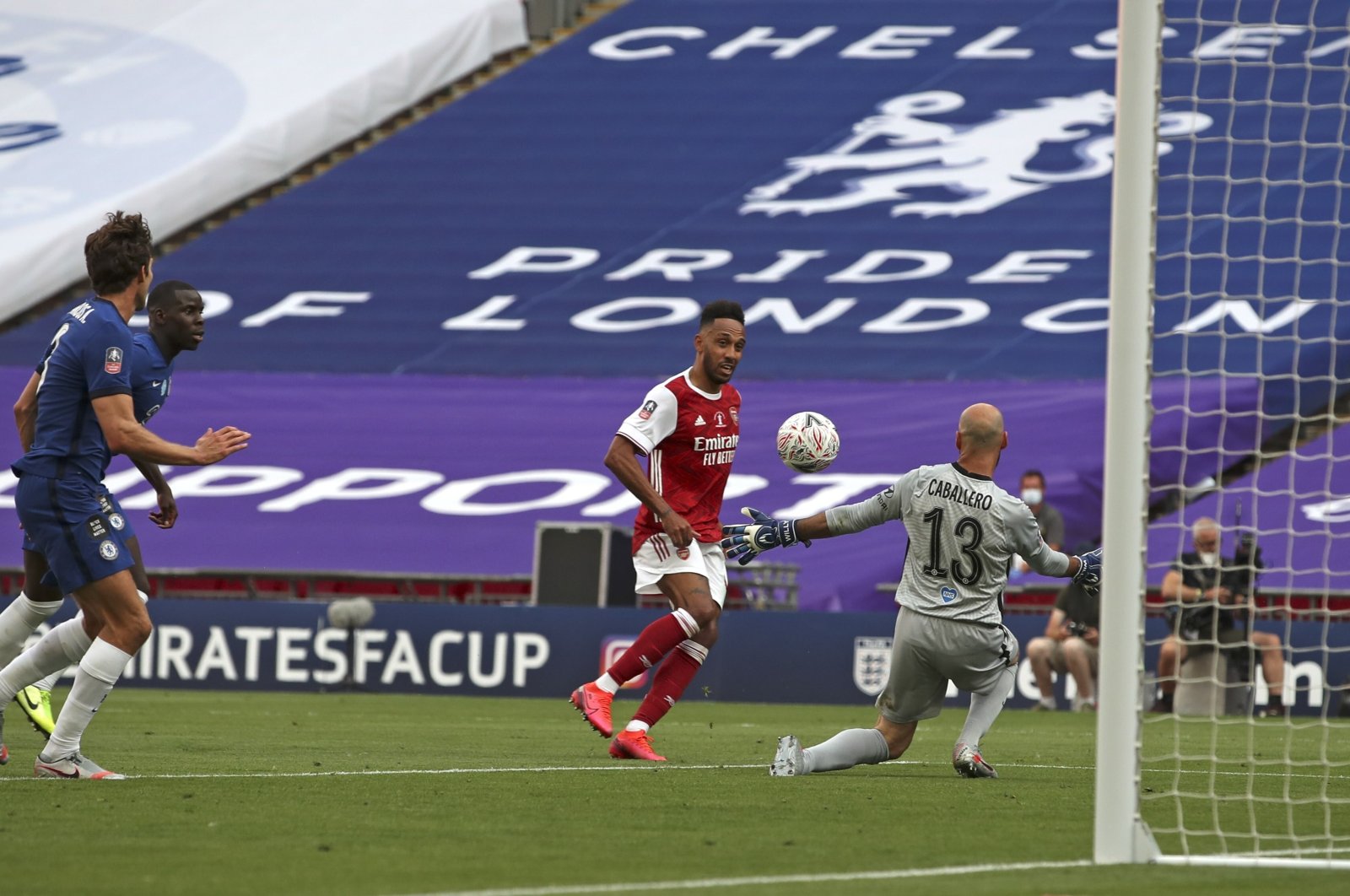 Pierre-Emerick Aubameyang became the hero of the day with two goals leading Arsenal to beat Chelsea 2-1 for the FA Cup at Wembley on Saturday.

Christian Pulisic put Chelsea in front after five minutes, but Aubameyang equalized from the penalty spot at 28 minutes and won it with a brilliant finish midway through the second half.

Chelsea had Mateo Kovacic sent off for a second booking at 2-1 and Arsenal held on to clinch the FA Cup trophy for a record 14th time.

The result also means Arsenal will play in the Europa League next season along with Leicester City while Wolverhampton Wanderers, seventh in the Premier League, missing out. Sixth-placed Tottenham Hotspur will now have to go into the qualifying rounds.

The Gabon striker said Arsenal owed the win to manager Mikel Arteta, who becomes the first man to win the FA Cup for the club as both player and manager.

"I think he deserved this win," Aubameyang said. "I think he did a great job and we're all happy to have him on board, very happy for him."

At a Wembley with no fans due to Covid-19, Pulisic gave Chelsea the perfect start when he showed good feet in the penalty box to put in the opening goal.

Nicolas Pepe thought he had equalized with a superb curling finish but it was ruled out for offside against Aubameyang.

But Aubameyang made amends soon after when he won and converted a penalty after Chelsea captain Cesar Azpilcueta was adjudged to have pulled him back.

Azpilcueta was then forced off through injury and at the start of the second half, Chelsea's problems were doubled when Pulisic was also substituted with a hamstring injury.

Aubameyang then put Arsenal in front with a brilliant finish, turning Kurt Zouma and then dinking a subtle chip over Willy Caballero.

Chelsea's job of getting back into the game was made harder when Kovacic, perhaps, unfortunately, was sent off for a second booking on 73 minutes.