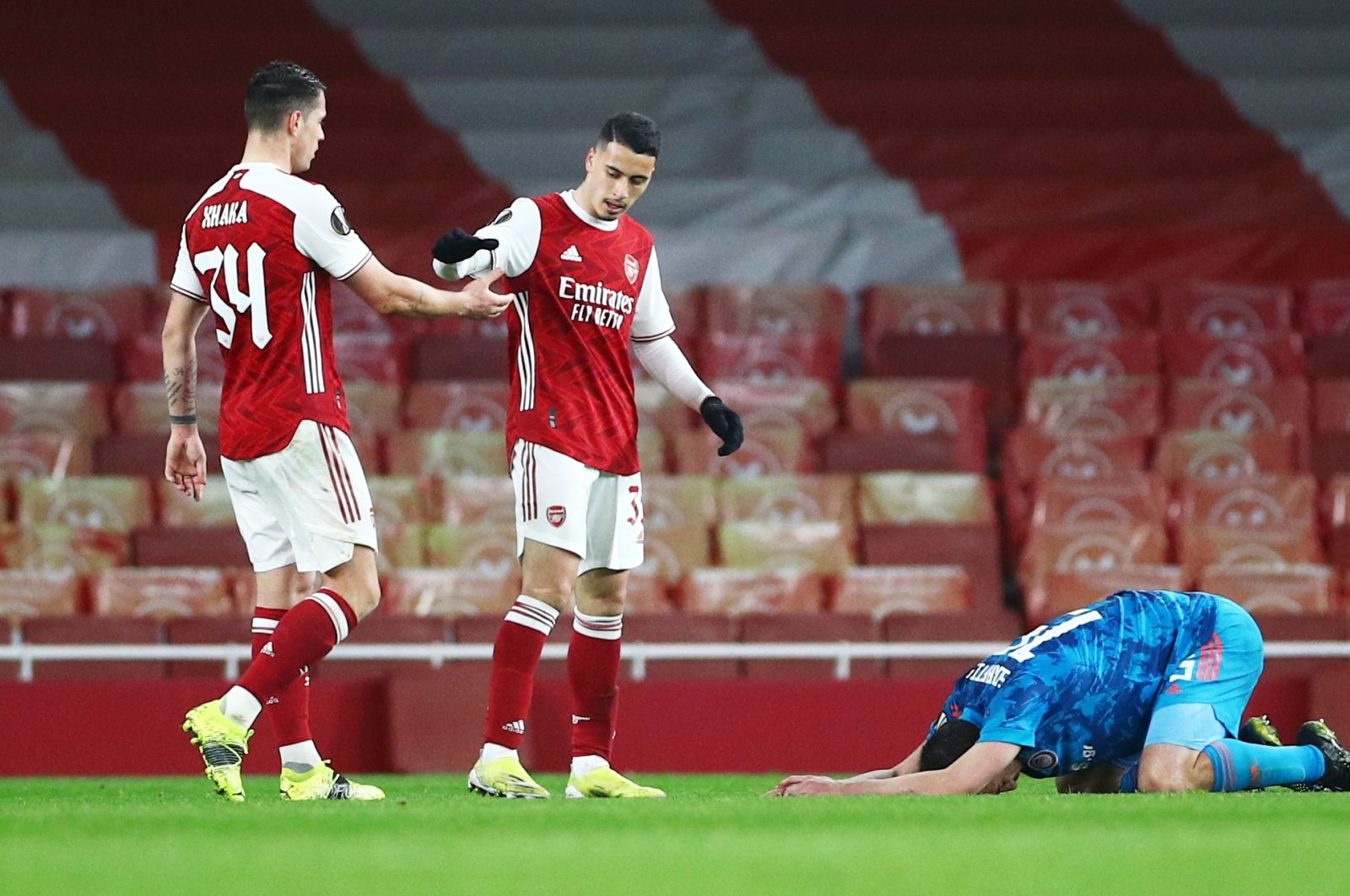 Arsenal endured a nervous night as it lost 1-0 to Greek side Olympiacos on Thursday but progressed into the Europa League quarterfinals 3-2 on aggregate.

After a 3-1 victory in Athens last week and reaching halftime unscathed in the return, Arsenal looked comfortable.

But when Youssef El Arabi's deflected shot left Bernd Leno wrong-footed early in the second half it gave the visitors hope and increased the tension among the home ranks.

Arsenal wasted several late chances to ease the jitters with captain Pierre-Emerick Aubameyang, restored to the starting line-up being left out of Sunday's north London derby for disciplinary reasons, guilty of a poor miss.

Olympiacos had Ousseynou Ba sent off late on and Arsenal were spared any late dramas as it avenged last season's elimination by the Greek champion to take its place in Friday's last-eight draw.