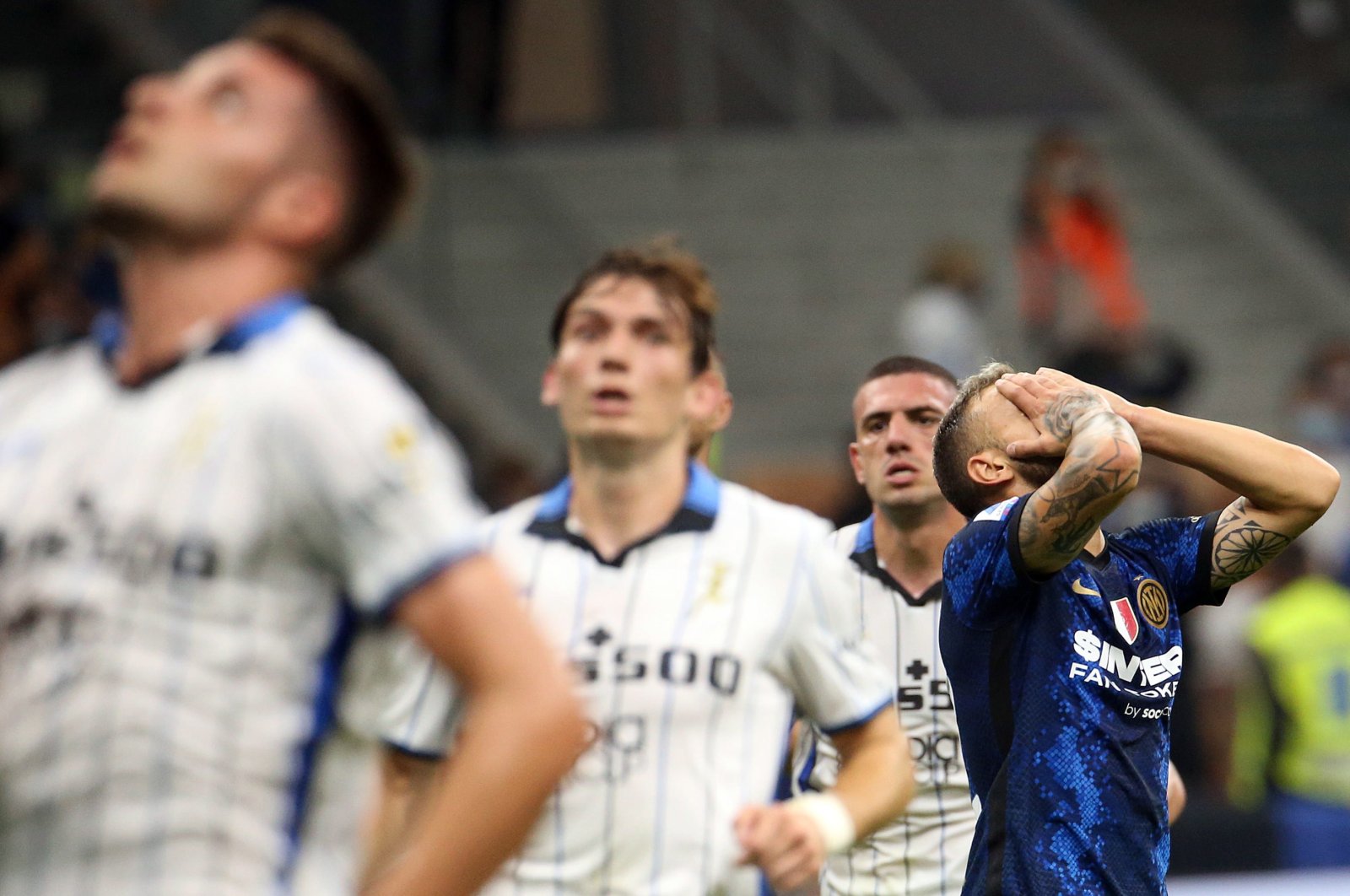 Serie A champion Inter Milan was held to a frustrating 2-2 draw by Atalanta on Saturday before being overtaken by city rival AC Milan, who was inspired to a 2-1 win at Spezia by a third-generation Maldini, Daniel.

Champions Inter sits third, two points behind leader Milan, after a breathless match at the San Siro which ended with substitute Federico Dimarco hitting the bar with an 86th-minute penalty and Roberto Piccoli then having a last-gasp winner for Atalanta ruled out amid frantic protests from the away side.

Atalanta is fifth following the draw which highlighted the attacking threat and the clear intention from Gian Piero Gasperini's side to continue to punch above its weight in Italy's top flight.

"We've got a bitter taste from the draw, we feel that we could have had more," Inter coach Simone Inzaghi told DAZN.

"We fell apart a bit after the penalty, but we were excellent in much of the first half and the second against a very good Atalanta team."

Lautaro Martinez put Inter ahead in the fifth minute with a superb first-time finish before a Ruslan Malinovskyi missile on the half-hour and Rafael Toloi's rebound effort eight minutes later stunned the home fans.

Atalanta could easily have extended its lead early in the second half, with Malinovskyi hitting the post and having a close-range effort saved while Jose Luis Palomino should have done better with his close-range header from a corner.

Inter reacted and Edin Dzeko leveled the scores in the 71st minute when Juan Musso pushed Dimarco's low shot out to the waiting Bosnia forward to tap home.

However, the real drama came in the final 10 minutes as local boy Dimarco lined up for his penalty, given after Merih Demiral handled as Dzeko lined up a header.

The disappointment turned to despondency when Piccoli's weak shot squirmed under Samir Handanovic's hand, only for the whole ground to break out into a huge roar when the goal was chalked off for the ball crossing the byline in the build-up.

"It was a great match, the players tried to win it right up to the very end and we created lots of chances ... We have to be satisfied with having played like that."

Stefano Pioli's Milan came through against a battling Spezia thanks to Brahim Diaz's close-range strike with four minutes remaining, but Maldini stole the show with his first Milan goal on his full Serie A debut.

Over 12 years since his father and club legend Paolo last played for the seven-time European champions, Maldini junior headed Milan into the lead at Spezia two minutes after halftime.

Former Italy defender Paolo, who won almost every honor in the game during his 25 years as a Milan player and is now the club's technical director, celebrated in the stands as his son was surrounded by teammates following the powerful header from Pierre Kalulu's cross.

"I'm pretty calm even though it's been emotional. My teammates help me loads, the coach gives me advice ... Thankfully we came through the match which was very hard," said Maldini.

The defeat was harsh on Spezia, who deserved more than zero points from positive performances in its last two matches against Juventus and Milan.

In Saturday's late match Nikola Kalinic snatched a late point for Verona in an entertaining 3-3 draw at Genoa, who was playing its first match since being bought by American private equity fund 777 Partners on Thursday.

Verona looked to be cruising when two goals ahead early in the second half through Giovanni Simeone and Antonin Barak.

However, Domenico Criscito's 77th-minute penalty and a quick-fire Mattia Destro brace put the hosts ahead with five minutes remaining.

Kalinic headed home in the 91st minute to put Igor Tudor's side 14th on five points, one place ahead of Genoa.