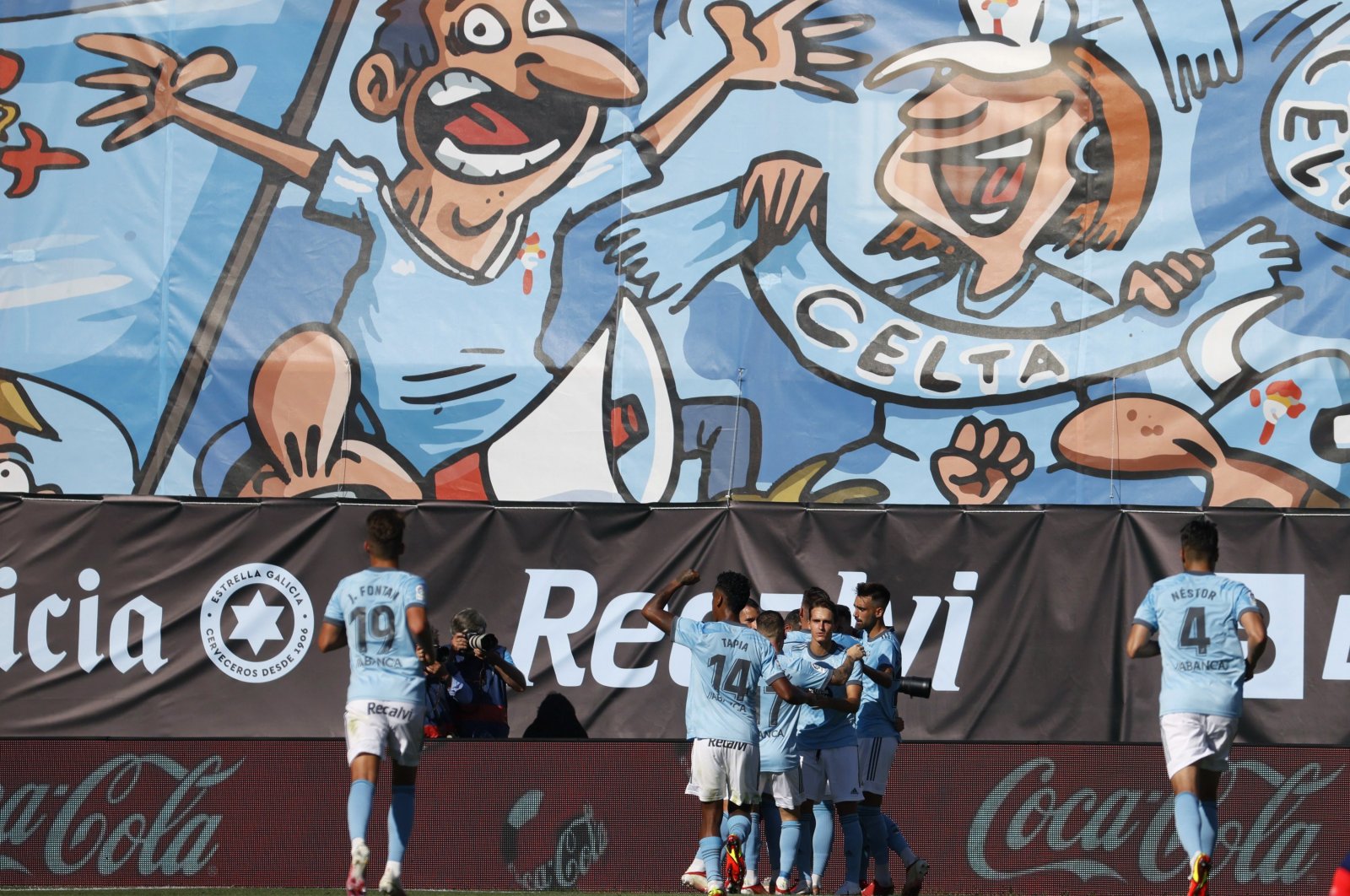 Atletico Madrid began its La Liga title defense with a 2-1 win away to Celta Vigo on Sunday thanks to two strikes from Argentine forward Angel Correa.

The game was marred, however, by a mass brawl at the end that saw a player from each side sent off.

Luis Suarez began the game on the bench and Correa took full responsibility for the team's attacking duties, firing Atletico ahead midway through the first half after a marauding run from Thomas Lemar.

Celta leveled in the 59th minute with a penalty from captain Iago Aspas, but Atletico soon restored their lead when Correa arrowed into the bottom corner after a superb diagonal ball from Saul Niguez, who had been expected to leave the club during the close season.

The game ended in chaos as Celta captain Hugo Mallo and Atletico defender Mario Hermoso were shown red cards in added time for clashing off the ball while players all over the pitch could be seen confronting each other in the melee.

Atletico were fortunate not to concede an equalizer when Aspas rounded keeper Jan Oblak, but the striker somehow missed the target with the goal gaping.

The current champion was forced to defend deep in its own half until the 10th minute of added time to make an ideal start in its bid to successfully defend a league title for the first time since 1951.