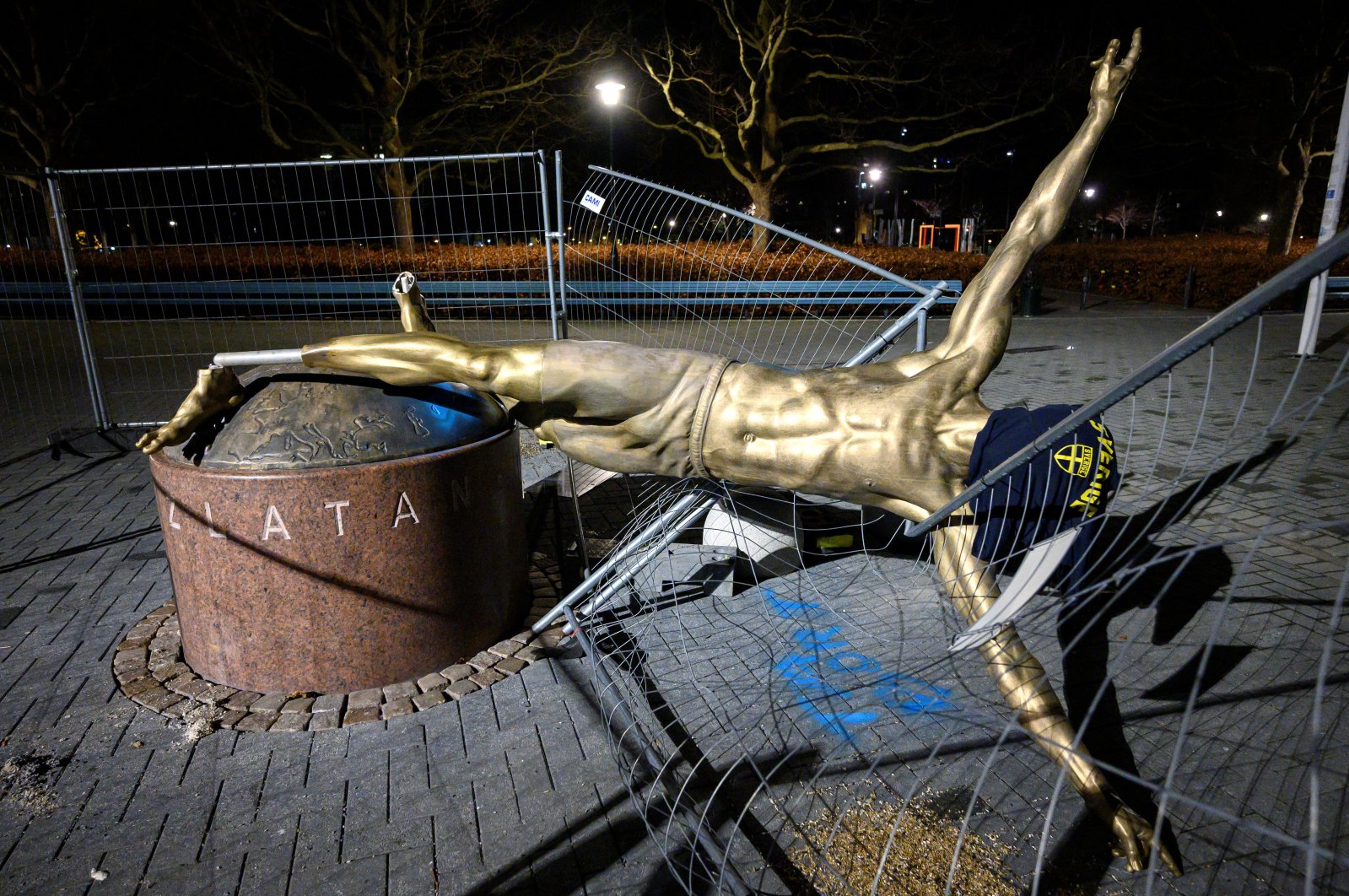 The statue of soccer player Zlatan Ibrahimovic is seen sawn down and destroyed, at the square next to a football arena in Malmo, Sweden, Jan. 5, 2020. (Reuters Photo)
by German Press Agency - DPA May 16, 2020 5:46 pm

A statue of Swedish footballer Zlatan Ibrahimovic that has been vandalized several times in his home city of Malmo is likely to be moved to a new site, a news report said on Saturday.

Malmo daily Sydsvenskan reported that the city council's executive committee was on Monday to approve a move, and ask football club Malmo FF to help suggest another site.

The 3-meter (9.8-foot) high statue was likely to be restored after the summer, the newspaper said. It was originally unveiled in October beside Malmo's stadium.

The statue was removed in early January for repairs after the legs were sawed off.

Several incidents of vandalism have occurred since November when Ibrahimovic announced that he was to buy a stake of Stockholm-based top-flight club Hammarby. The move triggered angry reactions among Malmo fans – Ibrahimovic's former club.

In December, part of the nose was sawed off and the golden statue was covered in silver paint.

Ibrahimovic, 38, is currently under contract with Italy's AC Milan. He recently returned to Italy after spending two months in Sweden during the coronavirus pandemic.

While in Stockholm he trained with Hammarby, fueling speculation of a possible return to the Swedish Allsvenskan league.