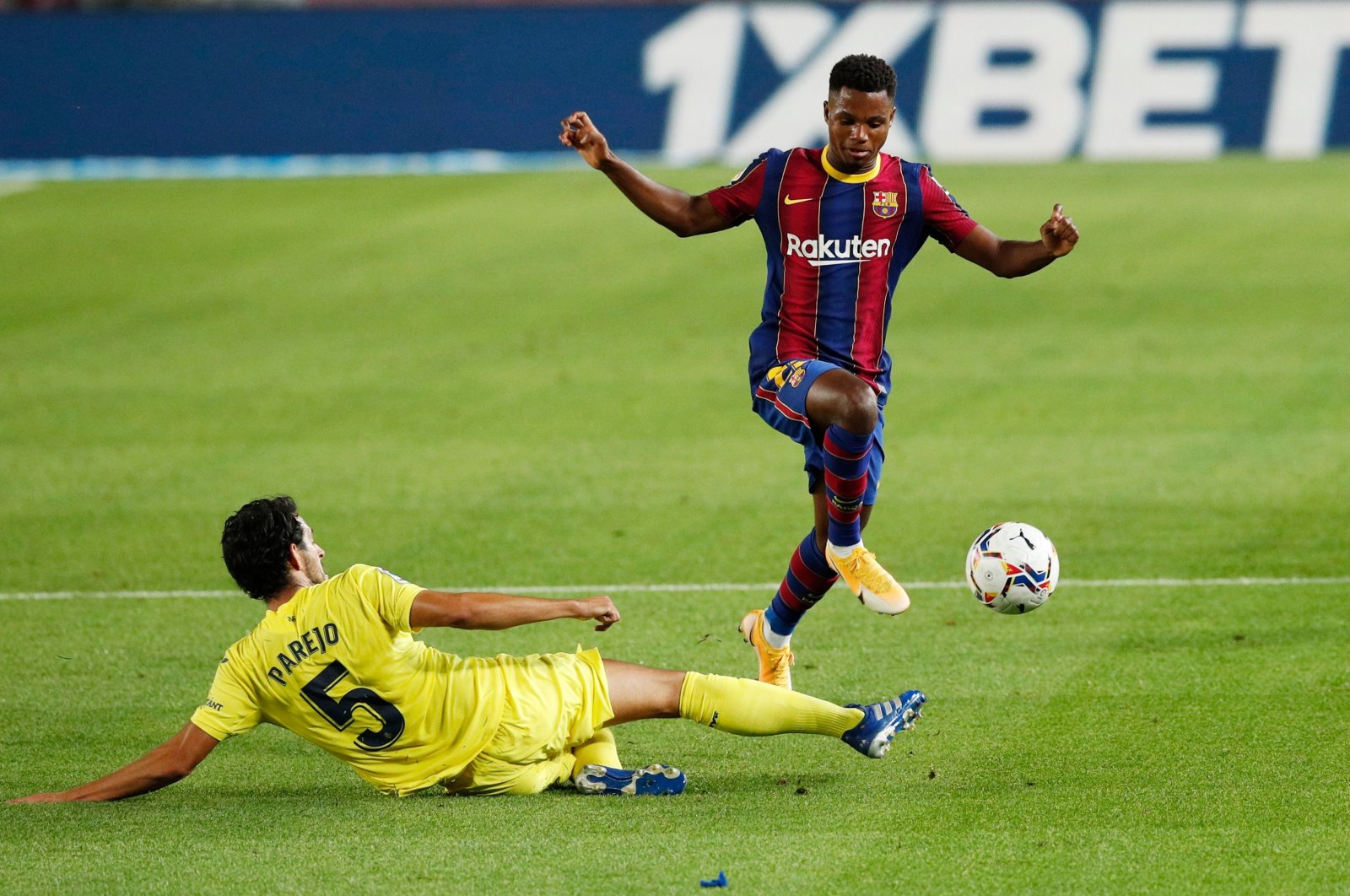 FC Barcelona fans witnessed Luis Suarez strike two goals on his debut for Atletico Madrid, before seeing Fati grab a brace against Villarreal. They will hope that form continues as they make the difficult trip to Vigo

Barcelona Thursday make a return to a stadium in which last season they let the title slip from their grasp, once again taking on Celta Vigo.

The team no longer has Luis Suarez, who scored in that game, but they do have the benefit of Ansu Fati.

The 17-year-old scored his eighth and ninth goals since his professional debut Sunday, as Barcelona thrashed Villarreal 4-0.

"Playing alongside Leo Messi is a luxury for me. He always looks after me and gives me advice," he said after a stellar performance that saw him win a penalty that Messi converted into points.

"We have to take care of Ansu," cautioned Barcelona's experienced midfielder Sergio Busquets. "He has incredible raw talent but we should not take it too fast with him."

Barcelona certainly never took their time with Villarreal on Sunday, scoring four past them in the first half of Ronald Koeman's first game in charge. They can expect a tougher test away in Vigo. The Spain striker Iago Aspas was in the goals again Sunday as he scored in Celta's 1-1 draw with Valladolid.

It was his 104th league goal for the club, equalling a record set 67 years ago by Manuel Hermida Losada. Aspas has scored all three of Celta's goals so far this season.

Already having clocked up two goals for the season is Luis Suarez, who managed a brace as a second-half substitute on his Atletico Madrid debut.

Atletico ran out 6-1 winners against Granada on Sunday and Diego Simeone declared after the game: "Luis did what he knows best: play for the team."

Suarez added: "If you can help the team by scoring goals on your debut then you go away happy."

Atletico Madrid are set to travel to Huesca Wednesday, while on the same night Real Madrid will play their third game of the season, at home to Valladolid.

Coach Zinedine Zidane was happy with the 3-2 victory over Betis Saturday with Uruguayan midfielder Fede Valverde believing he has found the form that made him such an important player in the early part of last season.

He scored in the win and said: "It was hard for me to come back (last season after lockdown) because I did not do things a good professional should do. I have to learn to be critical of myself."

Toni Kroos' participation in the game will depend on tests due to be carried out Monday. He was forced to hobble away due to a muscle problem before half-time on Saturday.

Elsewhere in La Liga during this midweek round of matches, Real Sociedad host Valencia and Getafe face Betis. Villarreal will be glad to be back in action after coach Unai Emery apologized for their performance against Barcelona. They are home to Alaves.

Eibar will play newly-promoted Elche, Athletic Bilbao host another promoted outfit, Cadiz, and Sevilla, who won their first game of the season against Cadiz on Sunday, meet Levante.

In the meantime, Granada's game at Osasuna has been postponed due to the home team's involvement in the Europa League on Thursday.