Barcelona back at the Camp Nou for Braithwaite's Leganes reunion 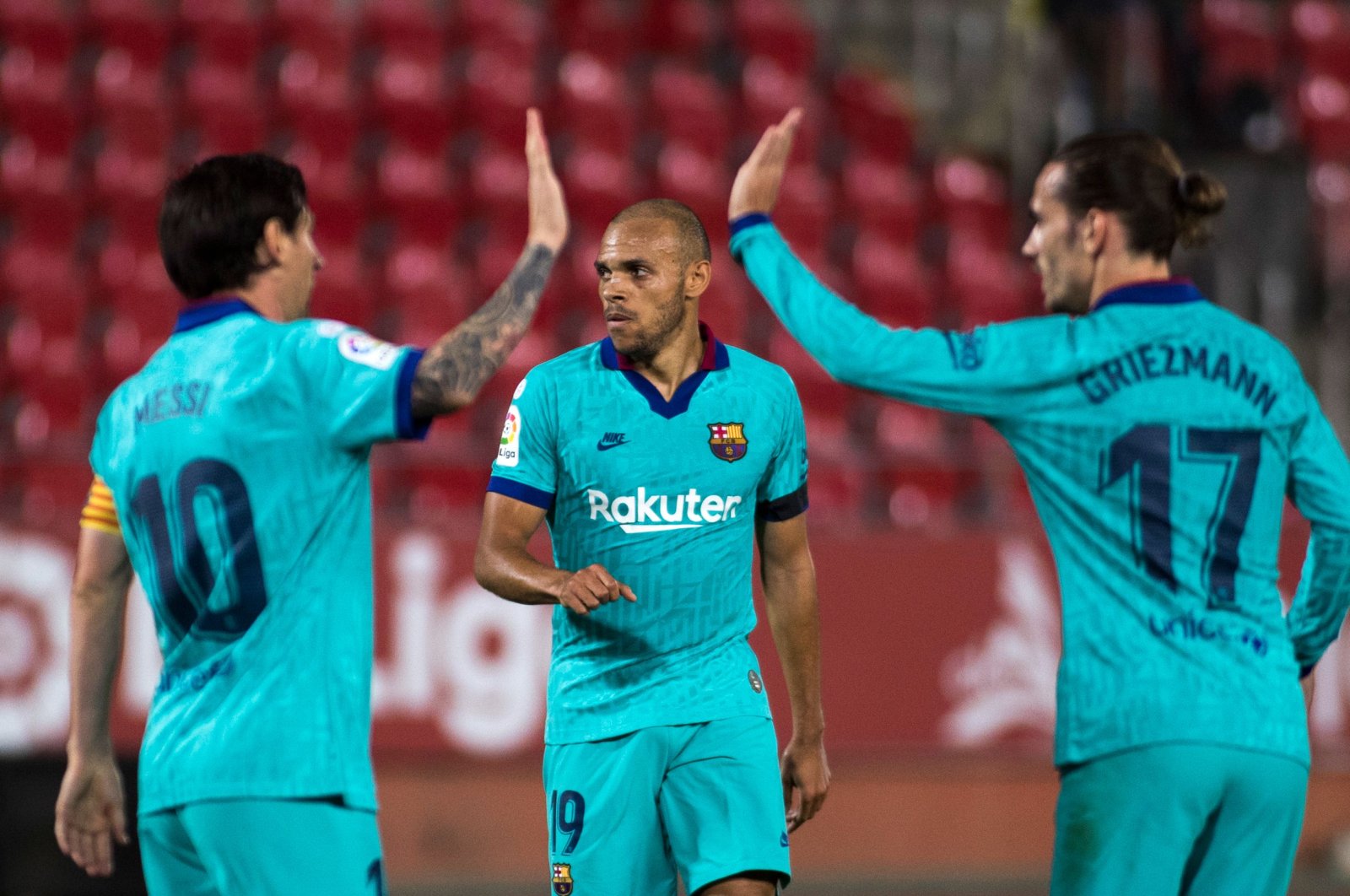 Barcelona will play the first home game for over three months when it faces Leganes this week. It will be a special game for forward Martin Braithwaite, against his old club

When Barcelona returns to the Camp Nou on Tuesday, three months and one week after Spanish football went into lockdown, it will do so against a side with special motivation to topple them.

Not only will visiting Leganes be desperate to get the three points in its fight against relegation, it is still reeling from having lost its best player Martin Braithwaite to Barcelona in February.

Barcelona was given special dispensation to sign a striker outside of the January transfer window after it was confirmed that an injury to Ousmane Dembele would keep him out for at least five months.

Leganes could do nothing to stop Braithwaite's departure once Barcelona paid his 18-million-euro ($19.4-million) buyout clause.

Braithwaite scored his first goal for Barcelona Saturday in a convincing 4-0 victory over Mallorca.

Mallorca's defeat was the only piece of good news from a miserable weekend for Leganes. It lost 2-1 to Valladolid and is now level on points with bottom team Espanyol who beat Alaves.

"It's a special rival for me because I know so many people at the club [Leganes] but there are no friends out on the pitch," said Braithwaite after his goal helped Barcelona beat Mallorca.

"I'm really happy for my goal. All attacking players want to score and I have worked very hard during this break."

Asked about the positives he took from the win over Mallorca Barcelona coach Quique Setien also picked out Braithwaite.

"The goal and the performance of Braithwaite made me happy. I think it was an important moment for him," he said.

There is a chance Braithwaite will be spared facing his former teammates if Setien opts to start with Luis Suarez who played his first football since January on Saturday.

Setien said: "It was very satisfying to see him back on the pitch. In 35 minutes he did five or six things of such high quality."

Leganes coach Javier Aguirre said after his team's defeat to Valladolid: "We are anything but dead yet. We have to go on giving everything in each game."

Barcelona's rivals for the title, Real Madrid hosts Valencia in its second game back on Thursday.

The Spanish giants also made light work of their return with a comfortable 3-1 victory over Eibar at the Alfredo di Stefano stadium, although coach Zinedine Zidane was less than happy with the way they eased up in the second half.

Valencia dropped two points in its first game back when it hosted Levante and conceded an equalizer to a late penalty. It is seventh, a long way from its Champions League target but coach Albert Celades said: "Some of the players have spoken about the target of the Champions League, but my objective is to go one game at a time. I would rather concentrate on the game [against Madrid] Thursday.