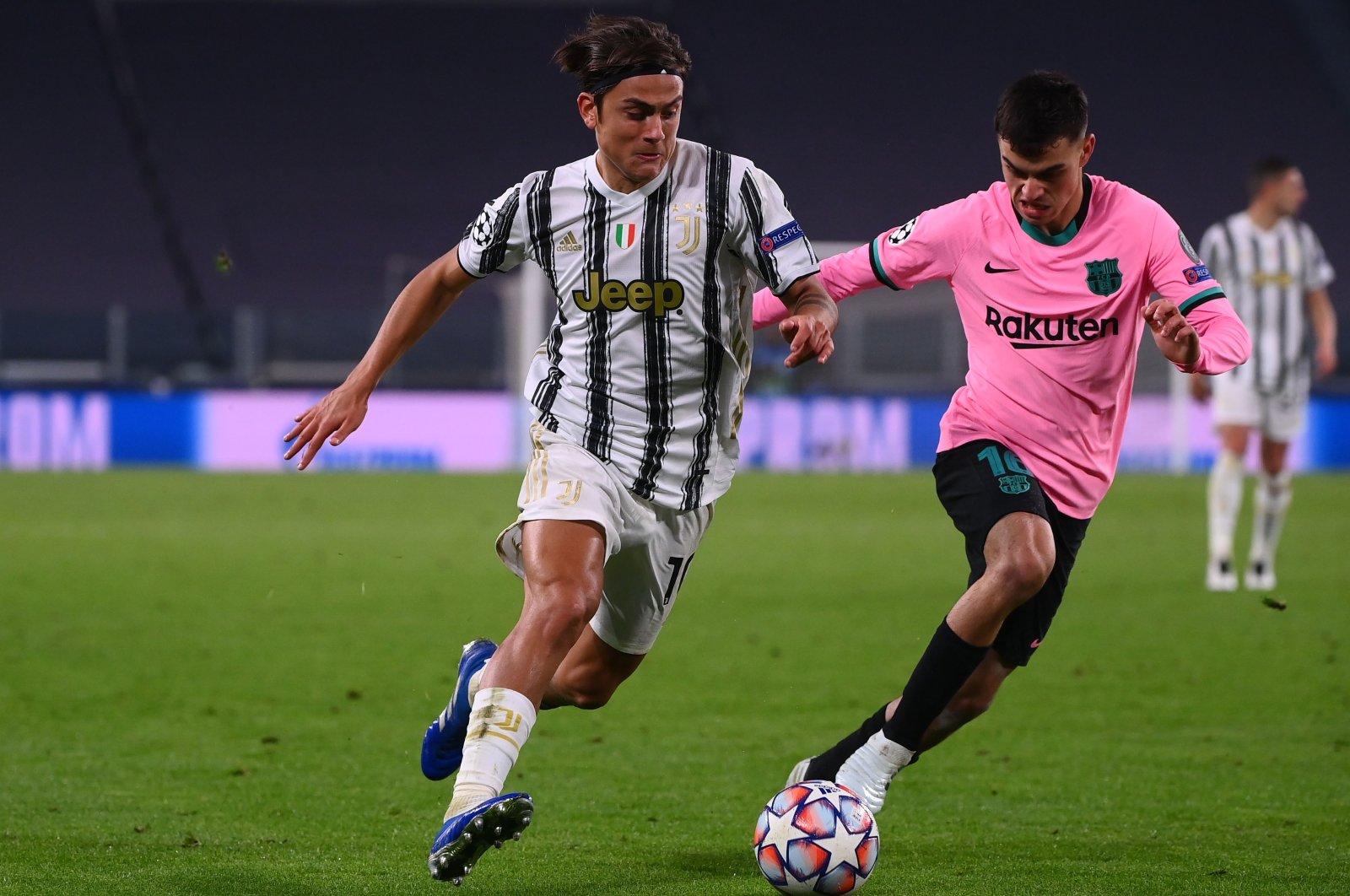 Barcelona played some of its best football in a while to win 2-0 at Juventus on Wednesday in a Champions League match that offered plenty of entertainment even though the absence of Cristiano Ronaldo prevented a highly anticipated matchup between him and Lionel Messi.

Ronaldo was out for the game, more than two weeks after the Juventus forward initially tested positive for the coronavirus. Alvaro Morata, who scored twice against Dynamo last week, again replaced Ronaldo but frustratingly had three goals ruled out for offside.

Messi converted a late penalty for Barcelona after Ousmane Dembele had given the visitors the lead in the 14th minute.

Barcelona took the sole lead of Group G, three points above Juventus. Dynamo Kyiv and Ferencvaros have one point each after drawing 2-2 on Wednesday.

Barcelona has been in turmoil this week after losing El Clasico 3-1 at home to Real Madrid last weekend, while club president Josep Maria Bartomeu and his entire board resigned on Tuesday.

But the scoreline could have been worse for Juventus if the visitors had been more clinical with their chances.

Barcelona almost took the lead with less than two minutes on the clock as former Juventus midfielder Miralem Pjanic forced a save from Wojciech Szczesny before Antoine Griezmann’s follow-up bounced off the left post.

It didn’t take the visitors much longer to break the deadlock. Messi played a great ball over the top to Dembele on the right flank and he cut inside before unleashing a shot which was deflected into the far top corner.

Juventus thought it had leveled instantly but Morata’s effort was ruled out for offside.

Barcelona almost doubled its lead in the 23rd minute when Griezmann played a delightful backheeled flick to release Messi but the Argentina international fired wide of the right post.

Morata had another effort ruled offside and Szczesny again came to his side’s rescue late in the first half with two saves in quick succession to deny first Messi and then Griezmann.

Morata finally appeared to get his goal 10 minutes into the second half when Juan Cuadrado acrobatically volleyed Federico Chiesa's cross back into the box and the former Real Madrid forward turned it into the back of the net.

But after a lengthy check by the video assistant referee, and with both teams back in the center of the pitch waiting to kick off, that too was ruled out for offside.

Juventus defender Merih Demiral was sent off with five minutes remaining following a second yellow card and Barcelona sealed the result shortly after when Federico Bernardeschi crashed into the back of Ansu Fati and Messi fired the penalty into the top left corner.