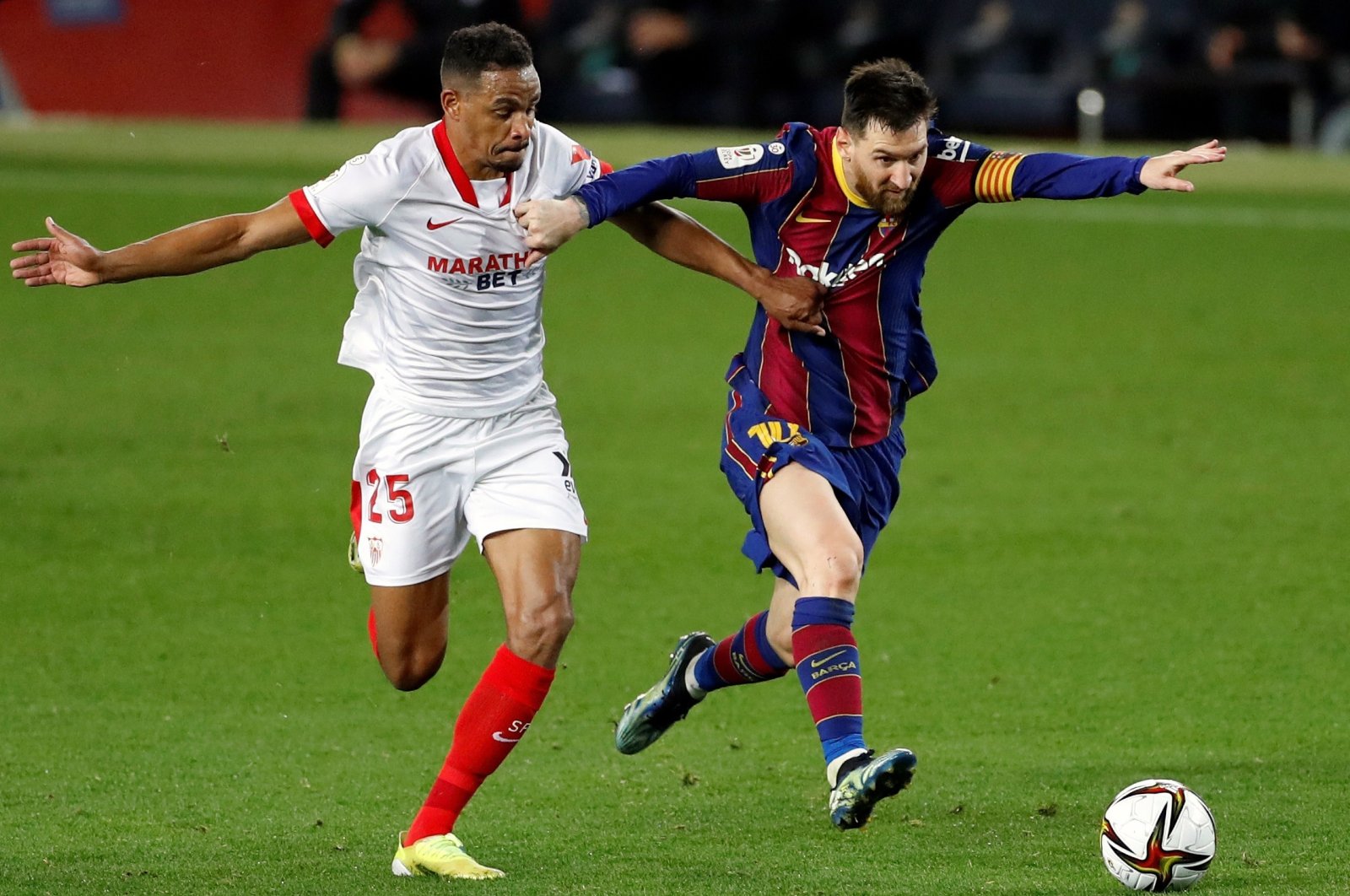 Barcelona eased some of the pressure on the club by rallying late to force extra time and defeat Sevilla 3-0 on Wednesday, reaching its ninth Copa del Rey final in 11 seasons.

Barcelona trailed 2-0 from the first leg but pulled even in the fourth minute of stoppage time, when Gerard Piqué scored with a header to make it level 2-2 on aggregate. Martin Braithwaite then netted early in extra time to give the Catalan club a 3-2 win over both legs.

Goalkeeper Marc-André ter Stegen had kept Barcelona in it by saving a 73rd-minute penalty kick that would have practically ended the team's chances of advancing.

Ousmane Dembélé opened the scoring early for Barcelona, which will be trying to win a record 31st Copa title.

The victory comes two days after former club president Josep Maria Bartomeu was arrested by Catalan police investigating possible irregularities during his administration. It also comes four days before the club holds its presidential elections to try to move on from one of its worst crises ever.

Sevilla was trying to return to the Copa final for the first time since 2018, when it lost to Barcelona. The five-time Copa winner also lost to the Catalan club in the 2016 final.

This season's final will be on April 17 at the La Cartuja Stadium in Seville.

Levante hosts Athletic Bilbao in the other semifinal on Thursday. The teams drew 1-1 in the first leg in Bilbao.