Barcelona crashes out of Champions League with 3-0 Bayern defeat 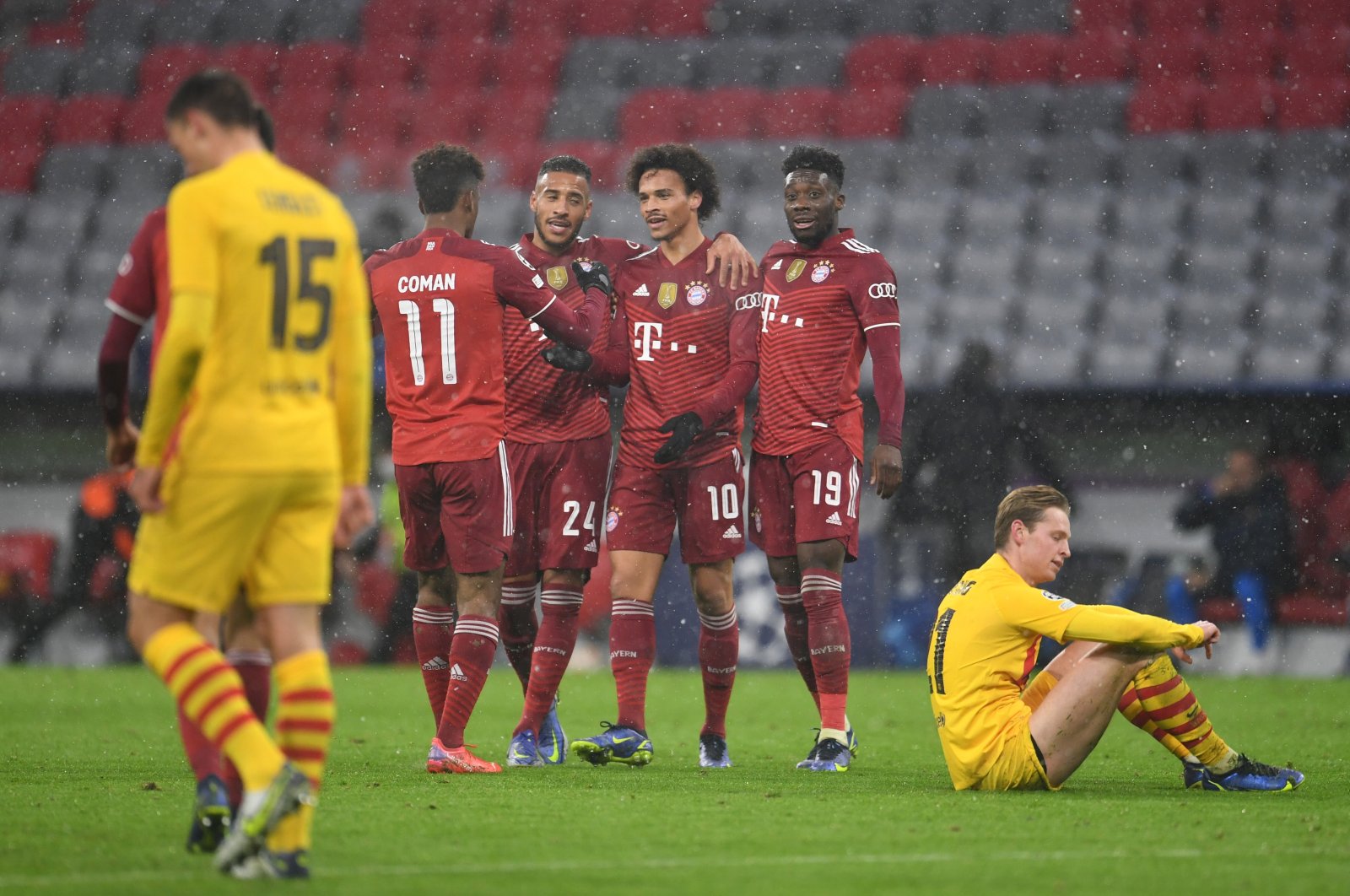 Barcelona will continue its Europe campaign in Europa League as the La Liga giant got knocked out of Champions League on Wednesday following a thorough 3-0 defeat at Bayern Munich.

Bayern had already won Group E going into the final matchday but the victory carries it into Monday's last 16 draw with a perfect record – the third this season alongside Liverpool and Ajax.

Thomas Muller opened the scoring with a 34th minute looping header over Marc-Andre ter Stegen that crossed the line before being hooked clear.

It was the 50th Champions League goal for the record German scorer in the competition and his eighth in seven games against Barca.

Ter Stegen was then badly at fault when Leroy Sane doubled the lead before the break with a long shot that had power but still should have been saved by the keeper.

Jamal Musiala slid in a third to complete the misery for Barca and ensure a repeat of its 3-0 loss to Bayern from their previous meeting at home.

Barcelona had started second in the group but with Benfica hosting already-eliminated Kiev, it knew a win was likely needed to clinch second. Xavi's side never looked like it would find it.

Benfica did survive an early scare but first half goals from former Kiev player Roman Yaremchuk and Gilberto gave them the required victory and saw Barcelona out at the group stage for the first time since 2000.

Group D started with all four teams able to qualify but the ones that began in the qualifying spots finished there. Lille won 3-1 at Wolfsburg, which ended last, to top the group thanks to Burak Yılmaz, Jonathan David and Angel Gomes before Renato Steffen's consolation.

Red Bull Salzburg clinched the runner-up spot on Noah Okafor's goal against Sevilla, which had Joan Jordan sent off. It is the first time Salzburg has reached the knock-out stage.

Sevilla enters the Europa League it has won a record six times and will relish targeting a final played in its home stadium in May.