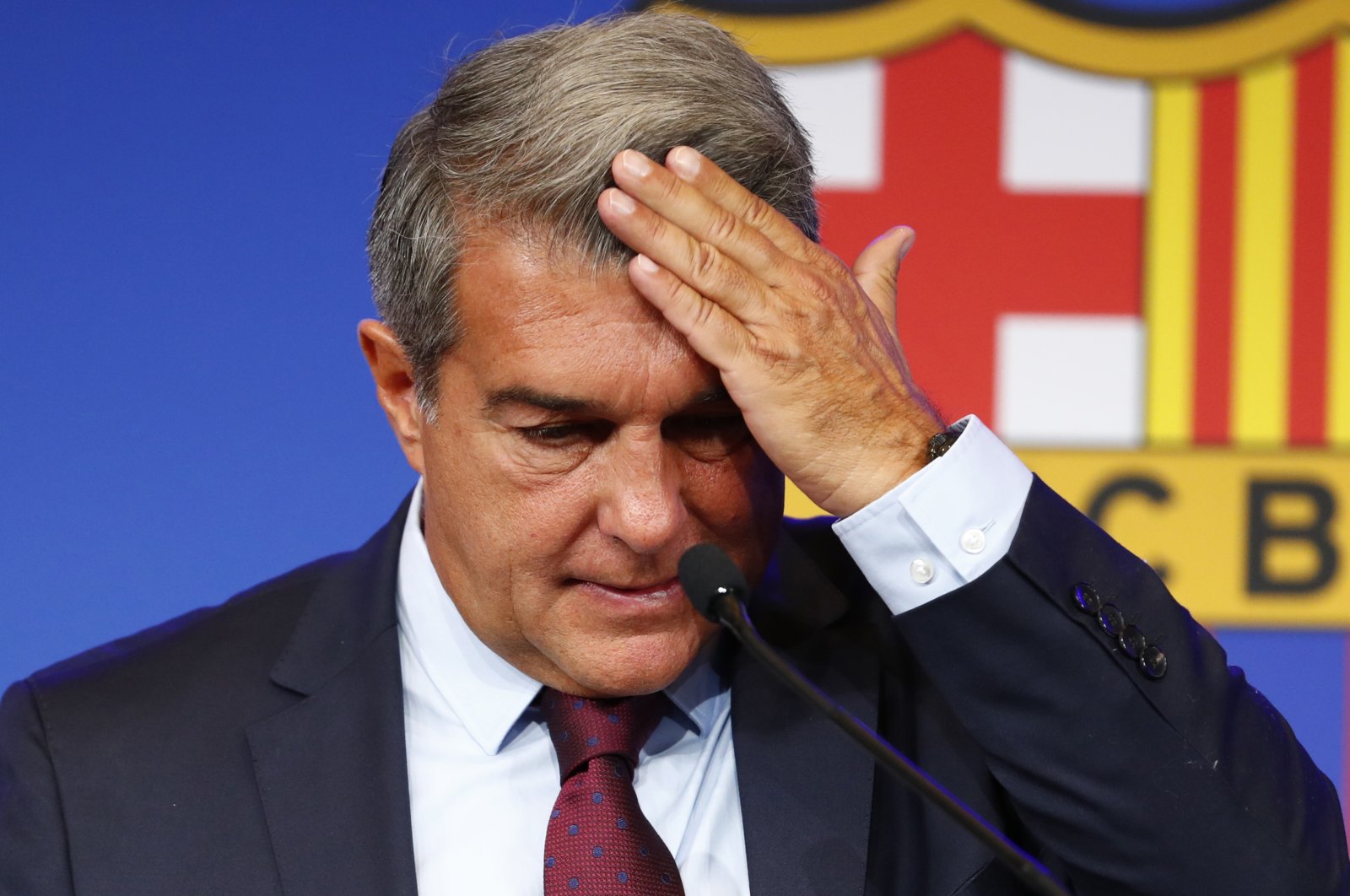 He once again hit out at predecessor Josep Maria Bartomeu for the Catalan giants' financial problems, which have been well documented since it emerged in January that club's total debt exceeded the 1.1-billion euro mark.

Barca's money issues have led to the shock departure of Lionel Messi on a free transfer, while Gerard Pique has accepted a substantial pay cut and fellow captains Sergio Busquets, Jordi Alba and Sergi Roberto are set to follow suit.

But years of what Laporta described as mismanagement by the previous board have caught up with Barca, as he laid out the true scale of their debt on Monday – including some remarkable allegations.

"When we took over we asked for a bridge loan of 80 million euros, granted by Goldman Sachs because we would not have been able to pay the salaries of players and employees," he said.

"The previous board had received an advance of 79 million euros relating to 50% of La Liga's television rights and the banks charged it at 9% interest.

"The reduction of wages by the previous board was not real. We have found those millions in different types of bonuses and variables included in the new contracts.

"A person was also paid 8 million euros to find players in South America."

Laporta called a news conference to respond to an open letter issued by Bartomeu on Friday which effectively pointed the finger of blame for Messi's exit at the current incumbent.