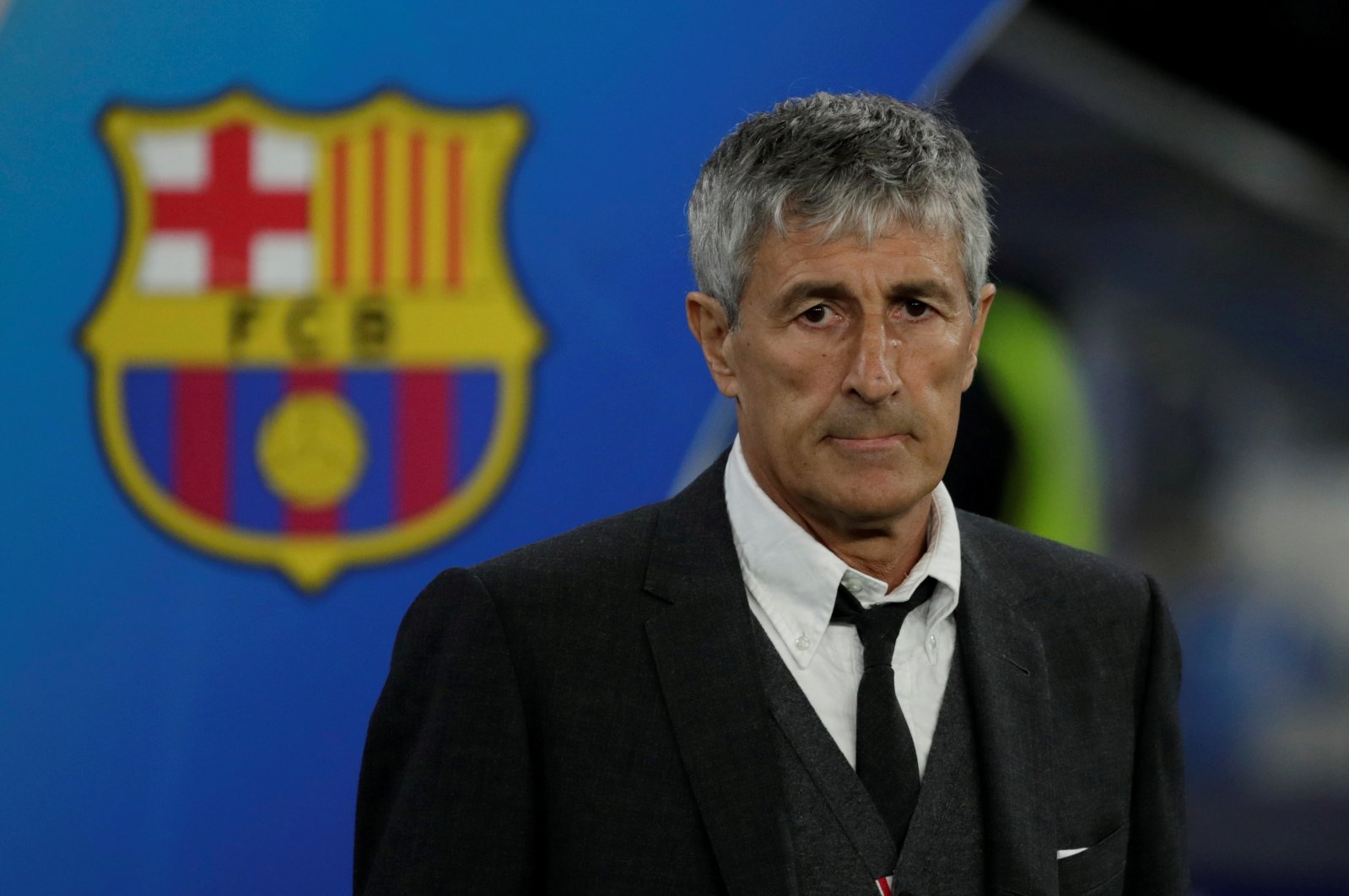 Barcelona fired coach Quique Setien on Monday, three days after the team’s humiliating 8-2 loss to Bayern Munich in the quarterfinals of the Champions League, the first step in what it said would be “a wide-ranging restructuring" of the club.

The decision was announced after an urgent board meeting summoned by president Josep Bartomeu in Barcelona. The club also announced new elections for March 2021 and said “profound changes” were coming for the first team.

A replacement to Setien was not immediately announced but Spanish media said Dutch coach Ronald Koeman was the front-runner to take charge. The former Barcelona defender was reportedly already in Barcelona.

Barcelona said: “The new coach will be announced in the coming days as part of a wide-ranging restructuring of the first team.”

The new elections next March means that the board will “assume full responsibility regarding the 2020-2021 financial year.”

“The club will continue to implement the plan to reverse the sporting and economic situation, based on profound changes to the first team, plus a redefined budget to deal with the new situation caused by COVID-19, before the end of the current mandate,” Barcelona said in a statement.

Bartomeu, who was heavily criticized for his club management recently, has been at the club’s helm since 2014.

The loss to Bayern ended a disappointing season for the Catalan club, the first without a title since 2007-08. The team had already gone through a coaching change when Setien replaced Ernesto Valverde amid poor results in January. The season was also marked by disputes between players and club directors over a series of issues, and the team lost the Spanish league title to Real Madrid despite returning from the pandemic break with the lead atop the standings.

Lionel Messi had been among the outspoken players against some of the club’s decisions, and Gerard Pique made his views clear minutes after the rout against Bayern – arguably the most devastating loss in the history of the 120-year-old club.

“We have hit rock bottom. This club needs changes at every level,” Pique said. “I don’t mean just players and the coaching staff ... the club needs structural changes.”

Many had called for Bartomeu to call early elections to help bring those changes to the club. The president had said after the game in Lisbon that it wasn’t “the time to make knee-jerk decisions.”

Friday’s defeat kept Barcelona without a European title since 2015 and highlighted the possible end of an era for an aging squad. Messi, Piqué, Luis Suárez and Arturo Vidal are all 33 years old, while Sergio Busquets and Ivan Rakitic are 32 and Jordi Alba 31.

Youngsters Ansu Fati and Riqui Puig have shown promise but it remains too early to know how much they will be able to contribute to the main squad.

Setien was hired after good campaigns with Real Betis. The team played only 25 matches during his time in charge, with 16 wins four draws and five losses. Among the setbacks were a defeat in the “Clasico” derby against Real Madrid and a loss to Athletic Bilbao in the quarterfinals of the Copa del Rey.

Former Tottenham manager Mauricio Pochettino and ex-Barcelona player Xavi Hernández were among the other candidates in contention, according to Spanish media, but it was Koeman who looked set to take over.

The 57-year-old Koeman became an assistant to Louis van Gaal at Barcelona in the late 1990s, shortly after retiring as a player. He played with the club in the early 1990s, winning four straight Spanish league titles from 1991-94. He also scored the extra-time winner that gave Barcelona its first European title in 1992.

Koeman played for the Netherlands in the 1990 and 1994 World Cups and won the 1988 European Championship with the national team.

He has been coaching the Dutch national team since 2018, leading it to the Nations League Finals last year. His contract with the national team was valid until after the 2022 World Cup.