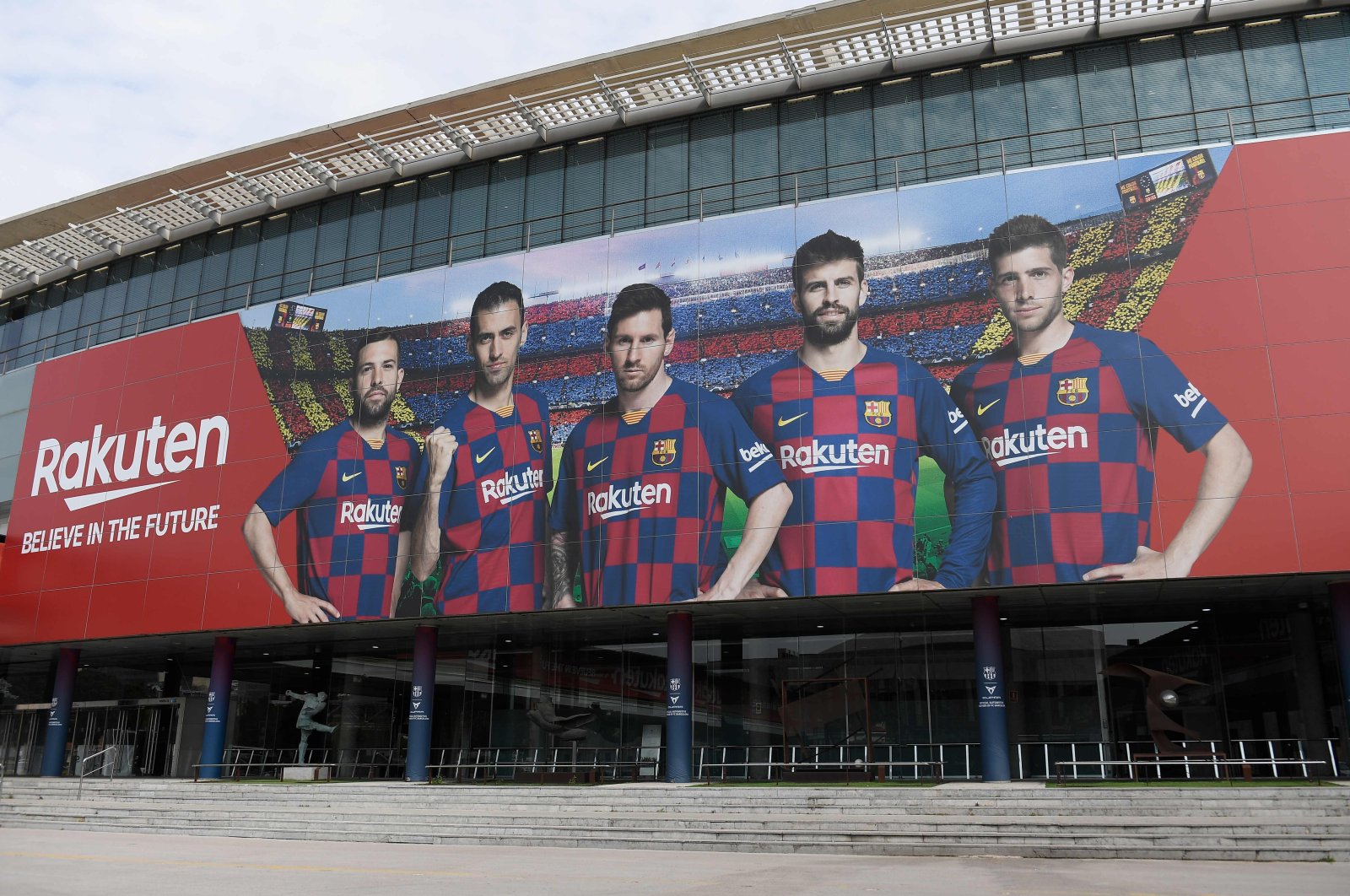 A picture shows the empty entrance to the Camp Nou stadium in Barcelona on March 13, after La Liga said Spain's top two divisions would be suspended for at least two weeks over the coronavirus outbreak. (AFP Photo)
by DPA Mar 23, 2020 2:06 pm

La Liga's leading clubs will be spending most of this week making key decisions that will shape their economic future in the face of the financial impact of the coronavirus.

Spanish media have speculated that Barcelona will announce temporary redundancies to their non-playing staff in the coming days.

But ultimately changes to the contracts of their high-earning players may be what is needed. Barcelona was already struggling to meet its pre-season budget forecast.

Directors announced last September that they would be the first club to break the 1 billion euros ($1.06 billion) barrier for revenue. But that figure was, in part, dependent on selling players which it has struggled to do so.

Now those problems have been multiplied as all revenue streams have been reduced by the effects of the coronavirus.

The club said the postponement of its Champions League game against Napoli alone cost them 6 million euros.