Barcelona, Real Madrid both lose ahead of 'Clasico' 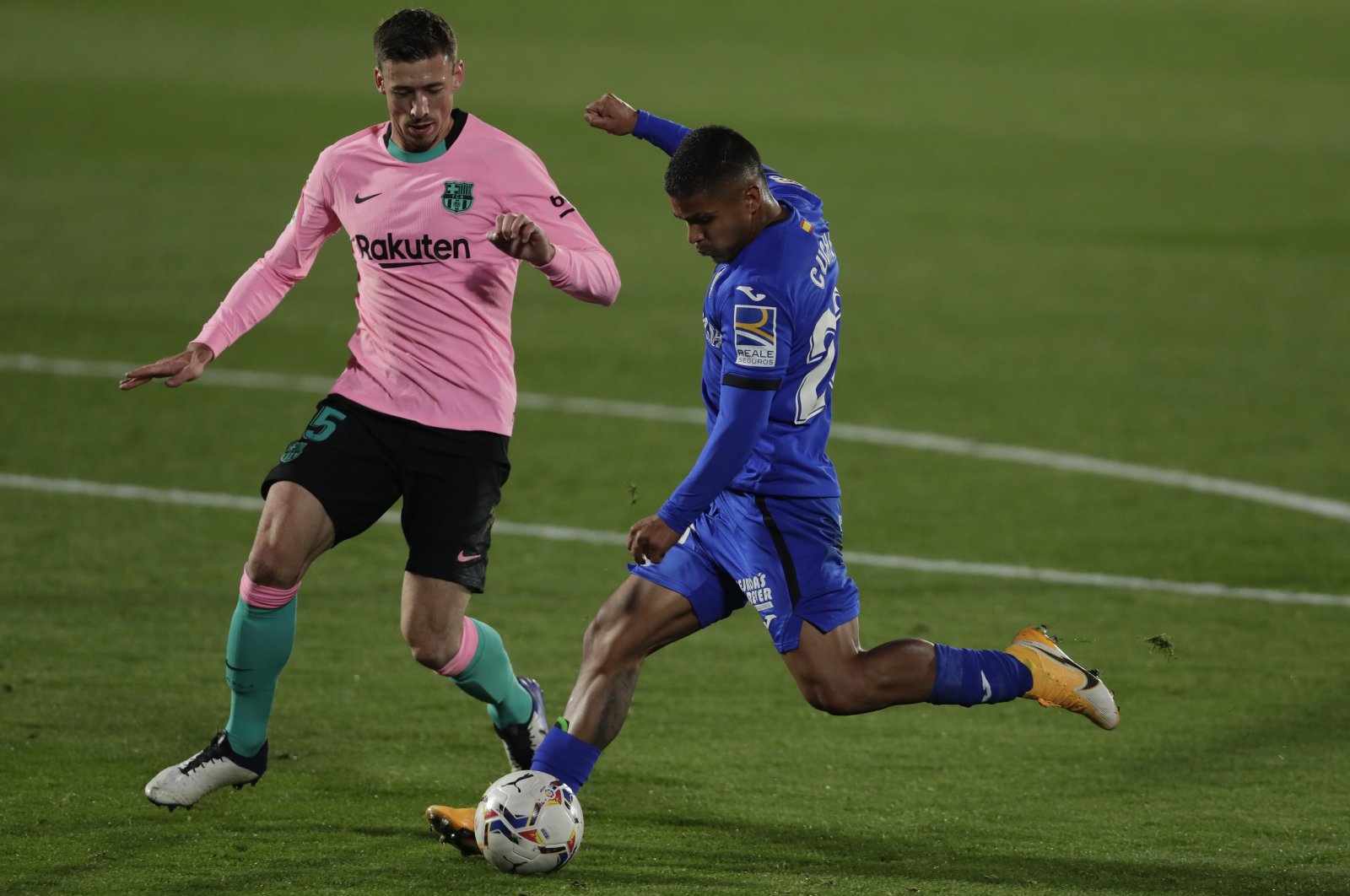 Barcelona and Real Madrid lost for the first time this season on Saturday against modest Spanish league oppositions, increasing the doubts over their stalled attacks ahead of Champions League openers and their own "Clasico" clash.

Barcelona had its first defeat under Ronald Koeman when it lost 1-0 at Getafe, right after Madrid was beaten 1-0 at home by recently promoted Cadiz.

The star-powered attacks of the European powerhouses appeared shackled by their opponents. While Getafe lived up to its reputation as one of Spain's top defensive sides by shutting down Barcelona, Madrid was sloppy and sluggish against an inspired Cadiz that is back in the top flight after 15 seasons.

Sevilla also lost before it visits Chelsea in the Champions League on Tuesday, leaving Atletico Madrid as the only one of Spain's top teams to celebrate a victory. It faces Bayern Munich on Wednesday.

Barcelona didn't have many chances, but they were good ones. Lionel Messi hit the upright in the 20th and Antoine Griezmann wasted a great opportunity on the half-hour mark.

After that, Getafe tightened its marking and Barcelona didn't threaten again until Djene Dakonam almost scored an own-goal late when he cleared a cross onto the crossbar.

Jaime Mata converted a penalty kick for Getafe in the 56th minute after Frenkie de Jong fouled Dakonam on the edge of the area while trying to clear a loose ball.

"We knew it was going to be a hard match," Barcelona midfielder Sergio Busquets said. "We wanted to play at a faster pace, and we tried, but once they went ahead it became even tougher. We have to keep working to improve. This has just started."

Griezmann's struggles continued for another game. France coach Didier Deschamps said last week that he didn't understand why Koeman played Griezmann on the right side instead of the middle of attack.

Koeman tried moving Griezmann into a striker role at Getafe but Griezmann did little to help his cause with a glaring miss. He remained scoreless this season.

Zinedine Zidane was at a loss for his team's performance against Cadiz.

Led by 35-year-old striker Alvaro Negredo, Cadiz proved more dangerous than Madrid, particularly in the first half when the visitors could have gone into the interval with a two-goal advantage.

Negredo set up Anthony Lozano to chip the game's only goal over Thibaut Courtois in the 16th. Sergio Ramos had already stopped a shot from Negredo, and Courtois made several more saves before halftime.

Karim Benzema had Madrid's only good chance to equalize when he hit the crossbar with eight minutes remaining.

Ramos had a knock to the left knee during a clash with Lozano that forced him to be substituted at halftime, casting doubt on his availability for Madrid's Champions League opener against Shaktar Donetsk on Wednesday.

"There is no explanation for what we did today," Zidane said. "We played a bad match, above all at the start, but it was bad in every way. We weren't hustling, we had difficulties from start to finish... Our rival deserved to win. If they had scored two or three in the first half it wouldn't have been a surprise."

It was Cadiz's first league victory at Madrid after losing 11 and drawing one of its previous visits.

Suarez had debuted for Diego Simeone's team by netting twice in a 6-1 rout of Granada after joining Atletico from Barcelona. But since then the Uruguay striker and his teammates had been restrained in 0-0 stalemates against Huesca and Villarreal.

Suarez got back on the board when he scored from a pass by Manuel Sanchez in the sixth. Yannick Carrasco added a second goal in stoppage time when he headed in a rebound after fellow substitute João Felix hit the crossbar.

Diego Simeone may be without Diego Costa at Bayern. Costa asked to be substituted for what seemed to be a left thigh injury early in the second half.

Lucas Torreira made his debut for Atletico in midfield after arriving on loan from Arsenal. He played well but also appeared to end the match with physical problems.