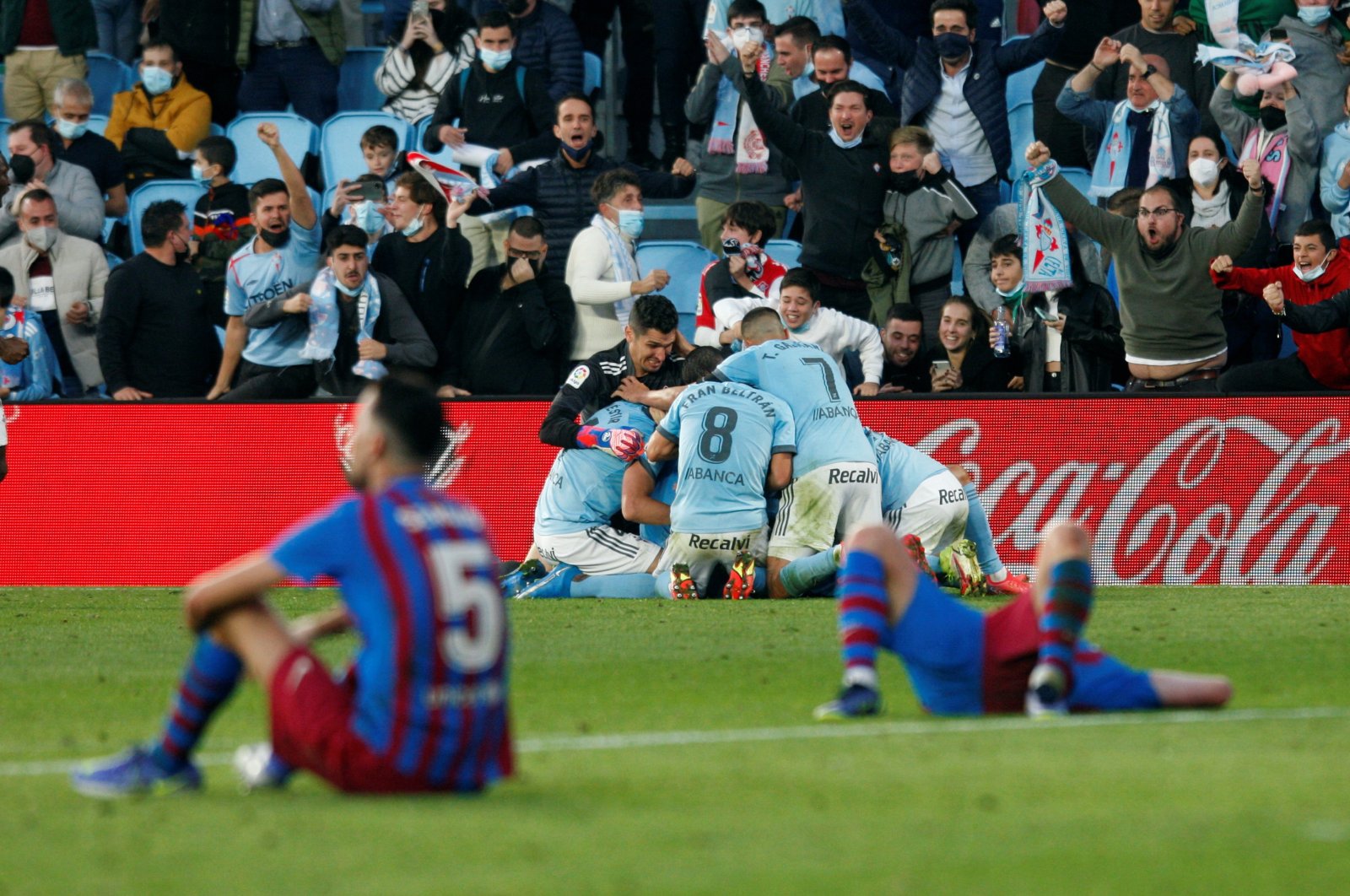 Barcelona wasted a three-goal lead and settled for a 3-3 draw against Celta Vigo in La Liga Saturday, hours after appointing club legend Xavi Hernandez as its new coach.

Real Madrid then held off Rayo Vallecano's revival to win 2-1 and return to the top of the table, two points clear of Real Sociedad, who faces Osasuna on Sunday. Radamel Falcao gave Rayo hope late on.

"We had a lot of chances to finish the game and when they scored, we suffered," said Ancelotti. "But I'm happy. Until their goal, it was our best performance of the season."

Another deflating result for Barca was made worse by another injury for Ansu Fati, who put his team in front and then had to go off with a hamstring problem.

Goals from Sergio Busquets and Memphis Depay had Barcelona 3-0 ahead after 34 minutes at Balaidos but Celta stormed back, Iago Aspas scoring twice either side of a Nolito header to seal a 3-3 draw.

"We forgot how to play in the second half," said Barcelona midfielder Frenkie de Jong. "We lacked personality."

Aspas' equalizer, with a brilliant shot from the edge of the area, came with 95 minutes and 34 seconds on the clock and left the Barcelona players crumpled on the floor.

It is now Xavi's job to pick them up, with the team's new coach watching from Barcelona, where he had landed around three hours before kick-off.

The 41-year-old had flown from Doha following confirmation of his sensational return to the club in the early hours of Saturday morning.

Barcelona's chaotic defending and inability to manage a game when it looked in charge, will have come as little surprise to Xavi.

However, Fati's hamstring injury will be a concern, especially with a crunch Champions League game against Benfica to come on Nov. 23, shortly after the international break.

Eric Garcia was also forced off with a calf strain while Nico Gonzalez appeared to be in discomfort when he was substituted before the hour.

"It's not an excuse but the injuries meant we had to change the whole strategy of the game and the players," said Sergi Barjuan after his last match in interim charge.

"If you look at the line-up, you're playing kids. We were relying on kids. With everyone, we are stronger."

Fati's absence for any length of time would be a blow for Barca, and also for Spain, who will be without the 19-year-old for crucial World Cup qualifiers against Greece and Sweden next week.

It all started so well for Fati and Barca, who took the lead in the fifth minute with a goal out of nothing, Fati drifted in from the left and squared up Celta right-back Hugo Mallo.

Fati shaped to go left towards the line and then came back onto his right, bending a shot into the far corner.

Three minutes later it was two. Nico bustled down the left and picked out Busquets, who shifted across the edge of the penalty area and planted a shot inside the post.

When Depay headed in Jordi Alba's cross at the near post, Barcelona looked home and dry but then Fati dropped to the ground and Garcia was replaced at halftime by Ronald Araujo.

Celta was transformed after the break. Marc-Andre ter Stegen should have held Franco Cervi's cross and after he spilled it, Araujo should have cleared. Instead, he scooped the ball straight to Aspas, who finished.

Nolito was adjudged to have controlled with his hand before cushioning a shot into the corner but again, Celta was undeterred. When Busquets was dispossessed, Cervi crossed and Nolito headed in.

Celta had 16 minutes to find an equalizer and then five minutes of injury-time, but it was in the sixth when Aspas finally struck.

Javier Galan teed him up from the left but Aspas still had a lot to do, wrapping his left foot around the ball to whip it right, past the hand of Ter Stegen and in.

Madrid was comfortable too when Kroos and Benzema put it two ahead of Rayo Vallecano at halftime. Kroos stroked home Marco Asensio's pass before Benzema touched in an inch-perfect cross from David Alaba.

But Madrid grew slack and Rayo capitalized, Bebe hitting the post before Falcao, off the bench, headed in his fifth goal in eight appearances for the club he joined on a free transfer in the summer.