Barcelona's Aguero ruled out for 3 months after cardiac evaluation 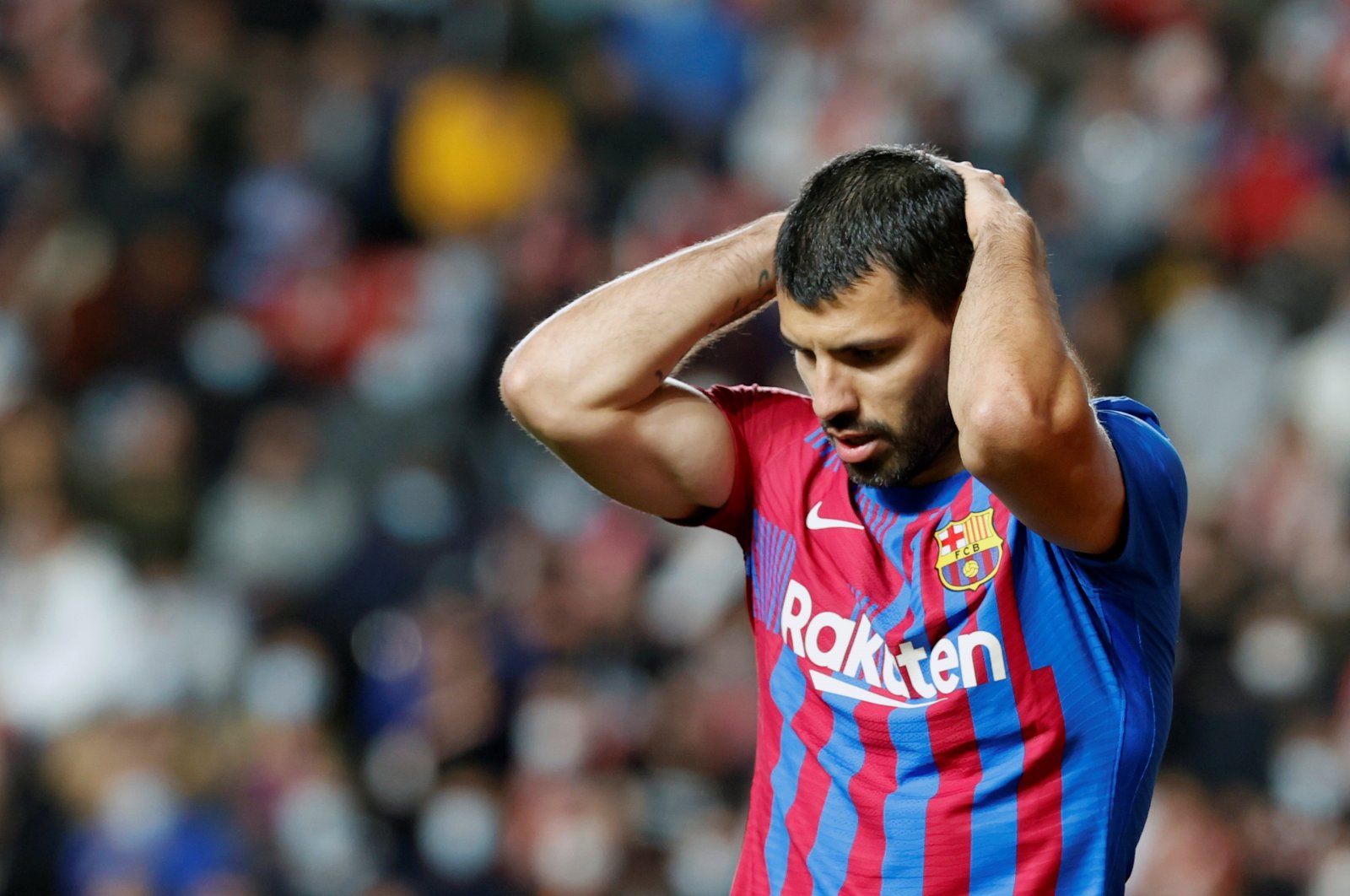 Barcelona's Argentine striker Sergio Aguero will be out of the game for at least three months following a recent cardiac evaluation, the Spanish club said Monday.

The Argentine international received medical assistance on the pitch after he complained of chest pain during Saturday’s 1-1 draw with Alaves in La Liga and had to be taken to hospital.

Barca said he now faces a lengthy spell out.

"Aguero has been subjected to a diagnostic and therapeutic process by Dr. Josep Brugada," Barcelona said in a statement.

"He is unavailable for selection and during the next three months the effectiveness of treatment will be evaluated in order to determine his recovery process."

The 33-year-old joined Barcelona on a free transfer from Manchester City in July.

He has made five appearances in all competitions so far, scoring one goal, after starting the season with a calf problem.

"I talked to him and he is calm. He is confined to his room but considering the situation he is calm,” Barca caretaker manager Sergi Barjuan said earlier on Monday.