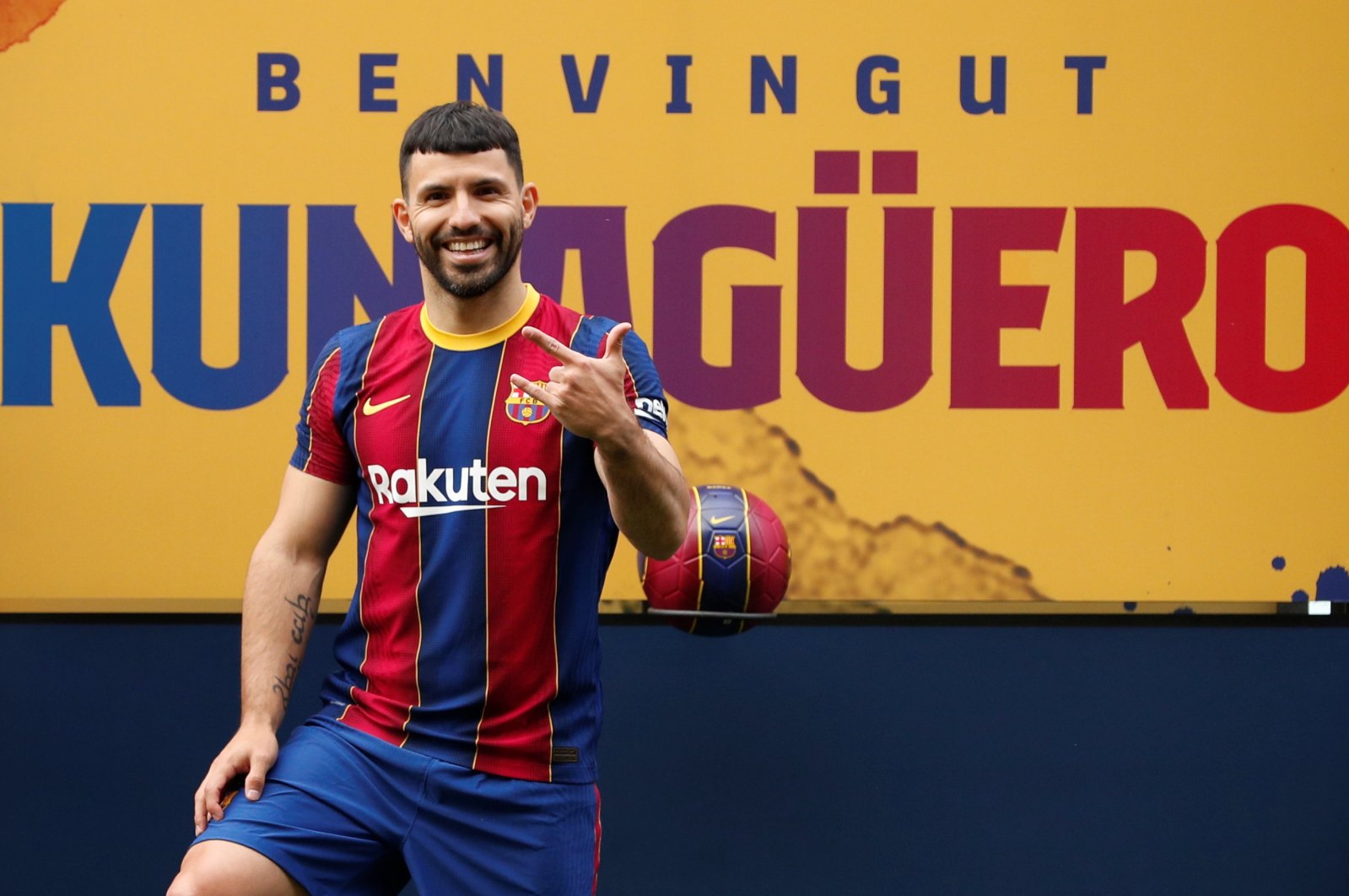 Catalan giants Barcelona on Tuesday confirmed Manchester City duo Sergio Aguero and Eric Garcia will join the club when their contracts with the Premier League champions expire on July 1.

Argentina international Aguero joined City from Spanish side Atletico Madrid in 2011 and went on to become the club's all-time leading goalscorer, netting 260 times as he helped them to claim five Premier League titles.

"Barcelona are the best team in the world," Aguero, who celebrates his 33rd birthday on Wednesday, told a news conference. "And we all know it.

"It was a good decision to join and help the team achieve things. It's another step and I'm very happy. I hope I can contribute a lot to the club.

"The first thing is to try and play and help the team as much as I can. We are a team, and I will try my best. Hopefully, we can get to the end of the season and be in contention for the important trophies."

Aguero is expected to be the first of a number of arrivals at Camp Nou this summer as new president Joan Laporta looks to revamp a squad that could only finish third in La Liga.

His City teammate Eric Garcia will also return to his boyhood club on a deal until the end of the 2025/26 campaign after three years at City.

The defender was limited to 12 matches in all competitions during the 2020-21 season due to injuries and illness.

Aguero said he hoped to play alongside compatriot Lionel Messi.

Messi, who is godfather to Aguero's son, will see his contract expire this month and there has been no news of an extension.

"I hope we can play together," Aguero told reporters.

"But the thing with Leo is that he'll make decisions with the club. I've been with him since a kid with the national team, I know him very well, and think he'll stay here."

Messi requested to leave Barca last year and was linked with a move to City or Paris Saint-Germain but opted to stay for another season.

He was given permission by head coach Ronald Koeman to miss the club's final La Liga match of the season and take holiday.