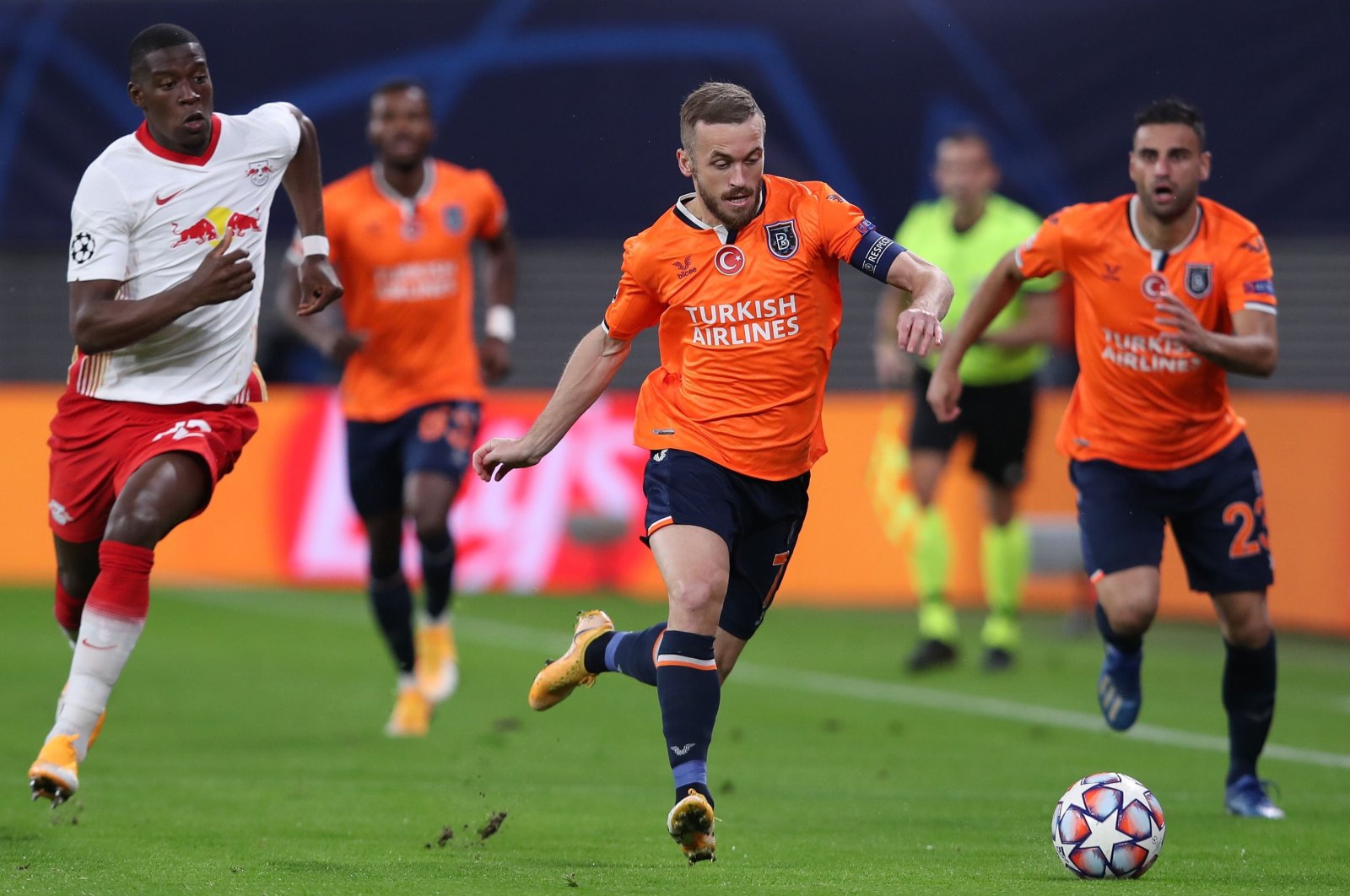 It languishes at the bottom of Group H in the Champions League, but Istanbul outfit Başakşehir is determined to continue its international campaign in the tough group with the likes of Manchester United and Paris Saint-Germain (PSG). Chances may be slim, but the team counts on home advantage when it hosts Germany’s Leipzig on Wednesday in Istanbul. Recovering from a 4-1 loss to Manchester United in the fourth game in the group, Başakşehir still has “the opportunity,” according to coach Okan Buruk. “We have two teams above us with six points, and we will do our best to surpass them,” Buruk said at a post-match press conference after the defeat to Manchester in England last week.

The Istanbul side only garnered three points so far in the group dominated by Manchester United which boasts nine points, three points ahead of PSG.

Başakşehir, which evolved into a Süper Lig powerhouse from underdogs in the past decade, has only nine wins in 34 matches in European competitions. Six of them were under the leadership of Buruk who took the helm in 2019. It turned out to be a force to reckon with in the Champions League campaign with excellent gameplay against Europe’s giants and remaining competitive despite a string of defeats. Now, they stand in a spot where a defeat against Leipzig could spell the end of the campaign. Even if they succeed against the German outfit, to whom they lost 2-0 in an away game in October, they also must win against their next rival PSG to secure a chance at the knockout stages scheduled for next spring.

Leipzig reached the semifinals of the elite European event last season where they lost a one-off tie to Paris Saint-Germain in Lisbon. They gained a slice of revenge for that defeat by beating PSG at home in Group H, and an earlier win over Başakşehir means they are tied on six points with the French champions despite losing in Paris.

Leipzig knows three points from Turkey are likely essential to reach the knockout phase before they conclude the group at home to United next week.

"We have to play bravely and believe in ourselves," Leipzig's Swedish midfielder Emil Forsberg told Deutsche Presse-Agentur (dpa). "Then everything is possible. We're flying there to win. "It will not be an easy game. Istanbul have a lot of quality, they showed that against us. They also beat Manchester United at home."

Coach Julian Nagelsmann revealed the side would fly directly from Istanbul to Munich. "Then we save ourselves a flight," he said. The saving is in terms of energy rather than cost as Leipzig is well aware performances similar to last Saturday's in Bundesliga are unlikely to bring success this week.

"Of course, we're pleased with the three points, but looking ahead to Başakşehir and Bayern Munich, we need to improve significantly," Nagelsmann warned after the modest 2-1 win over promoted strugglers Arminia Bielefeld.

Leipzig was well off its best in that game having chosen to rotate heavily in light of the hectic schedule of the coronavirus season.

With the stakes high in Istanbul, Nagelsmann is expected to pick his strongest team – in contrast to Bayern boss Hansi Flick who has the luxury of resting Manuel Neuer, Leon Goretzka and Robert Lewandowski with his side already qualified before Tuesday's visit to Atletico Madrid.

Nagelsmann said the Bielefeld performance, which he described as "definitely our worst" of the season, "wasn't down to rotation." But he admitted players like "Marcel Sabitzer and Yussuf Poulsen have played a lot of football recently, including international matches. Therefore, it made sense to give them a little bit of rest." Both are set to return in Istanbul, as are Forsberg and Christopher Nkunku. Only long-term injury absentees Lukas Klostermann and Konrad Laimer are missing.