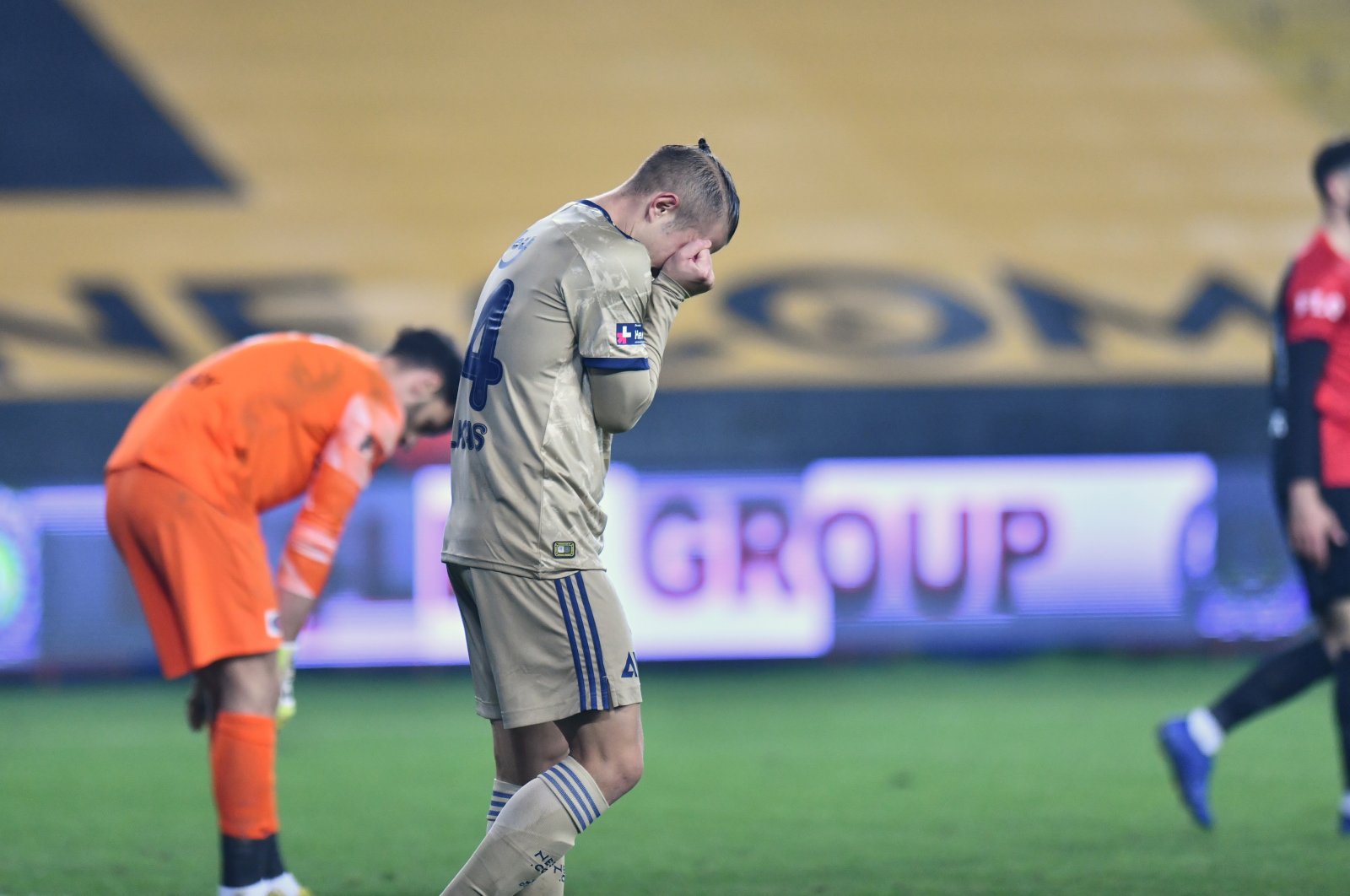 Losing three of its last games at home, Fenerbahçe could plunge into chaos if Başakşehir walks out of Şükrü Saraçoğlu Stadium with a win after Wednesday’s derby

If there is one thing Fenerbahçe fans can bet on with surefire certainty, it is that their team will find a way to disappoint them like clockwork every season.

And just like previous years, trouble is brewing at Fenerbahçe according to schedule.

After making its best start to a Süper Lig season in many years, Fenerbahçe fans were served a rude awakening as the Istanbul club, true to form, started falling apart again.

What started as an unfortunate loss with a 2-0 defeat by Konyaspor at Şükrü Saraçoğlu Stadium last month, turned into a waking nightmare for Fenerbahçe, as the Yellow Canaries continued to lose on their own home turf, once considered an impenetrable fortress by many humble Anatolian clubs.

Then came the historic Beşiktaş defeat. Fenerbahçe lost to its city rivals at home for the first time in 15 years with a 4-3 defeat by a Beşiktaş under Sergen Yalçın’s helmsmanship.

Since the team suffered the defeat to a considerable opponent and title contender, even though it was a stinker, it was still an understandable loss for coach Erol Bulut’s side.

But the nightmare ensued.

The 3-0 hammering by Yeni Malatyaspor at home two weeks ago was the grim confirmation that Fenerbahçe was back to its disappointing ways. The fact that Yeni Malatyaspor was a team Bulut previously coached only added insult to injury.

While Fenerbahçe continued to gift points to visitors like Halloween candy, fans clung to the silver lining that the Yellow Canaries somehow still continued to win at away games.

Fans' hopes were quickly dashed when Gaziantep FK waved Fenerbahçe away with a 3-1 humbling on Saturday to hand the Istanbul powerhouse its fourth league loss in six matches.

With fans already running out of patience with the team’s performance under Bulut’s guidance, the Gaziantep FK loss broke the camel’s back and whispers for his resignation turned into shouts.

As pundits on TV began to discuss who would replace Bulut, the Süper Lig's meatgrinder creaked back into motion, awaiting the latest coach to be sacrificed.

Anything short of a decisive win against defending champion Başakşehir on Wednesday could make Bulut the 10th Süper Lig coach to lose his job this season.

A look back at the previous meetings between the two sides indicates that the match could be anyone's game, as neither side could pose superiority over the other. In the last decade, Fenerbahçe only lost once to Başakşehir at home, but given the Yellow Canaries’ current track record, a win for the defending champion won’t be too surprising.

Making matters worse for Bulut, he could be several men short of his usual line up.

Midfielder Tolga Ciğerci will be absent due to a muscle rupture, while strikers Mbwana Samatta and Enner Valencia remain uncertain with muscle injuries. Winger Diego Perotti and center-back Mauricio Lemos are also among the players that could miss Wednesday’s derby.

But as troubled as its opponent is, things are not looking too bright for Başakşehir either.

After making such a bad start to the season that made fans question if it was the same team that became the sixth-ever Süper Lig champion last year, Başakşehir managed to pull things together.

At least it appeared to have done so, as last month proved coach Okan Buruk’s revival attempt was nothing more than a house of cards.

Following the four-match winning streak back in October, Başakşehir hasn’t been able to accumulate three points in a month. Drawing in two and losing the other two, Başakşehir only earned two points in its last four matches.

Considering the team crashed outside of its debut Champions League campaign with not much to show for it – aside from the 2-1 Manchester United victory – Başakşehir will need a win as much as Fenerbahçe on Wednesday to boost morale among the ranks.

Luckily for Buruk, his place at the club will remain safe, at least for the time being. But that doesn’t mean he should be complacent, as the Süper Lig is stranger than fiction at times and the league has seen far more prominent coaches than him turned into scapegoats by executives.