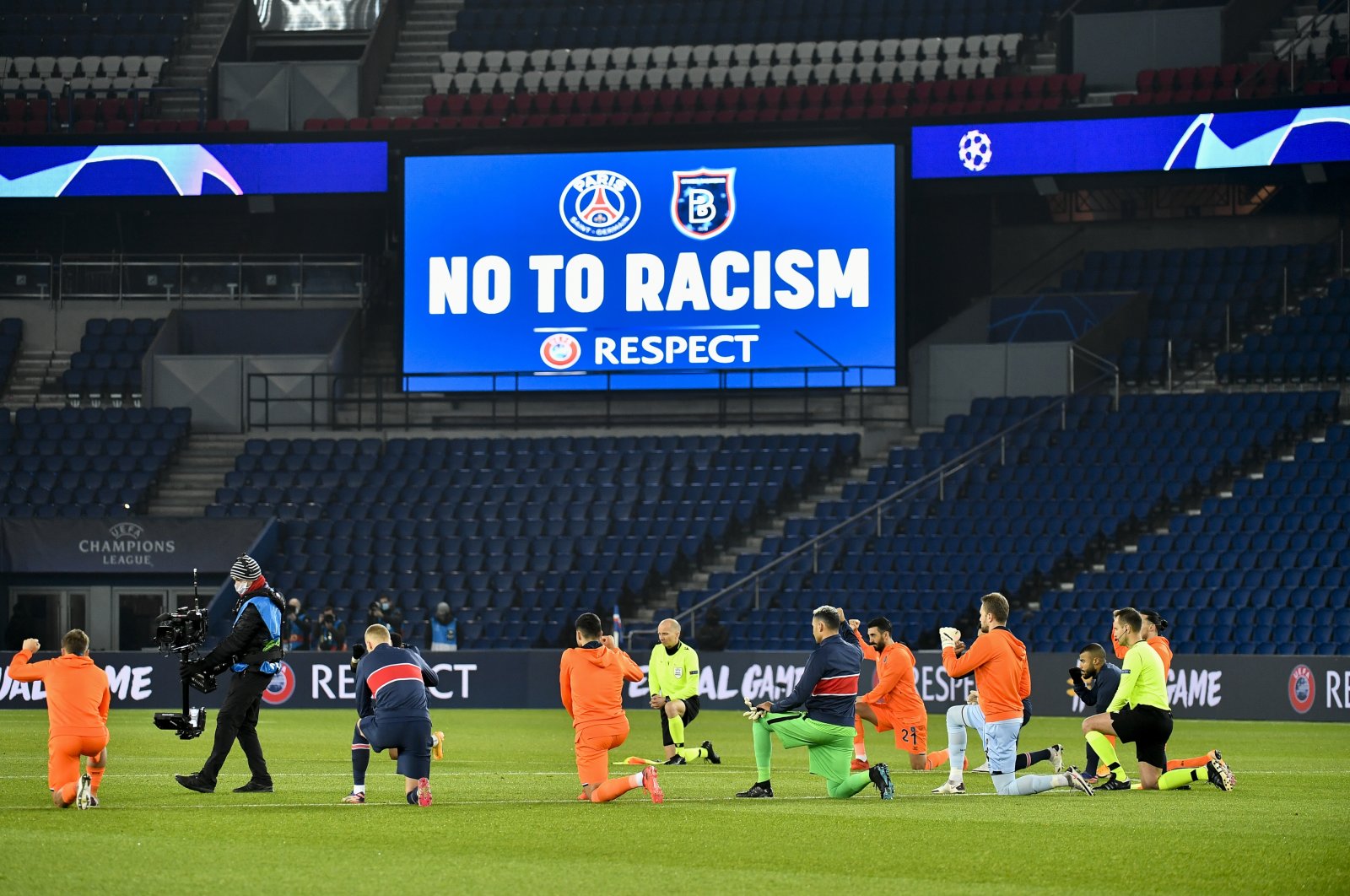 Turkish football club Medipol Başakşehir has demanded from the UEFA a life-long ban on the referees who made racist remarks to the team’s assistant coach Pierre Webo.

The club’s chairman, Göksel Gümuşdağ, said in a news conference on Thursday that Dec. 8, 2020 will be remembered in the history of sports as the players refused to play the Champions League match to protest against the racist remark.

Gümuşdağ said he has written a letter to the UEFA, which will be sent on Friday, demanding a life-long ban for PSG game referees. He was talking to reporters at the Istanbul Airport after the team returned from Paris.

Webo, a Cameroonian national, complained during Tuesday's game that fourth official Sebastian Coltescu had used a racial slur to identify him.

In its aftermath, Başakşehir and Paris Saint-Germain (PSG) players walked off the pitch in protest of the racist remark.

Webo was shown a red card in the match before the break as he argued with the game official.

The game was then postponed to Wednesday by the UEFA and Webo's red card was rescinded.

The European soccer’s governing body assigned a new team of match officials so that the game could resume.

The UEFA said on Wednesday that it had appointed an Ethics and Disciplinary Inspector to “conduct a disciplinary investigation regarding the incident.”

Players came back out to warm up wearing T-shirts with “No To Racism” written on them. They then gathered to kneel with the four new officials.

Following the victory, the French club won the group to qualify for the last 16 phase in the Champions League.

The losing team, Başakşehir has already been eliminated from the European campaign.

Manager thanks PSG for support

Başakşehir's manager Okan Buruk said he wishes this game will be a turning point especially for the football family and thanked PSG for their support.

Buruk said that PSG players Neymar, Mbappe and Marquinhos had told him: "We will not play as long as this referee continues to stay here."

"We hope that the other players and all the people in the world will continue this fight (against racism) as Başakşehir did. Our club's stance against racism was remarkable," he added.

He said PSG players and the UEFA also supported their protest.

Webo thanked everybody including his teammates, chairman, manager and Turkey's President Recep Tayyip Erdoğan for their support against racism.

He said that the referee's behavior was unacceptable.