Başakşehir has the advantage but Copenhagen poses danger 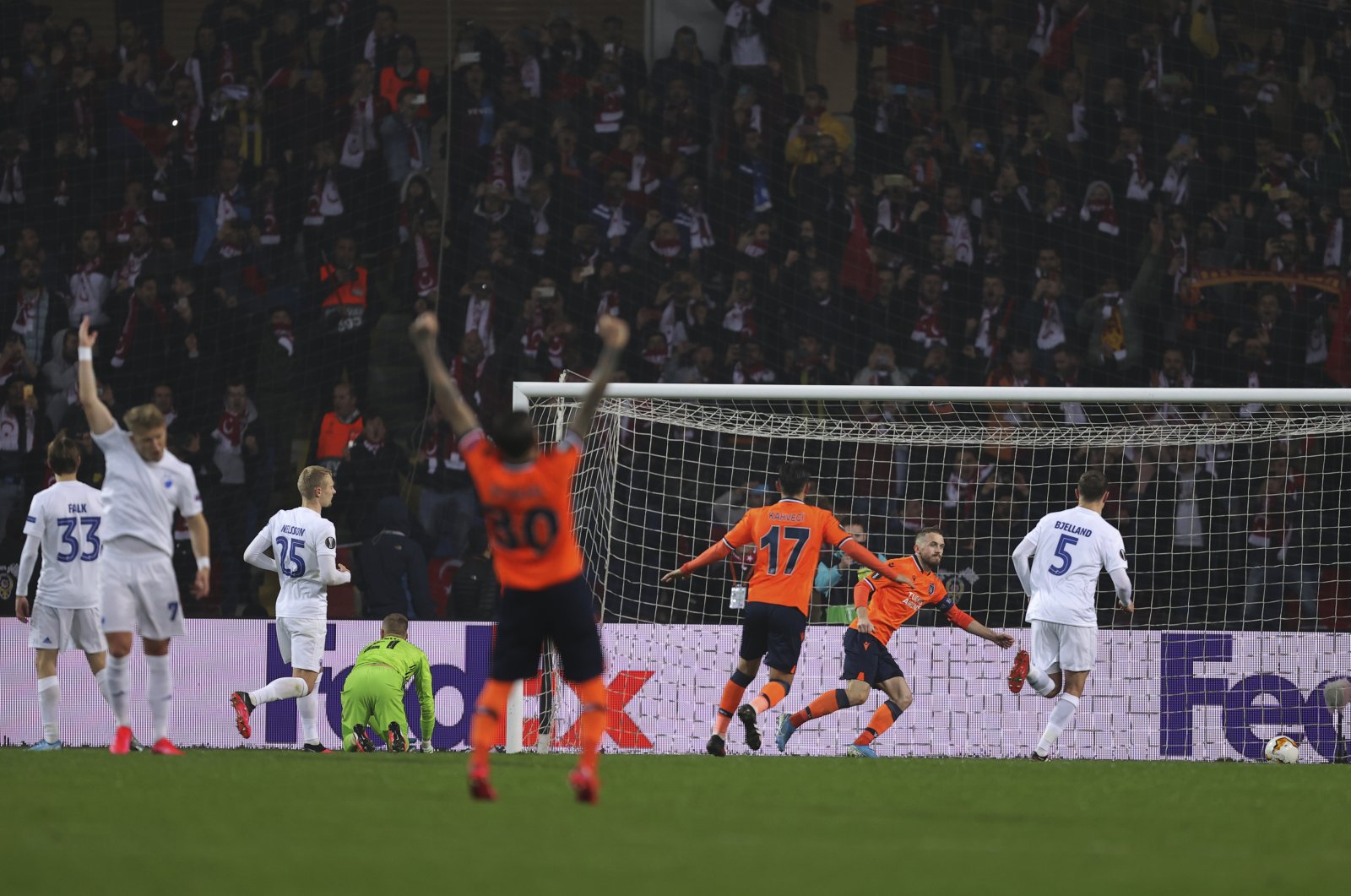 Edin Visca’s late penalty brought a 1-0 victory for Başakşehir against FC Copenhagen, which was one of the best results the Istanbul team could get. Both Başakşehir and Copenhagen were cautious, but since the first game was in Istanbul, Başakşehir needed to score and take risks. It was clear from the beginning of the game that a simple mistake would open up the game, as it was a fairly balanced match. Although Başakşehir made mistakes in the defensive build-up and gave chances to its opponent, it was Copenhagen’s central defenders which made the crucial mistake. The game in Copenhagen will be similar, which means the risks of intense press and making simple mistakes are still there. Başakşehir will have the high ground, but the line between them and Copenhagen is just a simple mistake.

Against the intense press of Copenhagen in the final third, goalkeeper Mert Günok was forced to kick the ball to Copenhagen’s half. Just like in the first Sporting Lisbon game, strikers Demba Ba and Enzo Crivelli were supposed to win the aerial duels and collect these long-balls. When these long-balls did not work, Günok took more risks and made more risky passes to create opportunities. Nevertheless, this did not create any opportunities for Başakşehir; instead, Günok made two mistakes that could easily have ended up as Copenhagen goals.

Now, at this stage of the Europa League, it is a must to have a proper set-piece to relieve your defense from intense pressure. The answer cannot be your goalkeeper kicking the ball and tall strikers trying to collect the balls. Manager Okan Buruk should immediately work on a set-piece which involves all defensive players and central midfielders İrfan Can Kahveci and Mahmut Tekdemir. Organizing a six-man build-up would be the best solution to deal with Copenhagen’s high-end press. Since Başakşehir’s physical and tactical qualities do not allow it to implement the same press, kicking the ball onto Copenhagen’s side simply gives the ball back to the opponent to attack. Thus, the most important thing to do is to come up with a reliable set-piece for defense.

Secondly, even 36-year-old Robinho, who does not even play regularly, performed better than Ba and Crivelli. I simply do not understand what is going on with Eljero Elia. If he is not going to play in these games, when is he going to play? The answer to Copenhagen’s strict defense is not giving them what they want with aerial battles, but to stretch them and then play through balls inside. Elia and even out-of-form Robinho are perfect for this job as they have the technical ability to make dribblings and assists.

The plan should be keeping the ball on the ground and in control as much as possible, and then settling on Copenhagen’s half. Increasing the speed of the game would only benefit Copenhagen as it needs Başakşehir to make simple mistakes amid the chaos. The antidote of this plan is a proper possession plan for defense, which Buruk will hopefully implement in the second game.