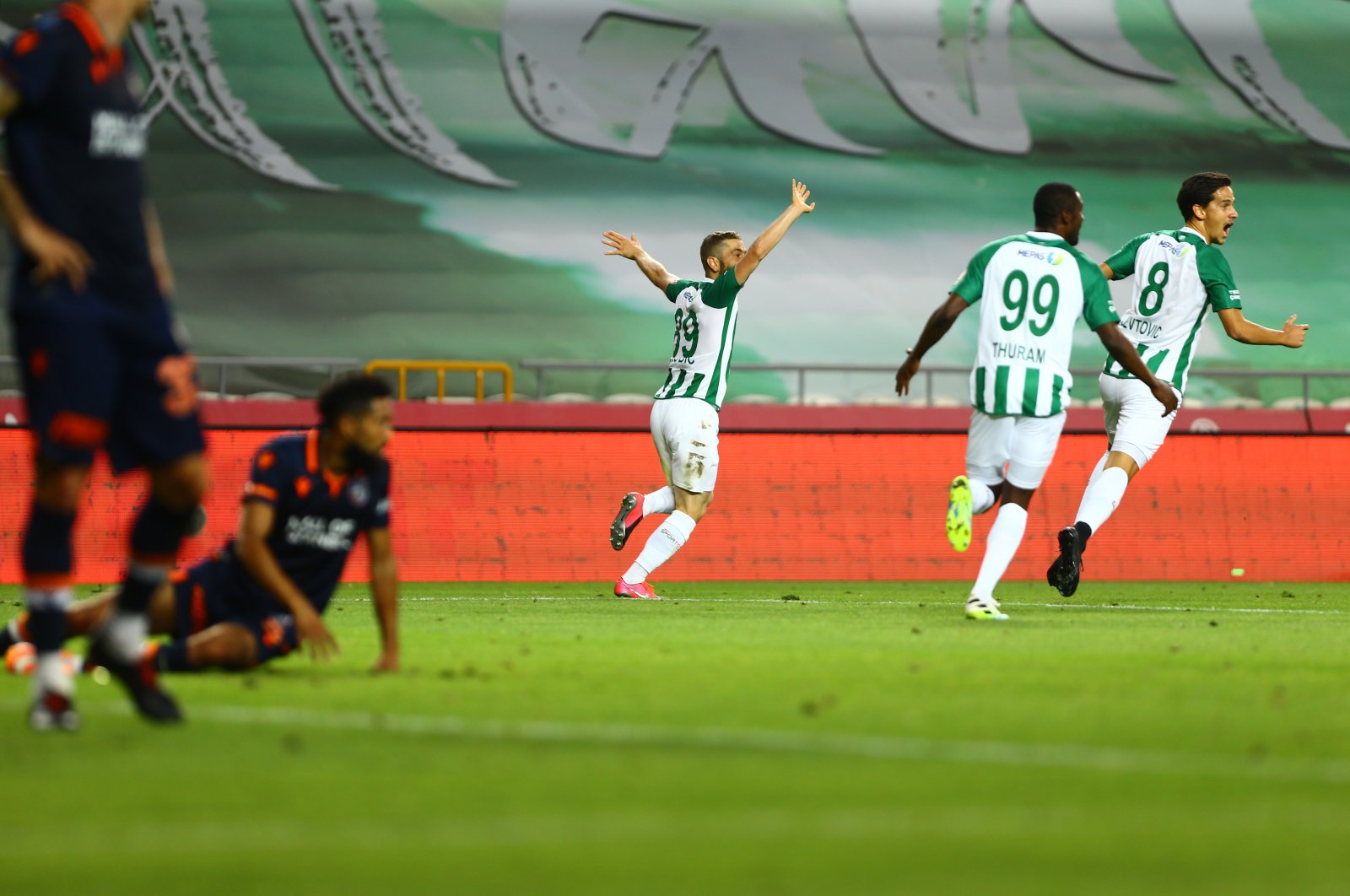 Two contenders for the Turkish Süper Lig crown on Monday dropped critical points in the title race with just two matches remaining in the season.

Başakşehir missed a chance to win the Süper Lig title after it was beaten by Konyaspor 4-3 in an away match on matchday 32.

Trabzonspor, Başakşehir’s challenger for the title, was defeated by Denizlispor 2-1 in an away game as well, missing the chance to catch up with the Istanbul club.

After the matches, Başakşehir remains atop the table with 66 points, and Trabzonspor follows with 62 points.

With only two more weeks to go, Başakşehir can win the title if it can manage to emerge victorious from its clash with Kayserispor on Saturday.

Konyaspor and Denizlispor both picked up valuable points to stay in the league.

Denizlispor is in 13th place with 35 points, while Konyaspor stands 14th with 33 points.