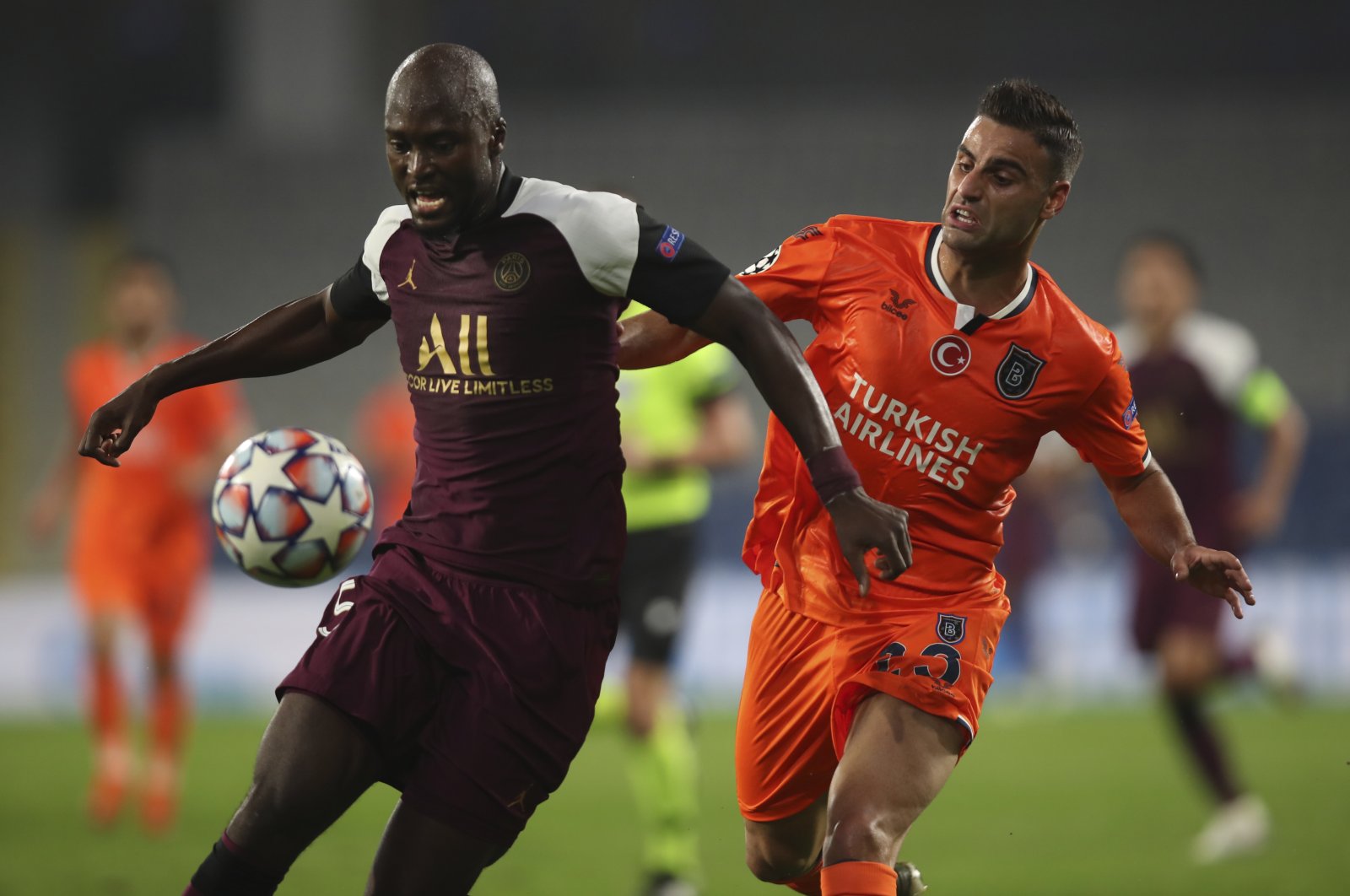 It has been a tough Champions League journey for Istanbul Başakşehir. First, drawing one of the toughest possible groups and then losing against Paris Saint-Germain while fighting toe-to-toe.

The way Okan Buruk's team lost must have hurt more than their failure to win the match. After all, they played against PSG during an unprecedented financial era in Turkish football, when even a Champions League ticket has not been enough to strengthen the squad.

Nevertheless, with a much humbler squad, Başakşehir actually managed to push its opponent into the ropes, giving Thomas Tuchel's team a hard time following their loss in the first game to Manchester United.

It was a simple positioning mistake for a corner kick, however, that killed Başakşehir's momentum and turned the game upside down. After Moise Kean's opener, the team had to take more risks and Paris sealed three points with another from Kean.

The obvious lesson learned was that the Champions League is completely merciless against simple mistakes. Başakşehir was able to stop PSG's attacking channels until the first goal and from there, Tuchel's side was able to create an opening from the error.

Neymar's early substitution surely affected PSG but considering the fact that Paris played in the Champions League final two months ago, Başakşehir pulled off a fantastic defensive effort. Mbappe could not find time or space around Başakşehir's penalty box and when he did, Başakşehir defenders were close enough to block his path.

Some more impressive play came from Başakşehir in the second half until Kean's goal in the 63rd minute. As PSG increased the intensity of its pressure, its defense came closer to midfield and leaving a huge space between goalkeeper Keylor Navas and the central defenders. Başakşehir was able to come out of this press with calm and short passes, as Berkay Özcan and Irfan Can Kahveci did a good job of connecting the ball to Edin Visca.

Right wing-back Rafael also had an extraordinary performance. He not only contained Mbappe for most of the game but also joined the attacks to give another passing option to secret playmaker Visca.

The only thing lacking in Başakşehir’s game was proper finishing, which can be explained by Enzo Crivelli's poor performance and Keylor Navas' impressive saves.

Until the 63rd minute, it was Başakşehir that seemed closer to scoring, which forced PSG to take even more risks. The positioning mistake, however, changed the course of the game. Keane was completely unmarked and did not even have to jump for the header. It was a frustrating moment for Başakşehir's defense, which did a very good job up to that point.

Under the present circumstances, both within this Champions League group and with 34 more weeks to go in the Süper Lig, things are definitely not going to get easier for Başakşehir and little breakdowns will finish any team's journey before it begins, as teams in the Champions League are professional at taking advantage of them.

Against PSG, Başakşehir manager Buruk showed everyone that his team is capable of competing with European giants, now it is time to get results by paying more attention to details.