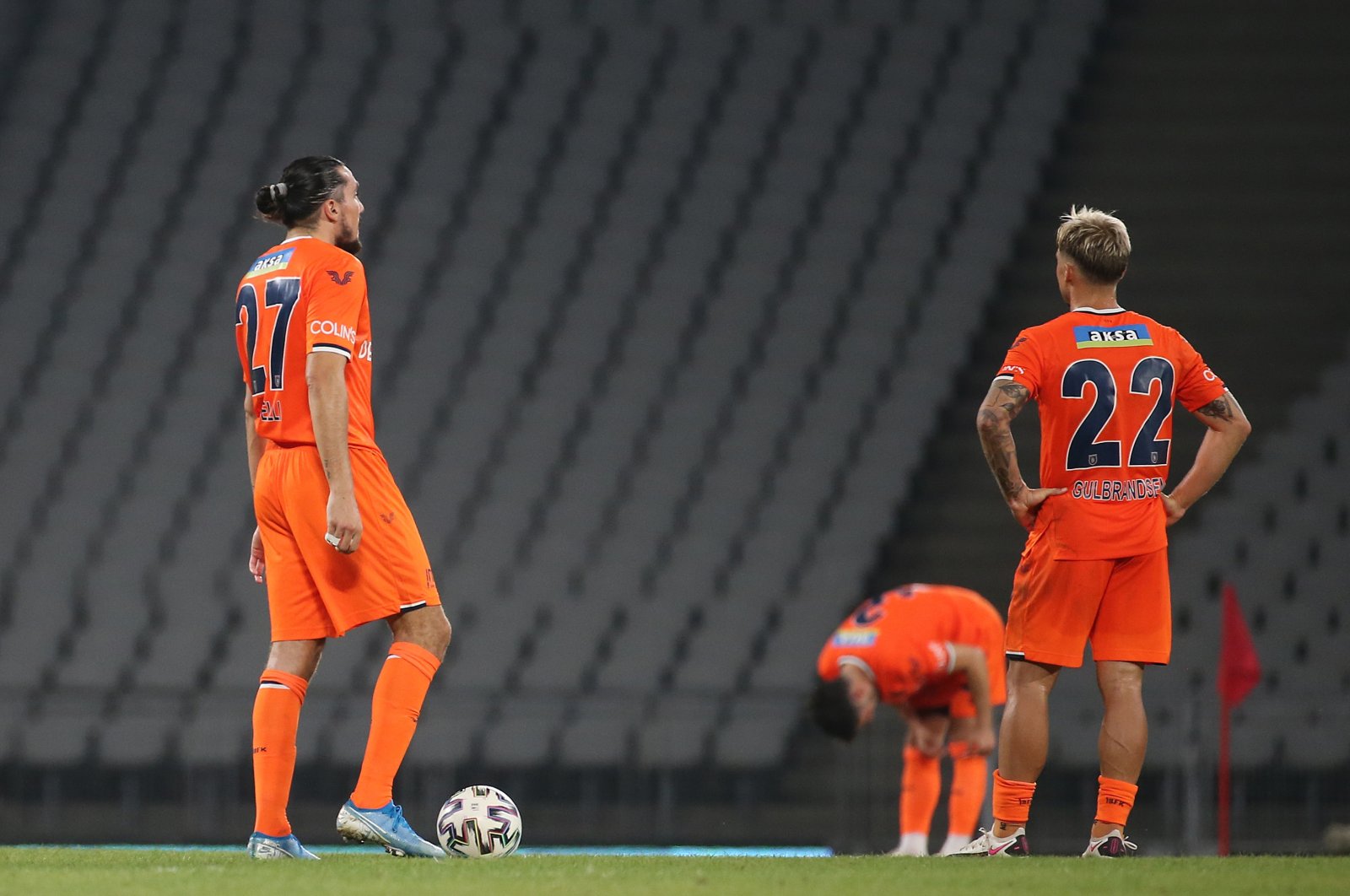 With an abysmal start to its title defense with three straight losses, Başakşehir needs to seal a win against Göztepe on Saturday before its Champions League campaign starts later this month

Week 4 of the Süper Lig will start with a dual opener on Friday when Gaziantep will host last year’s runner-up Trabzonspor, while Kayserispor will travel to the capital Ankara to face Ankaragücü.

Winning its first match last week after a shaky start to the season, Trabzonspor coach Eddie Newton and his men will take on Gaziantep for a chance to move up in the ranks.

Standing at 10th place with four points, Newton will need to up his game if Trabzonspor is to contend for this year’s title. With Trabzonspor’s title contender for last season Başakşehir stuck at rock bottom with no points, a winless Gaziantep will be a prime opportunity for Newton’s players to win favors with their fans.

Elsewhere on Friday, Kayserispor will clash with Ankaragücü, which stands at one point with a match missing.

After the Turkish Football Federation (TFF) decided to abandon relegations last season to avoid an unfair situation for the bottom-row clubs, the Süper Lig started the new season with a record 21 teams. The uneven number of teams meant each team will have one matchday off, and Ankaragücü was the odd one out on Week 2.

Saturday will see defending champion Istanbul Başakşehir host Aeagen side Göztepe for coach Okan Buruk to secure his side’s first points for the season after a horrendous start.

After becoming the league’s sixth-ever champion, Başakşehir started the season with three losses in a row and stands at the rock bottom of the table without any points.

Losing 2-0 to newcomer Hatayspor in the season opener, Başakşehir’s woes were deepened by another 2-0 defeat at the hands of Galatasaray. And to rub salt in the wound, Başakşehir lost last week to another freshly promoted team, Fatih Karagümrük, 2-0.

While Göztepe won’t be an easy opponent for Başakşehir by any stretch, the odds still favor the Istanbul side and offer an opportunity for Buruk to break the 2-0 curse before it emerges as a losing pattern for the defending champion.

Göztepe only managed to win once in eight matches between the two teams in the past four years.

And to make matters worse, the approaching Champions League group stages, which are set to start on Oct. 20, will put pressure on Buruk to fix his team before its fixture gets crowded.

Saturday will also see an Istanbul match-up between Fenerbahçe and Karagümrük.

Following two disappointing seasons, Fenerbahçe wasted an opportunity to win back its fans with a flashy start to the season after its derby against archrival Galatasaray ended with a goalless draw at Türk Telekom Arena last week.

Standing at five points with two draws and a win, Fenerbahçe's coach Erol Bulut will need to guide his players to a victory over Karagümrük if he doesn’t want to fall behind the city’s other major clubs.

Karagümrük, however, could prove more than Bulut can handle, as the club managed to move up to the top of the table three weeks after its arrival in the top-flight league. While it is still early in the season and Karagümrük will most likely be knocked down by former champions, it’s still an impressive feat for the humble club.

The matchday will end Sunday with two of Istanbul’s Big Three taking on their opponents.

Beşiktaş will host Gençlerbirliği at Vodafone Park, while Galatasaray will visit another Istanbul rival, Kasımpaşa.

Knocked out of Europa League in a rather dramatic fashion with a last-minute goal followed by penalty shoot outs, Beşiktaş is still struggling to find its pace.

Winning its season opener against Trabzonspor 3-1, Beşiktaş was off to a good start, only to get a wake-up call after a 4-1 hammering by Konyaspor.

With its Europe campaign over, Beşiktaş's coach Sergen Yalçın will have no choice but to focus on the Süper Lig. His future at the club will remain in doubt if things don’t improve soon.

For Galatasaray and coach Fatih Terim, however, it’s the opposite.

Enjoying a solid start to the season, Galatasaray gave early signals that it will be the main contender for this year’s title.

Blowing past Başakşehir and Gaziantep, Galatasaray only lost points in the Fenerbahçe derby, which was not unexpected.

Losing the leader’s spot to Karagümrük after last week’s draw, Terim will want to make sure its a temporary setback when his players take on Kasımpaşa for the weekend’s closing match.