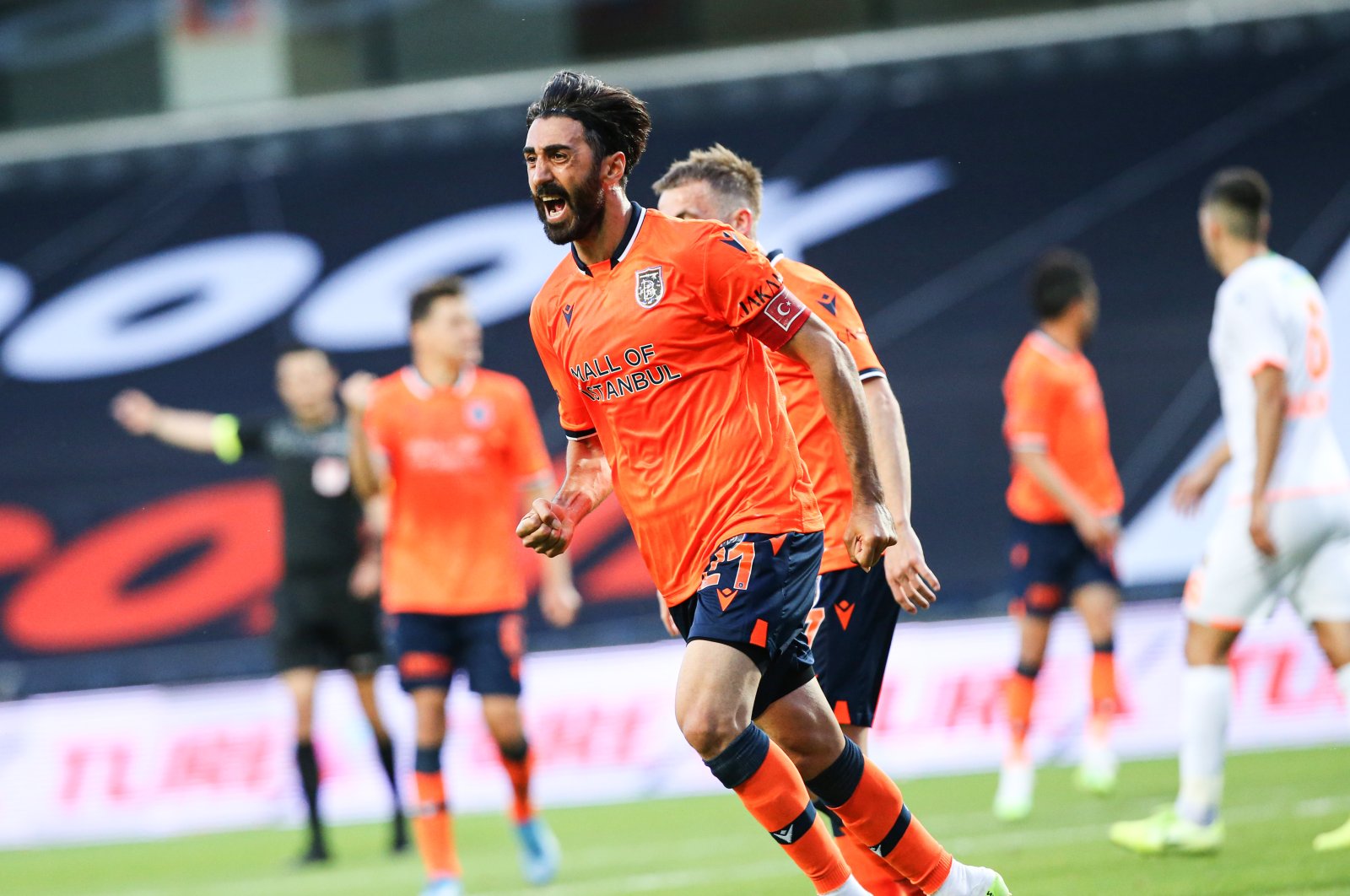 Süper Lig’s week 28 will kick off with Başakşehir visiting the country’s capital to face Ankaragücü, where Başakşehir manager Okan Buruk and his men will seek to snatch three points to break the deadlock with Trabzonspor for leadership.

The Istanbul side came off the three-month coronavirus break with a comfortable 2-0 win at home against Alanyaspor last week, but Buruk and his men will have to chain wins back to back as the Süper Lig enters its final stretch of the season.

Tied with leader Trabzonspor at 56 points, the slightest point loss could mean the end of Başakşehir’s hopes for the title as Trabzonspor shows no sign of letting go of its biggest chance to win the league in almost a decade since the highly disputed 2010-2011 season.

While the capital's Ankaragücü is expected to put up a fight with not much to lose at just two points from the bottom of the table, the match is still likely to be an easy one for Başakşehir. With no injuries and suspensions, Buruk will have his full roster at his disposal and the past three clashes between the two clubs have all ended in Başakşehir’s favor.

On Saturday, Denizlispor will host Beşiktaş at Atatürk Stadium. The Istanbul club had an undesirable start to the league after the break, losing to Antalyaspor 1-2 at home. Though Beşiktaş’s hopes for the league title were crushed long ago, Sergen Yalçın’s players will have to come home with a win if they are to secure a ticket for the Europa League next year.

The other two Istanbul giants will have their matches on Sunday, when Fenerbahçe will visit Kasımpaşa, with defending champions Galatasaray hosting Gaziantep shortly after.

While Fenerbahçe made a questionable return by narrowly securing three points over Kayserispor last week, the Istanbul powerhouse suffered another crippling blow on Wednesday when Trabzonspor beat Fenerbahçe 3-1 to knock its archrival out of the Ziraat Turkish Cup, further depriving it of any success this season.

While a win would not do much for Fenerbahçe, it could still serve to improve morale – or whatever is left of it – at the financially troubled club.

As for Galatasaray, the defending champions suffered a horrible setback last week, falling six points behind the top after losing 2-0 to Rizespor and losing veteran goalkeeper Fernando Muslera to a broken leg in the process.

While Fatih Terim has managed to motivate his players to overcome even harder difficulties in his several tenures at Galatasaray’s helm, the loss of Muslera will still be a hard one to overcome.

The matchday will end with Alanyaspor hosting leader Trabzonspor on Monday.

With unlucky back-to-back matchups against the top two teams in the league, Alanyaspor could still be a surprise setback for Trabzonspor as the Mediterranean club sits in fifth place, above Istanbul giants Beşiktaş and Fenerbahçe.