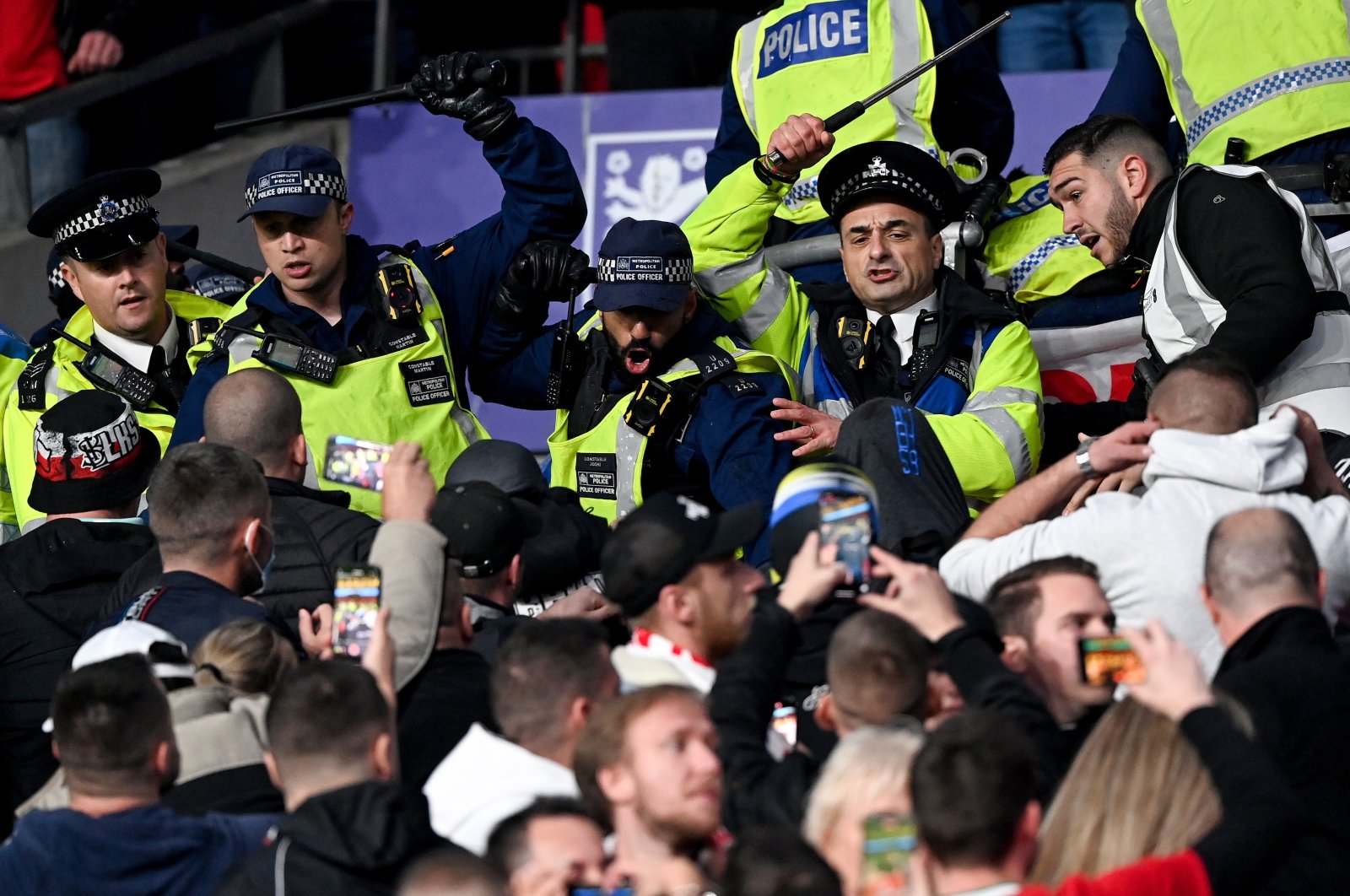 Police officers in the stands use batons against Hungarian fans during the FIFA World Cup Qatar 2022 qualifying Group I soccer match between England and Hungary at Wembley-Stadium in London, Britain, Oct. 12, 2021. (EPA Photo)
by Reuters
Oct 12, 2021 10:15 pm

Dozens of Hungary fans fought with baton-wielding British police inside the ground at the start of England's World Cup qualifying game at the Wembley Stadium on Tuesday.

Around 600 Hungary fans were squeezed into a small corner of the stadium, many dressed in the black t-shirts of the ultras who follow the country.

As the game kicked off stewards appeared to enter the section, leading to violent exchanges. Large numbers of police then arrived and some were raining baton blows on fans, many of whom climbed over a barrier and were punching and kicking the security personnel.

The police then moved back out of sight down a tunnel and fans returned to their seats, with a group of helmeted riot police arriving in force.

The incident comes after there was extensive trouble at Wembley in the Euro 2020 final, when hundreds of fans charged barriers to gain entry.

It also follows Hungary being fined and banned from having fans in their ground as punishment for racist abuse and missile-throwing in Budapest when the teams met in September.