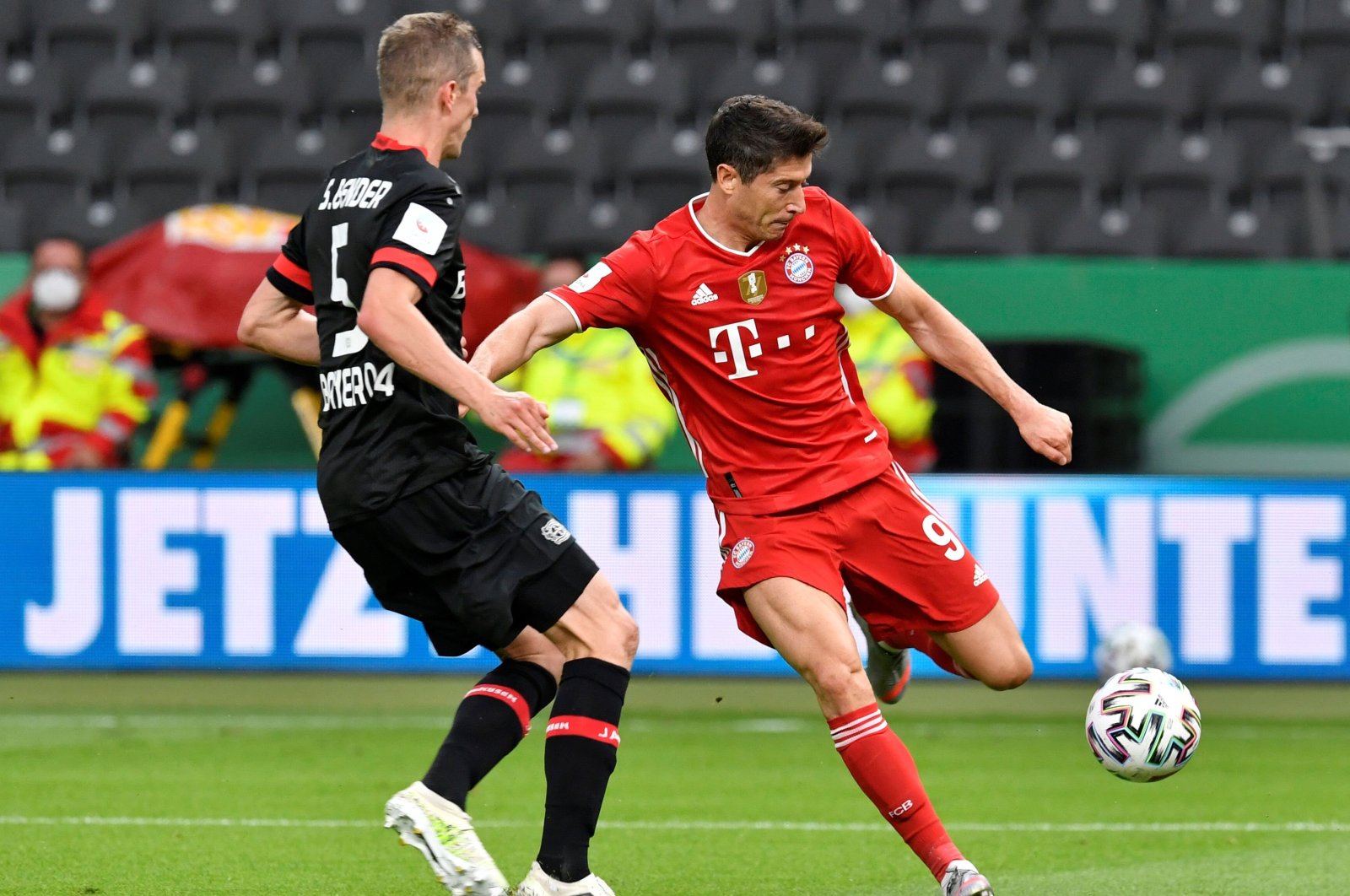 Defending champion Bayern Munich aims to dethrone Bayer Leverkusen from the top of the Bundesliga table by handing its opponent its first defeat of the season when they meet Saturday.

Bayern inflicted a first defeat on Wolfsburg in a 2-1 victory on Wednesday but can take nothing for granted against Leverkusen, which routed regional rivals Cologne 4-0 in their midweek game.

Leverkusen is among teams sensing a possible chance of a lifetime in a season where twin giants Bayern and Borussia Dortmund have dropped points here and there.

Leverkusen has never lifted the league trophy. It has come very close on several occasions which has earned the club the nickname "neverkusen," an image it badly wants to shed.

The derby win has boosted the confidence of Leverkusen coach Peter Bosz's men, with forward Nadiem Amiri saying, "I have a good feeling as we are unbeaten for such a long time and are at the top."

"Every team can be beaten although I don't know yet how. You must have a lot of heart and willpower, and we definitely have the quality," he added, looking ahead at Saturday's topper.

Each team has won twice over the past two league seasons.

Bayern is somewhat limping toward the short two-week break but is determined to make a last big effort at the end of a year that saw it win the Champions League, European Super Cup, Bundesliga, German Cup and German Super Cup.

"We want to finish a great and very successful 2020 in Leverkusen with another three points if possible," coach Hansi Flick said.

Bundesliga top scorer Robert Lewandowski will be playing Saturday as World Footballer of the Year after he earned the award Thursday.

"The last few matches have not been easy. We have one more match, followed by a short break. It's also down to mental strength, so we must give our all again in the last match, no matter how strong Leverkusen are at the moment," Lewandowski said.

Leverkusen tops the table one point ahead of Bayern and Leipzig, with Leipzig also out to break Bayern’s dominance and looking for more points at home against lowly Cologne.

Five points back in fourth is Borussia Dortmund, which returned to its winning ways under new coach Edin Terzic and wants to follow up Friday’s 2-1 win at Werder Bremen in a tricky test at Union Berlin.

Union Berlin held mighty Bayern to a 1-1 draw last weekend, but Dortmund can't afford to drop points there as well in its bid to close the gap on the leading trio.