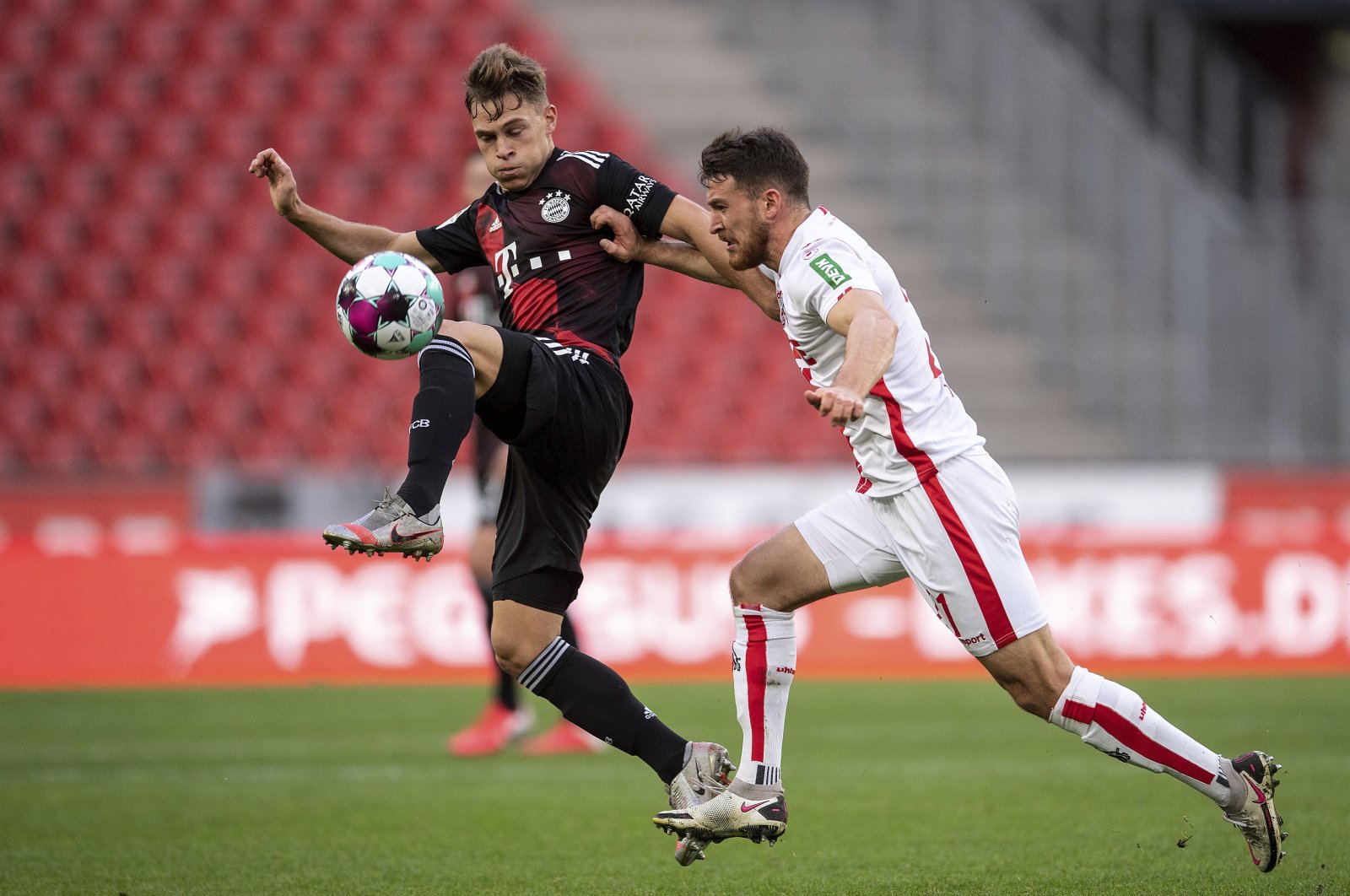 European champion Bayern Munich went top of the Bundesliga on Saturday as Thomas Muller equaled Oliver Kahn's record for most league wins in the famous shirt in a 2-1 victory at Cologne.

Muller, 31, converted an early penalty to put the visitors on the way to a success which saw him match the tally of legendary goalkeeper Kahn with 260 league wins.

Robert Lewandowski, who scored 10 goals in the opening five league games, was rested ahead of Bayern's midweek Champions League match at Salzburg and next Saturday's top-of-the-table Bundesliga clash at second-placed Dortmund.

"(We were) too nonchalant up front, even though the passion was there," said Muller despite the reigning champion’s victory.

Serge Gnabry, who scored Bayern's second goal, admitted, "We let the opponent back into the game, it wasn't our best performance."

An early header by Gnabry led to Cologne defender Marius Wolf giving away the 13th-minute penalty that Mueller scored.

Gnabry added the second on the stroke of half-time when he rolled the ball into the net to finish a counter-attack.

Cologne, however, improved in the second half and substitute midfielder Dominick Drexler pulled back a late goal.

Later in the day, RB Leipzig, which started the weekend at the top of the table, blew its chance to reclaim first place after losing 1-0 at Borussia Monchengaldbach.

The away defeat capped a week to forget for Julian Nagelsmann's Leipzig following the 5-0 thumping at Manchester United in the Champions League.

Leipzig forwards Yussuf Poulsen and Dani Olmo both wasted chances while Gladbach had a goal by Alassane Plea ruled offside.

Austrian winger Hannes Wolf, 21, who is on loan from Leipzig this season, sealed the win with his first Bundesliga goal at 60 minutes before Plea hit the post.

"I've waited a year and a half for this moment. It's taken a lot off my mind," said Hannes who joined RB Leipzig in 2019, but failed to break into the first-team.

"I see myself as a Borussia Monchengladbach player and hope to be here for longer just than this year."

Hummels picked up a late thigh injury while making a tackle.

Dortmund forward Julian Brandt, however, backed Hummels to be fit for their Champions League match at Club Brugge on Wednesday, saying, "He'll make it, he heals quick."

Dortmund took the lead when England winger Jadon Sancho curled in a corner that bounced off Hummels and rolled over the line on 53 minutes.

Hummels grabbed his second with a header from a Marco Reus cross 19 minutes from time.