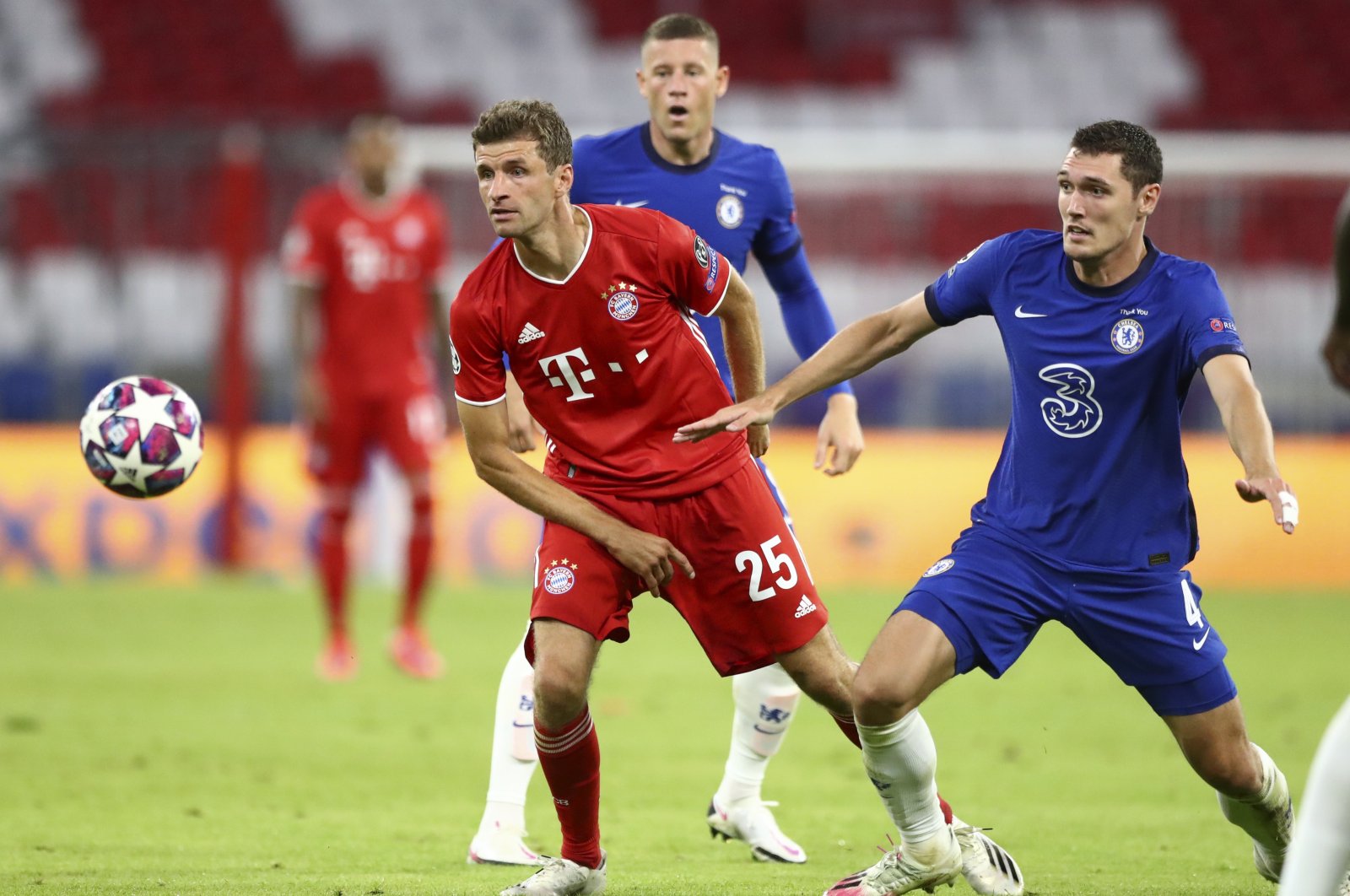 The coronavirus pandemic has changed almost everything about the Champions League. Empty stadiums, games in August and a tournament in Portugal.

The Poland striker scored twice and set up two more goals as Bayern beat Chelsea 4-1 on Saturday for a 7-1 win on aggregate in Munich to book a ticket to Lisbon.

Bayern has won 18 straight competitive games going back to February and hasn't lost since December. Next up is a quarterfinal against Barcelona, which beat Napoli 3-1 in Saturday's other game.

“We wanted to win the game and show we were picking up where we left off,” Bayern coach Hansi Flick told Sky, adding of Barcelona: “As with any opponent, we have the requisite respect, and we're going to prepare well.”

Lewandowski has 13 goals in seven Champions League games this season – putting Cristiano Ronaldo's record of 17 within reach – and 53 in 44 across all competitions.

Bayern started with a 3-0 lead from the first leg in February and took the lead on the night after 10 minutes when Lewandowski scored from the penalty spot after he'd been tripped by goalkeeper Willy Caballero when through on goal.

It was a familiar story for Chelsea after a season peppered by goalkeeping blunders. Caballero was starting after Kepa Arrizabalaga was dropped to the bench following a string of errors.

Lewandowski was the key man again for Bayern's second goal, holding up the ball in the 24th and turning to play in Ivan Perisic, who ran onto the pass from the right and hit the ball past Caballero.

Chelsea was left needing five goals to win and nearly started an improbable comeback soon after when Callum Hudson-Odoi put the ball in the net, only to see his goal ruled out for offside by Tammy Abraham in the buildup.

Abraham did get a goal for Chelsea just before halftime when Bayern 'keeper Manuel Neuer gifted him the ball when clearing a cross.

Corentin Tolisso added another for Bayern in the 76th when he was left unmarked to meet a cross from Lewandowski. Then Lewandowski headed in the fourth off an assist from Alvaro Odriozola eight minutes later.

Flick said Bayern’s players can have breakfast with their families before flying to Portugal on Sunday afternoon and entering the UEFA bubble for the quarterfinals onward. Bayern and Barcelona play each other on Friday in a single-game format.