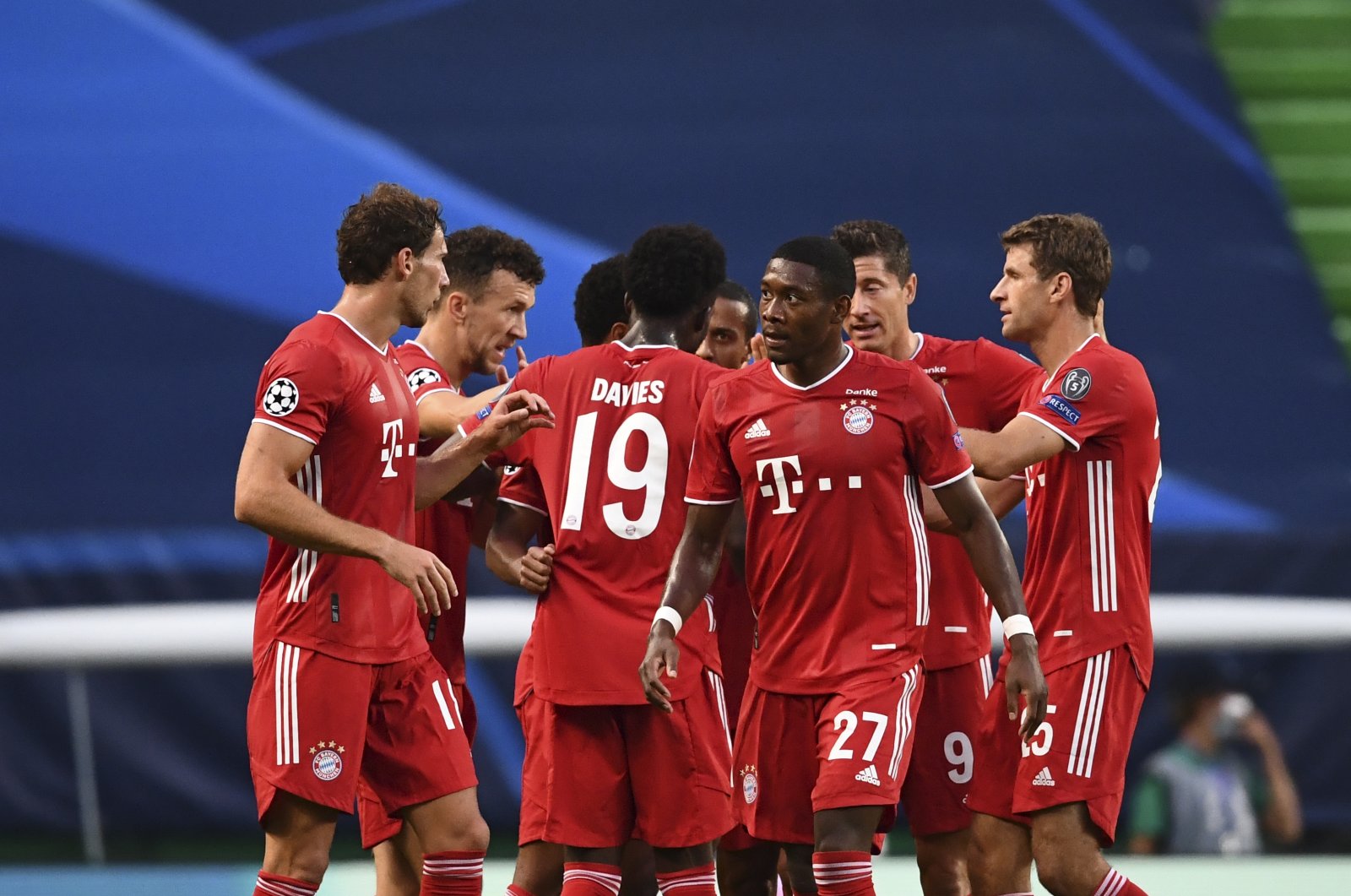 The Champions League final will finally be a meeting of champions again.

Bayern Munich made sure the title match will live up to the competition's name by beating Lyon 3-0 Wednesday, setting up a final against Paris Saint-Germain.

It's the first time in 22 years that the final will feature two teams who qualified as domestic league champions.

Lyon wasted a couple of early chances and was then overwhelmed by the clinical Bavarian powerhouse, the competition's highest-scoring team which was coming off an 8-2 win over Barcelona in the quarterfinals.

PSG as a team only has 25 goals in the competition this season.

"We will look to organize our defense, but we know our biggest strength is putting our opponents under pressure," Bayern coach Hansi Flick said.

In 35 games since Flick was promoted to manager in November after Niko Kovac's firing, he won 32 of them to steer Bayern from fourth place in the Bundesliga, to German Cup glory and into a first continental final since lifting the European Cup in 2013.

Sunday's game at Benfica's stadium will be the first time since Real Madrid faced Juventus in 1998 that two domestic champions met in the final.

"For now we celebrate a little bit," Bayern midfielder Alphonso Davies said. "But afterward we focus on the next game. It’s going to be a good game, there’s going to be goals in it."

The loss for Lyon, in its first Champions League semifinal in a decade, cuts out the last route back into European competitions next season.

After only finishing seventh in the curtailed Ligue 1 season and being beaten in the French League Cup final by PSG, Lyon will be out of Europe for the first time since the 1996-97 season.

Back on the field where it knocked out Manchester City on Saturday, Lyon was made to pay for the squandering its opportunities to take the lead after finding more space in the Bayern defense than Barcelona, which was thrashed 8-2 on Friday.

Memphis Depay hit the side netting in the fifth minute with only goalkeeper Manuel Neuer to beat from a tight angle and Karl Toko Ekambi hit the right post.

“I don’t think we can have any regrets ... because we had two big chances,” Lyon goalkeeper Anthony Lopes said. "We could have been 2-0 up. In these top-level matches you pay for not taking your chances though."

Just a minute after the post denied Lyon the opener, Gnabry brushed aside several challenges as he cut in from the right and powered in a shot into the top corner in the 18th minute.

"The first couple of minutes we struggled a little bit," he said. "My goal came at the right time to give us a bit of confidence."

His threat was evident across the pitch at the Sporting stadium in Lisbon, driving forward with the ball for the move that led to the second goal. After releasing Ivan Perisic on the left wing, the ball was squared into the penalty area. Lewandowski's sliding connection was blocked by Lopes but Gnabry was on hand to knock in the second in the 33rd.

But Lyon was not out of sight.

Just before the hour mark, Moussa Dembélé fed Houssem Aouar who passed to Ekambi, but the forward shot straight at Neuer's legs.

So many chances to score and none taken for the team that also ousted Juventus to qualify for the unique last-eight tournament, which is being played without fans in the Portuguese capital, with single games replacing the usual home and away fixtures.

Lewandowski never has much trouble scoring, although it took until the 88th minute this time when he rose to meet Joshua Kimmich's free kick with a header.

Lewandowski has now scored in nine consecutive Champions League games and has 55 goals overall for the season.

And it wrapped up a 20th successive victory in all competitions for Bayern.