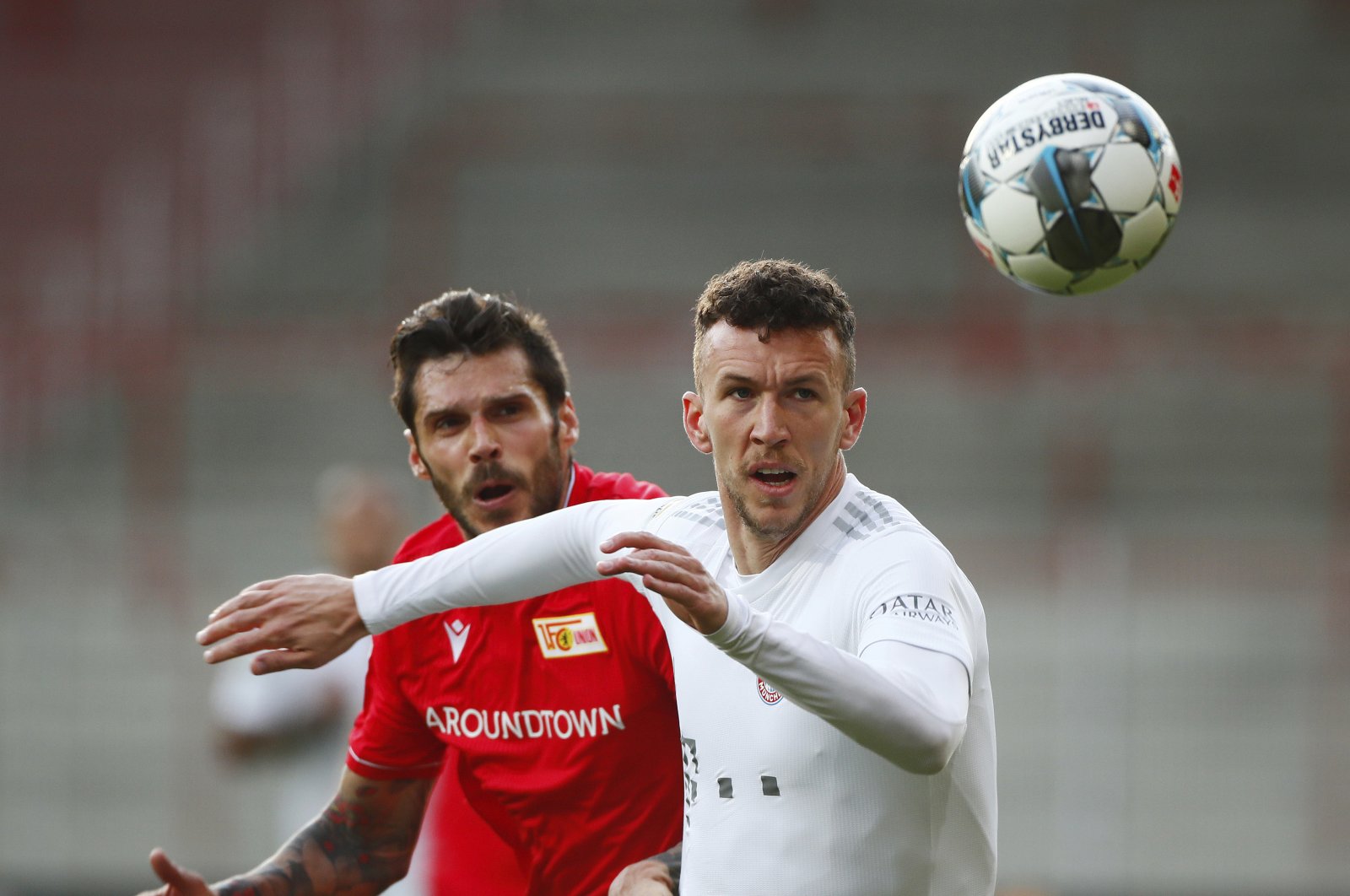 Bayern Munich's Ivan Perisic in action with Union Berlin's Christopher Trimmel during the match in Berlin, Germany, May 17, 2020. (AP Photo)
by Reuters May 18, 2020 1:12 pm
RECOMMENDED

Bayern Munich scored a goal late in each half to beat promoted Union Berlin 2-0 on their return to the Bundesliga on Sunday after more than two months out due to the COVID-19 pandemic, and protect its four-point lead at the top.

League top-scorer Robert Lewandowski converted a 40th-minute spot kick, and Benjamin Pavard headed in a corner in the 80th in an empty stadium to keep the Bavarians in the driving seat for a record-extending eighth successive league title.

Bayern is now on 58 points, with Borussia Dortmund in second place on 54 following its 4-0 demolition of Schalke 04 on Saturday. There are eight matchdays left in the season.

"We were there from the start even though it may not have been our best performance today," said Bayer captain Manuel Neuer, who has now kept a clean sheet at least once against all 35 Bundesliga clubs he has played against.

The Bundesliga is the first major sports league in the world to restart amid the pandemic but games are played without fans.

The empty slabs of the concrete stands in the Alte Foersterei stadium with a few dozen officials, staff and substitutes scattered around were an unusual setting for a return to action of Germany's most successful club.

But Bayern quickly took control and had an early effort ruled offside. Union was without coach Urs Fischer, who was missing for private reasons.

The visitors had to wait until the 40th minute to score with Lewandowski, chasing Gerd Mueller's legendary 40-league goal record from 1972, grabbing his 26th of the campaign from the spot.

The game lost some of its pace after the break with the players lacking match practice.

Pavard made sure of the three points when he headed in a Joshua Kimmich corner.