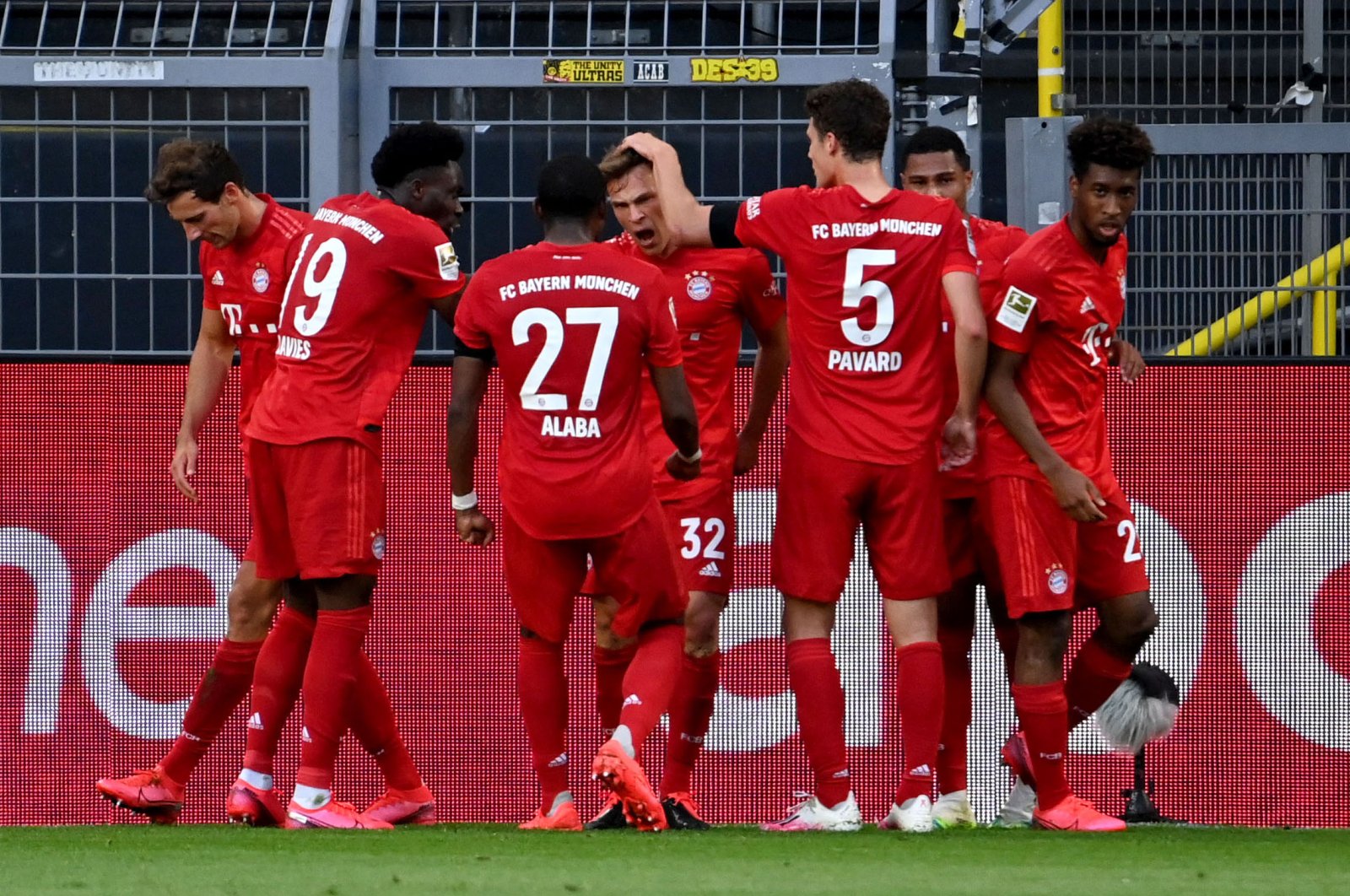 Joshua Kimmich (C) of Bayern Munich celebrates with teammates after scoring the 0-1 goal during a match between Borussia Dortmund and FC Bayern Munich at Signal Iduna Park in Dortmund, Germany, May 26, 2020. (EPA Photo)
by French Press Agency - AFP
May 30, 2020 1:49 pm

Bayern Munich players have accepted a salary cut which will last until the "end of the season" to help the Bundesliga champions through the coronavirus crisis, club president Herbert Hainer said on Saturday.

In April, the Bayern squad took a 20% reduction in salary, but Hainer did not specify how large the cut was this time.

"It is very satisfying to see that our team understands the situation and will again give up part of their salary until the end of the season," Hainer told German daily Bild.

Bayern sits seven points clear of second-placed Borussia Dortmund at the top of the Bundesliga with six games remaining as they look set to win a record-extending eighth straight title.

The German top-flight season is scheduled to end on June 27, although Bayern could potentially also be in the German Cup final on July 4.

Hansi Flick's side is also still in the Champions League, after a 3-0 victory at Chelsea in their last 16 first leg before the coronavirus lockdown, but UEFA is yet to announce how it plans to end that competition.