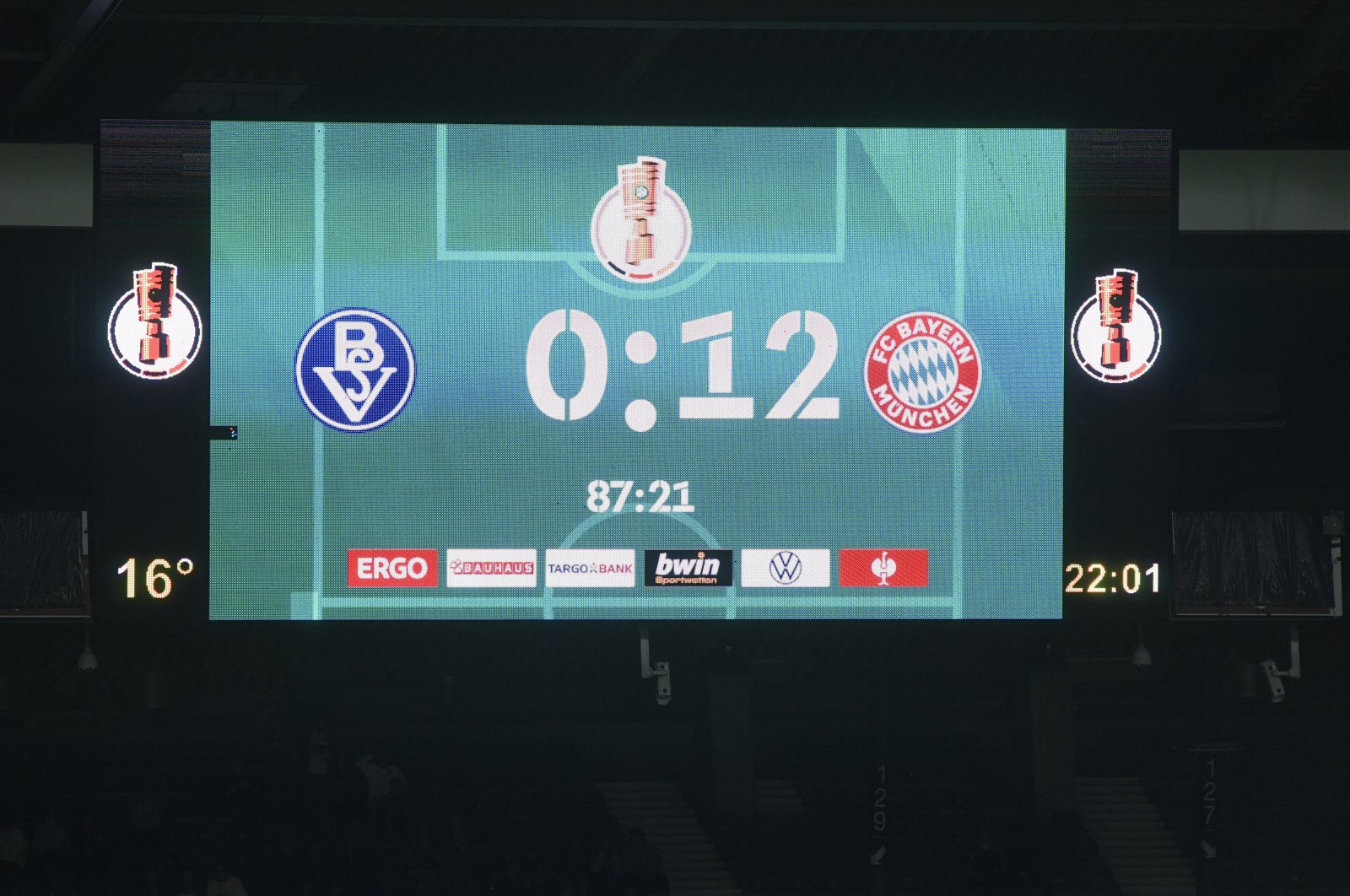 Bundesliga champion Bayern Munich on Wednesday demolished fifth-tier minnows Bremer 12-0 in German Cup to advance to the next round.

The original tie was postponed at the start of August after an outbreak of COVID-19 in the squad of Bremer, who play in Bremen's regional league.

Bayern was 8-0 up when Bremer was reduced to 10 men for the last 13 minutes after its defender Ugo Nobile hauled down Bayern replacement midfielder Michael Cuisance, who was through on goal.

Even with its star striker Robert Lewandowski and Germany goalkeeper Manuel Neuer both rested, Bayern strolled into this Sunday's draw for the second round.

Choupo-Moting wrapped up his hat-trick within the opening 35 minutes and, having been handed the captain's armband for the second-half, grabbed his fourth and Bayern's 10th in the dying stages.

"We threw ourselves into it from the first to the last minute, that's why the game turned out like it did," he said.

Germany winger Leroy Sane provided Choupo-Moting with simple tap-ins for his first two goals before the Cameroon star headed in his third goal after the host defense failed to clear the danger.

He fired home from a tight angle, then flicking the ball past the Bremer goalkeeper, which was helped into the net by defender Jan-Luca Warm for an own goal.

"It was fun to score goals and get into a rhythm," said Musiala.

It was 5-0 at half-time, but Bayern then added two goals in quick succession when 19-year-old replacement striker Malik Tillman took full advantage of a mistake in the defense before Musiala grabbed his second.

Bayern coach Julian Nagelsmann experimented by giving left-back Omar Richards his debut since his free transfer from Reading this summer.

American defender Chris Richards, 21, also made a rare appearance for the second half.

"It was clear that we had to - and would - win the game, but the way we did it was important," said Nagelsmann, who heaped praise on Choupo-Moting.

Having earlier been booed by the Bremen crowd, Sane was given a round of applause when he slotted home the visitors' eighth goal with 25 minutes left.

Following Nobile's dismissal, French midfielder Michael Cuisance grabbed a goal of his own, then set up Choupo-Moting for his fourth.