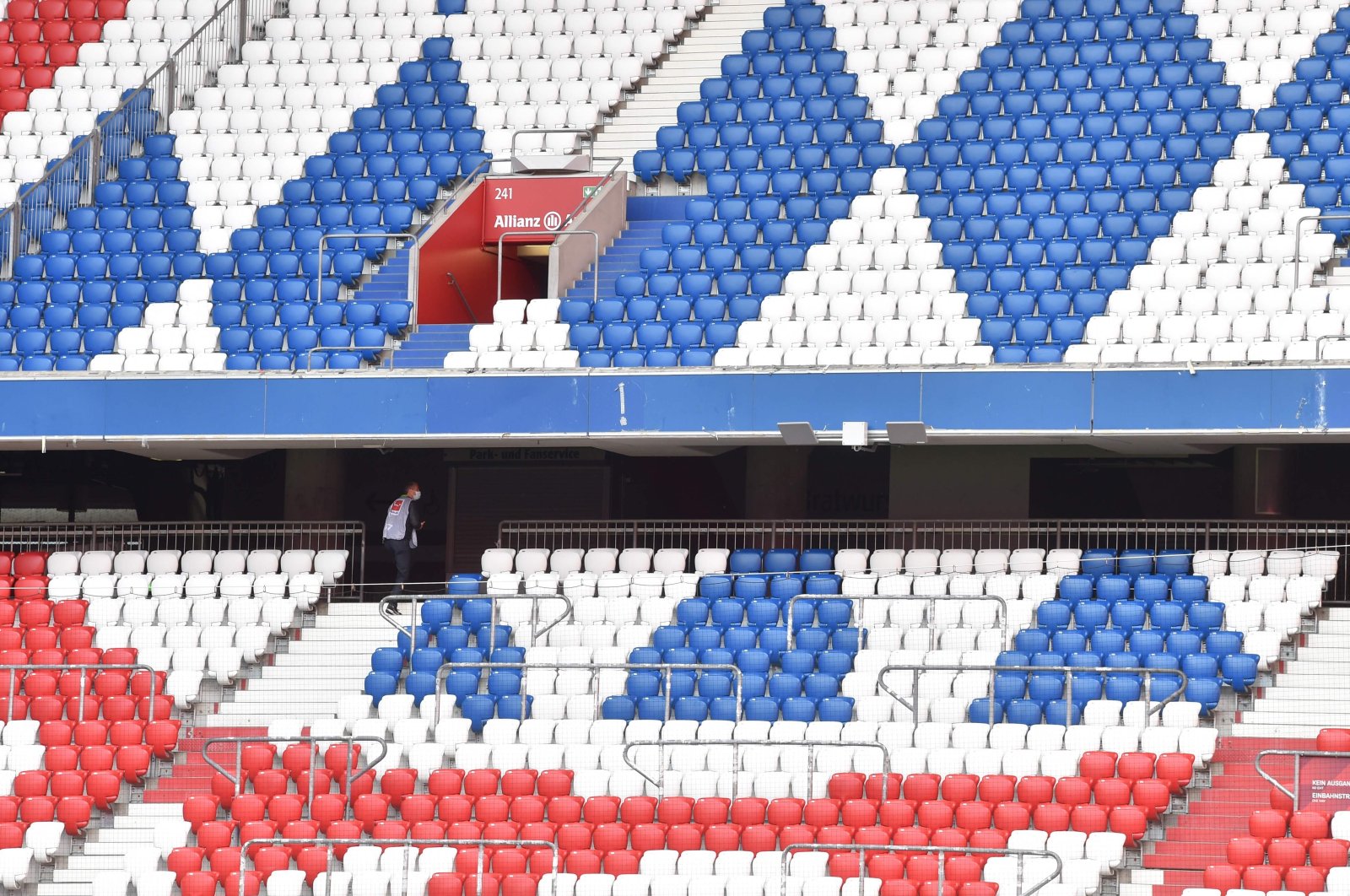 A staff member is seen in the empty stands prior to a Bundesliga football match between FC Bayern Munich and Hertha Berlin at Allianz Arena in Munich, Germany, Oct. 4, 2020. (AFP Photo)
by French Press Agency - AFP Oct 05, 2020 9:36 pm
RECOMMENDED

Both signed one-year contracts while the European champions also boosted their defensive options by adding French right-back Bouna Sarr to their ranks on a four-year deal.

Bayern had already completed the transfer of Espanyol midfielder Marc Roca on a five-year contract over the weekend.

Saar made 181 appearances for Marseille, including in the 2018 Europa League final, which the French club lost to Atletico Madrid.

The 28-year-old said it was a "dream come true" to join Bayern.

"He brings stability and experience to the table, we also believe that he'll develop further at FC Bayern," he said.

Choupo-Moting, 31, who was out of contract at Paris Saint-Germain after helping the French club reach the Champions League final in August, has been signed as a back-up to Robert Lewandowski.

The Cameroon forward, who also played for English club Stoke, returns to the Bundesliga following stints with Hamburg, Nuremberg, Mainz and Schalke.

"It's a great feeling to come back to the Bundesliga – and then to the biggest club in Germany," he said. "Who wouldn't want to play for FC Bayern?"

Brazil winger Costa, 30, who spent two years at Bayern before leaving in 2017, is returning to compete with Serge Gnabry, Kingsley Coman and Leroy Sane for a place on the flanks.

He has been signed on a one-year loan deal.

"I'm very happy to be playing for Bayern again, I had a wonderful time in Munich, with lots of successes and I'm sure we'll win titles again," said Costa, who has made 31 appearances for his country.

The Bavarian giants were said to have tried again to sign 19-year-old winger Callum Hudson-Odoi from Chelsea but the German media reported the clubs had failed to agree on a fee.

Bayern coach Hansi Flick has made no secret that he needs new signings after losing Philippe Coutinho, Ivan Perisic and Thiago Alcantara from the squad which won the Champions League.