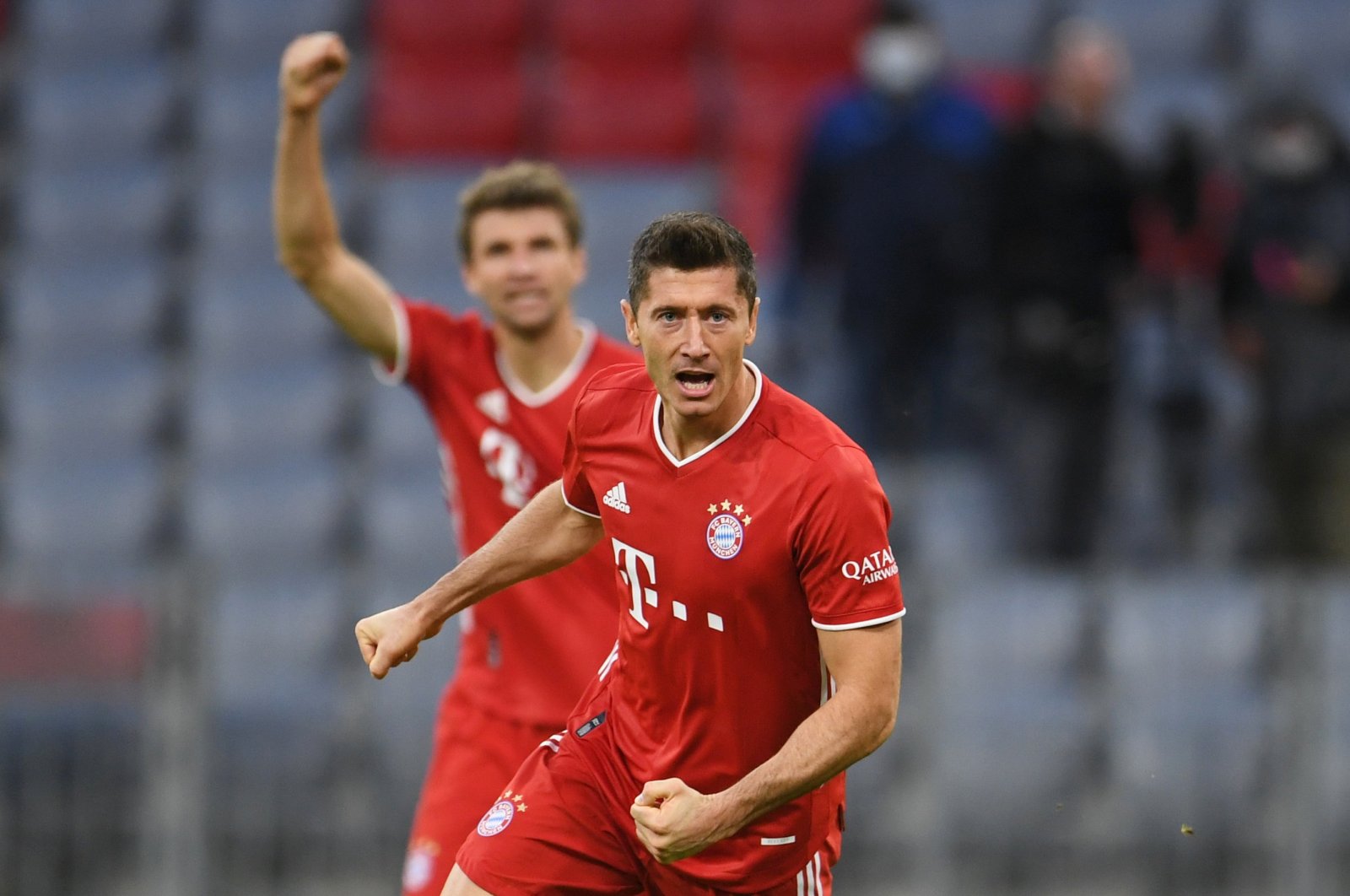 After Champions League glory last season, Bayern Munich starts its bid for back-to-back titles with a tough matchup against Atletico Madrid at an empty Allianz Arena

Just 59 days after lifting the Champions League trophy in Lisbon, Bayern Munich start its title defense on Wednesday with a difficult home game against Atletico Madrid.

It's the third competition Bayern starts this season amid a tight coronavirus-affected football calendar, which will force the club to play several midweek games.

Players had no rest and not much time to savor their first Bundesliga away win of the season against Arminia Bielefeld.

"We need to maintain the rhythm and win the next game too," striker Robert Lewandowski said after the match. "The Champions League is always special, but we're prepared for the game."

The matchup doesn't bring good memories for Bayern. The last meeting between the clubs was in the 2016-2017 season when each won their respective group stage home game 1-0 and went through to the next round.

But in the previous season, 2015-2016, Atletico knocked out Bayern in the semifinals thanks to an away goal scored at the Allianz Arena.

Since then a lot has changed, but the titleholder maintains its respect for its opponent.

"They're a strong and awkward team. They were rightly in the knockout stages last season," goalkeeper Manuel Neuer said. "Everyone knows the players, so we can look forward to a great night of football on Wednesday.

"It's the first game, so you never know where your opponents are at in the Champions League."

After the win in Bielefeld coach Hansi Flick said the team is missing some training sessions and it would be a challenge.

However, to handle the packed schedule in a better way and attempt to defend three titles – Bundesliga, German Cup and Champions League – Bayern has brought in new players since its 1-0 win against Paris Saint-Germain in the final last season.

Signings such as Eric Maxim Choupo-Moting, Alexander Nubel, Marc Roca, among others and a talented youth academy will give Flick the chance to rotate his options as seen against Duren in Bayern's German Cup opener on Oct. 15.

Newcomer Leroy Sane, however, is still working his way back to fitness after a knee injury and at best will have a seat on the bench.

"We must evaluate from game to game and see how fit each player is. We must all work together, coaching staff and also the players," Flick said.

For family reasons, Joshua Kimmich, who already missed the game at Bielefeld, is not certain to play on Wednesday.

"Against Atletico he is very important. I hope he can be there. It's a home game so chances of him being there are bigger," Flick told newspaper Bild.

As for Atletico, the club confirmed on Monday that Douglas Costa won't travel to Germany. The Spain striker limped off with what appeared to be a hamstring strain on Saturday in Atletico's 2-0 league win over Celta Vigo.

The game at the Allianz Arena will take place behind closed doors due to rising coronavirus infection rates in Munich and across much of Europe.

Elsewhere, Pep Guardiola will start his latest bid to lead Manchester City to Champions League glory with the shadows of past failures casting doubt on his ability to do.

City hosts Porto in its opening group match with Guardiola's failing in the tournament weighing heavily on both the Spanish boss and his club.

Despite all its domestic success in recent years, City has never gone beyond the semifinals of the Champions League and Guardiola has found the competition equally vexing for much of the last decade.

Since he won the Champions League as Barcelona boss for the second time in 2011, Guardiola has failed to return to the final. That nine-year drought includes four years of frustration since he took charge at City in 2016.

Last season's shock 3-1 defeat against Lyon in Lisbon was especially galling as City was heavy favorites against the French side.

For several months last season, it appeared City would not even be competing in the Champions League this term after UEFA gave them a two-year ban from European competitions for Financial Fairplay breaches.

City's legal dream team won that battle and the suspension was eventually thrown out on appeal.

Whether Guardiola can be as successful in Europe as City's Abu Dhabi-based owners were in the courtroom remains far from certain.

There have been some worrying signs already as Leicester thrashed City 5-2, while Saturday's 1-0 win against Arsenal was far from convincing.

Significantly, Guardiola was able to welcome back Sergio Aguero last weekend as City's record goalscorer made his first appearance for four months after knee surgery.

City has lacked a cutting edge in Aguero's absence and Guardiola's hopes of a serious Champions League challenge hinge on the Argentine striker staying fit.