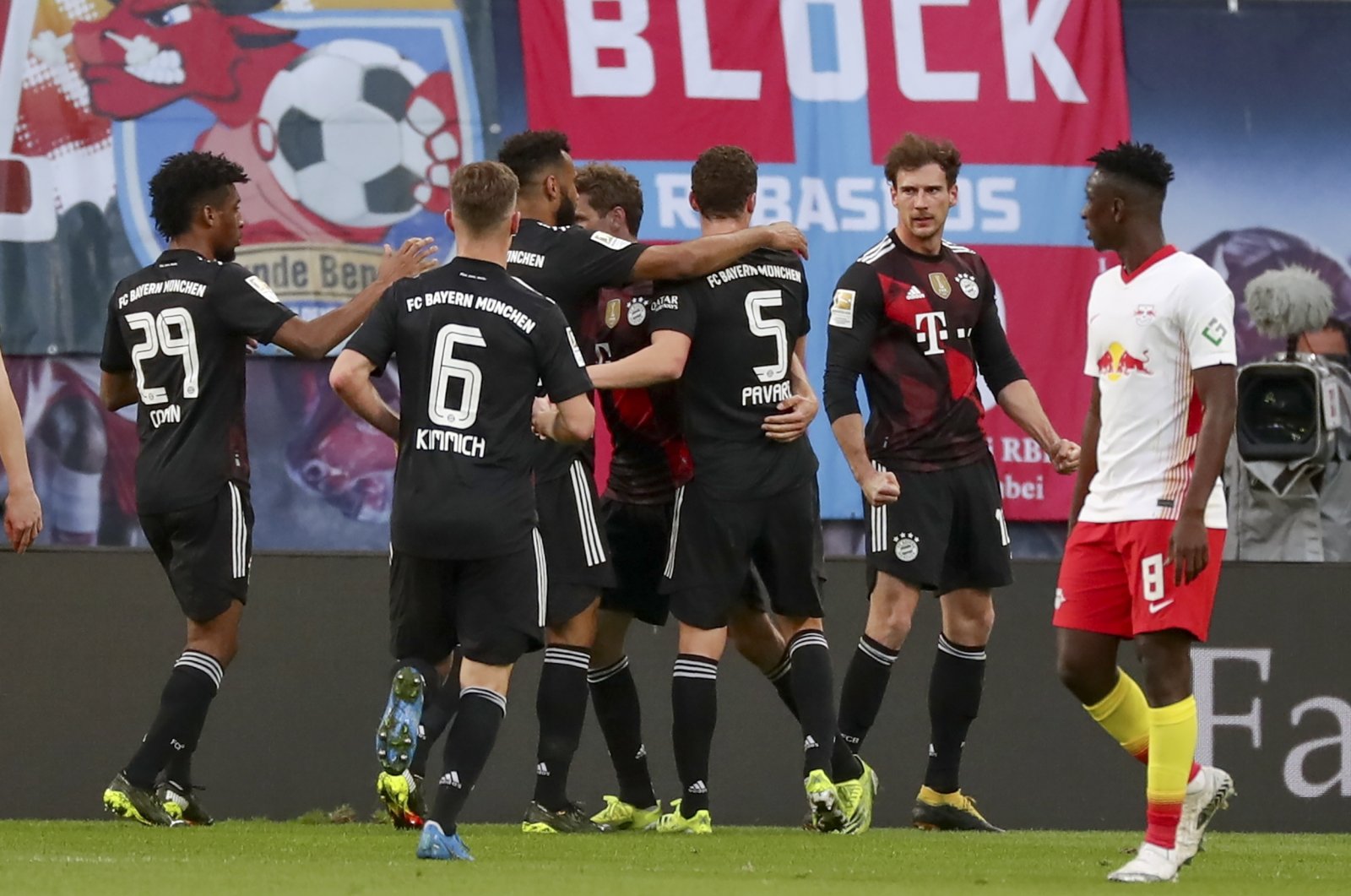 Leon Goretzka’s 38th-minute strike was enough for Bayern to move seven points clear of Leipzig with seven games of the season remaining. Bayern has only dropped points in seven games from 27 so far and the players celebrated the final whistle as if they had already won the title.

"We don’t need to talk about the title,” Leipzig chief executive Oliver Mintzlaff said in remarks carried by The Associated Press (AP).

Bayern coach Hansi Flick was more cautious. "We will not say today that the season is over," he said. "It was a good and important step. But we want to get maximum points from the last seven remaining matches."

"It was a top game and Leipzig proved why they are up there. It was clear that in the second half they will try everything. They caused us problems but the attitude of my team was outstanding," Flick was quoted as saying by Reuters.

RB Leipzig's Julian Nagelsmann, for his part, looked as if he conceded the race to the Bavarians. "For us, it's about finishing second in the table. We're playing a good season and we want to keep going, even if our first chance of a title is gone," Nagelsmann told Sky, according to Agence France-Presse (AFP).

Leipzig will now need a near miracle if they are to stop Bayern from winning a 30th Bundesliga title in May, yet match-winner Goretzka remained calm.

"There are still 21 points on offer this season, so this was a big step towards the title, but not a decisive one," he said.

The hosts were the better team and had some 60% possession in the first half but were far too wasteful with their finishing.

Bayern had to make do without injured top-scorer Robert Lewandowski, a bitter blow for the Poland star who just needed to score against Leipzig to complete a remarkable feat of scoring against all 17 opposing teams in a Bundesliga season. With Leipzig the only exception this season, Lewandowski will have to be content sharing the record for scoring against 16 opponents in the 18-team league.

Lewandowski is out for around four weeks with a knee injury picked up playing for Poland in a World Cup qualifier against Andorra. He is also in danger of missing out on the Bundesliga record for goals in a season. Lewandowski needs just five more to match Bayern and West Germany great Gerd Müller’s haul of 40 from the 1971-72 season.

Leipzig tried hard but Bayern goalkeeper Manuel Neuer really only had to make one outstanding save before the hour mark, denying the home side an equalizer when he tipped Marcel Sabitzer’s fierce strike over the crossbar.

Bayern’s goal could be replicated by Germany at the upcoming European Championship. Joshua Kimmich played a long ball to Thomas Müller, who eluded a defender and waited before playing it back for the in-rushing Goretzka to smash inside the right post.

Neuer was called into action before the game when he used his towel to close a hole in the goal net. The attempted save was deemed not good enough by the referee's assistant who told referee Daniel Siebert that another solution was needed.

But Neuer had tied the towel hard and he was unable to remove it while wearing his goalkeeping gloves. Siebert lent his assistance. Kickoff was delayed slightly when the towel was replaced by cable ties holding the net together.

"Manu was creative,” Flick said of his goalkeeper. "This makes him stand out again.”

"Not reaching the Champions League would be a catastrophe from a sporting and financial point of view,” said Dortmund defender Mats Hummels, who acknowledged it was "very, very difficult” now for his team to reach it.

Luka Jovic forced his way through on a counterattack before he was finally stopped by Hummels. But the rebound fell kindly for Filip Kostic to cross for Silva to head Frankfurt’s winner in the 87th minute. It was the Portugal striker’s 22nd goal of the season.

Dortmund had got off to a bad start when Nico Schulz headed Kostic’s deflected cross into his own net in the 11th minute. The Dortmund defender was trying to prevent the ball from reaching the lurking Silva.

The equalizer came from an unlikely source right before the break when Hummels scored from close range after Emre Can chested down a corner.

Frankfurt defender Stefan Ilsanker thought he had scored in the 65th, but the goal was ruled out through the Video Assistant Referee (VAR) for offside.

Huntelaar not enough to save Schalke

Klaas Jan Huntelaar made his first start for Schalke at Bayer Leverkusen since he returned for his second stint, but the veteran Dutch striker was unable to inspire the league’s worst team to any improvement despite scoring in a 2-1 loss.

Kerem Demirbay crossed for Lucas Alario to open the scoring in the 26th, and Patrick Schick scored in the 72nd to ensure new Leverkusen coach Hannes Wolf got off to a winning start. Wolf replaced the fired Peter Bosz during the international break.