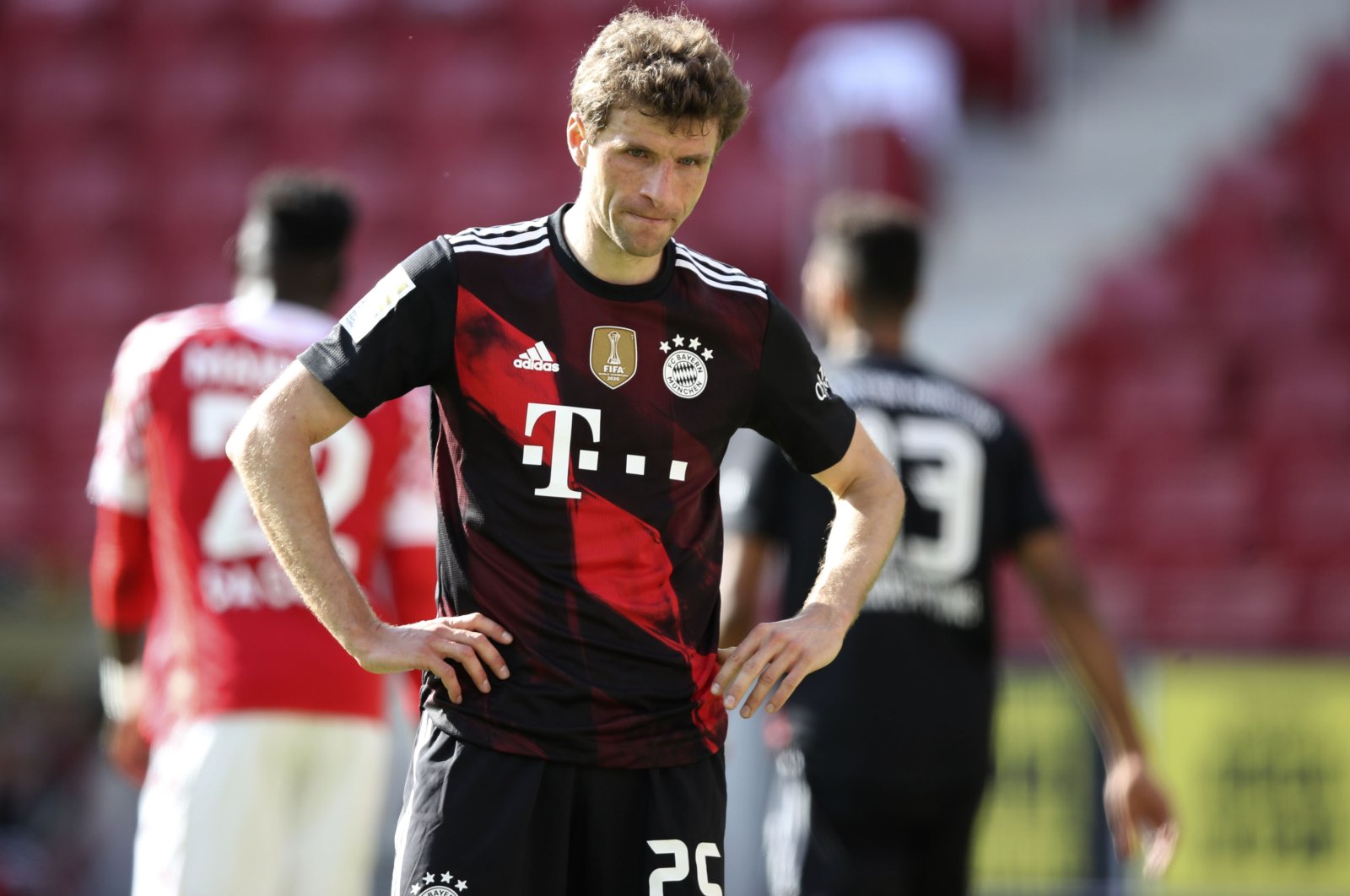 Bundesliga leaders Bayern Munich had to put its title celebrations on hold after suffering a shock defeat against relegation-threatened Mainz 2-1 on Saturday.

First-half goals from Jonathan Burkardt and Robin Quaison lifted Mainz five points clear of the relegation zone after a remarkable turnaround in the second half of the season.

Robert Lewandowski returned from a month out with a knee injury to score for Bayern in the fourth minute of injury time and take his season tally to 36, but it was too late for the eight-time defending champions.

"We tried but in the end we didn’t deserve to take a point here,” Thomas Müller said.

Bayern could still win the title this weekend, depending on how second-placed Leipzig fares against Stuttgart on Sunday. A Leipzig defeat would hand Bayern the title with three games to spare, but anything else means the Bavarian powerhouse will have to wait. Bayern hosts Borussia Monchengladbach next weekend in the next opportunity to win the league.

Mainz forward Burkardt opened the scoring in the third minute when Bayern captain Manuel Neuer was deceived by his centrally placed shot.

Bayern coach Hansi Flick reacted with three changes at the break, Eric Maxim Choupo-Moting and Jamal Musiala replacing the ineffective Leroy Sane and Kingsley Coman, and Tanguy Nianzou going on for Leon Goretzka, who was in danger of a second booking.

Bayern came back from 2-0 down to win the reverse fixture 5-2 in Munich on Jan. 3, but Mainz is a different prospect since Bo Svensson took over as coach the following day. Mainz is unbeaten in seven games with five wins in that run.

Dortmund was 11 points behind Wolfsburg and seven points behind Frankfurt, but the gap has shrunk to two points and one point, respectively, in the four rounds since.

Haaland capitalized on a botched back pass from German defender Ridle Baku to open the scoring in the 12th minute.

Another youngster, the 17-year-old Jude Bellingham, left Dortmund a man short when he was sent off for his second yellow card with just over half an hour to play.

But Mahmoud Dahoud won the ball to send Haaland on his way for his second goal in the 68th. It was the 20-year-old Norwegian’s 25th of the season.

"The situation is very dangerous,” said Bremen coach Florian Kohfeldt, whose side was just a point above the relegation zone.