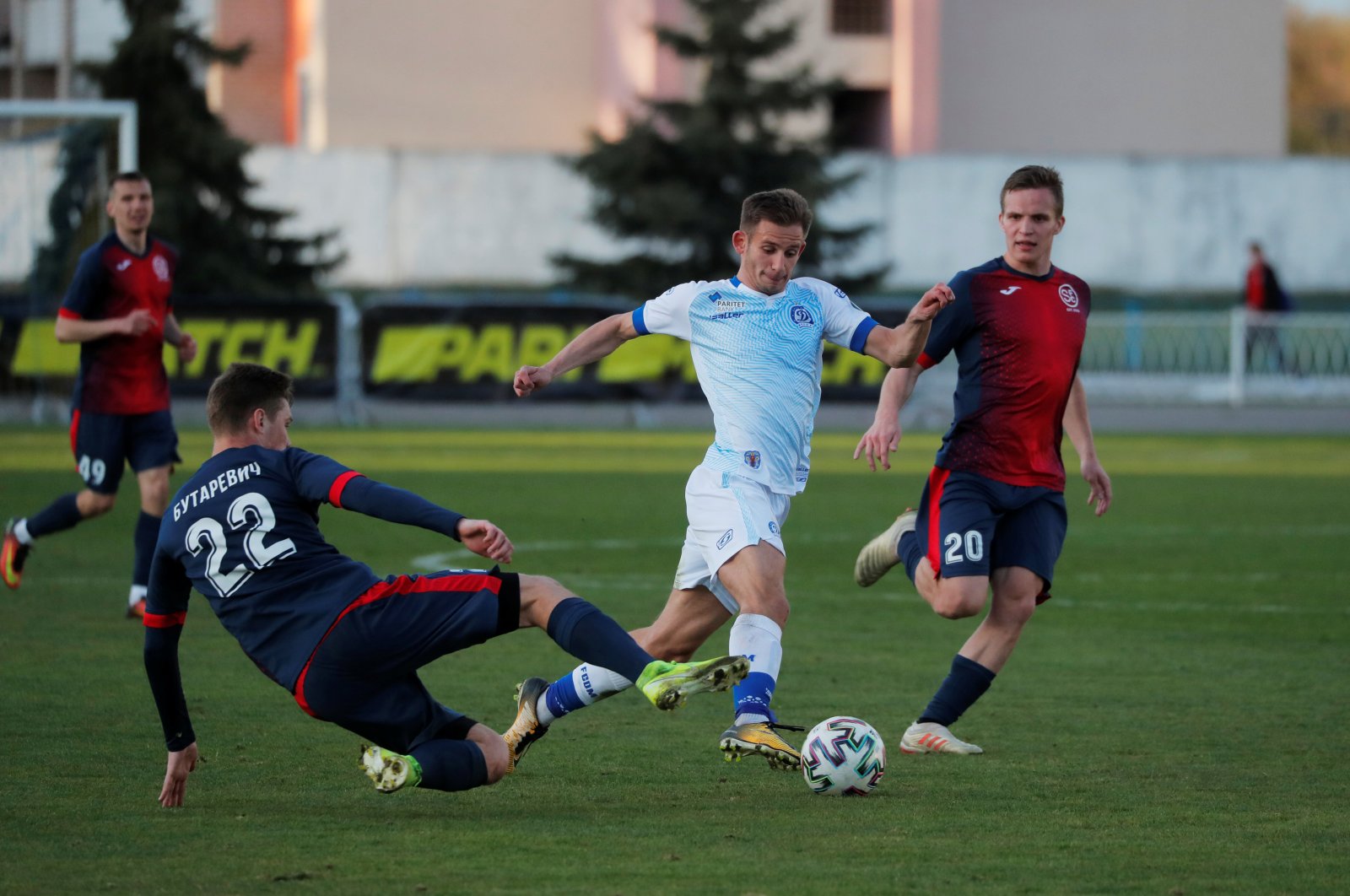 Belarus’ football league is among the few open amid the coronavirus pandemic. Though local fans increasingly stay away from matches, it has newfound fans abroad hungry for even a small dose of football action while in lockdown

As Belarus resists imposing a lockdown to combat the coronavirus, its football league has stumbled into the international limelight as Europe's only remaining top-flight competition. But players are worried about the health risks and only diehard fans are braving matches.

FC Slutsk fan Yahor Khavanski, 26, is "a bit afraid" but could not imagine quitting his weekend football fix. He was about to put on a surgical mask and a FC Slutsk scarf and "try not to touch anything" at a clash against rivals Belshina Bobruisk on Sunday. "The stadium holds 2,000 people, but only 300 came to the last match. You can sit anywhere you want and keep your distance," he told Agence France-Presse (AFP) by phone. Khavanski says he will keep attending matches, regardless of the risk. In his view, he faces "the same odds of being infected on public transport or in shops."

Life has continued as normal in Belarus, whose authoritarian leader Alexander Lukashenko has dismissed World Health Organization (WHO) recommendations to impose a virus lockdown. With a population of nearly 10 million, Belarus has registered 9,590 coronavirus cases. Neighboring Ukraine, with four times the population, has registered fewer cases. The Belarusian Football Federation (BFF) has followed the government's lead, saying it will not stop matches under the current guidelines. The BFF even announced this week its women's league will kick off on April 30 following a two-week delay over fears players had come into contact with people infected with the virus.

On paper, the decision to allow matches is a huge boon to a struggling league. Russia's largest sports network bought the rights to air matches in March, a move followed by 11 other countries including India and Israel. Clubs have started Twitter accounts in English to cater to the new influx of international spectators. Fans and management at FC Slutsk wonder whether the new interest could save the club. FC Slutsk's main sponsor is a local, state-run sugar company. "But the sugar industry is in decline," club president Vitaly Bunas told AFP. With the factory director in prison over a corruption conviction, Bunas says "the club's finances are catastrophic." Yet fans in Australia have crowd-funded nearly $4,000 and launched a Facebook group for FC Slutsk's new followers abroad, an initiative Bunas said was "surprising but welcome."

The boost of attracting new fans abroad has come against the backdrop of dwindling spectators, with a total of just 2,383 fans in attendance across the eight league matches last weekend. Dinamo Minsk's match against Neman Grodno, held in the country's largest stadium last weekend, was played in front of only 317 people. At the end of March, fans in Grodno criticized the official response to the pandemic and virus "lies," calling on the BFF to "finally have the courage to stop the championship." Fan groups at all of the league's top clubs have announced they will not attend matches.

Several players, mainly foreign based, have weighed in, saying the league should be suspended. "It's a little scary," said Dinamo Brest striker Artem Milevsky on Instagram last week after a match in Vitebsk, the town which has the second highest number of infections in Belarus. Dinamo Minsk midfielder, Danilo, told Brazilian media: "If the major championships have stopped, why haven't we? We should do the same." But with the league gaining more attention than ever, other players see this as their moment. French-Armenian footballer Hayk Mosakhanian said it was a "plus" the league was continuing, welcoming publicity "if we play well." The Energetik-BGU midfielder added that young players "want to show off." For up and coming stars, he said, the pandemic has offered a chance to stand out. "It's an opportunity," he told AFP.