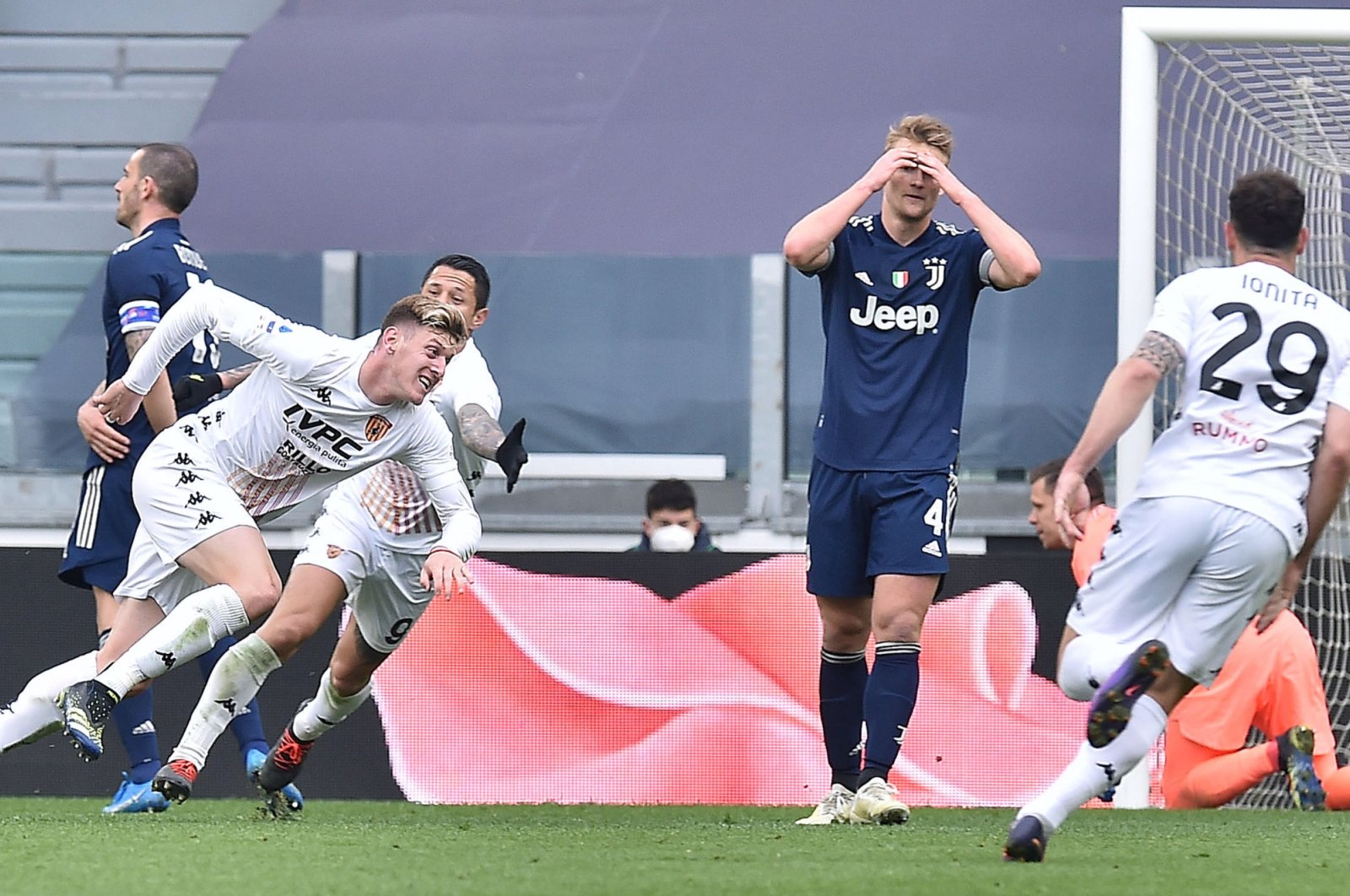 Juventus’ hopes of retaining its Serie A title diminished as it surprisingly lost 1-0 at home to relegation-threatened Benevento on Sunday as the pressure grew still further on coach Andrea Pirlo.

"My future? The club will decide, I will continue to work day by day, match after match, to try to do my best,” Pirlo said.

"Then at the end, everyone can draw their own conclusions.”

Juventus remained third, 10 points behind Serie A leader Inter Milan, which had its match against Sassuolo postponed because of coronavirus cases in the Nerazzurri camp. AC Milan moved within six points of Inter with a 3-2 win at struggling Fiorentina.

"There wasn’t too much pressure, just the need to have a better match than this,” Pirlo said. "We had a bad match in every aspect. Our aim was to try to win by playing better. Instead, we ran into a bad day with our attitude and technical errors."

Pirlo feels Juventus' hopes of a record-extending 10th successive Serie A title are not over.

"We have to continue to believe in ourselves and focus on our own path and our own work," he added. "Our aim hasn’t changed but we need to certainly change our mindset.”

The victory, perhaps Benevento's biggest in its history, was the team's first win since Jan. 6 and lifted Filippo Inzaghi's side seven points clear of the relegation zone.

"I think that for Benevento it is something historic,” Inzaghi said. "I am happy for the president, the director, the fans and above all for the players, I knew they had the potential to do something crazy.

"Today they managed that and I am very happy, I think that this joy will remain inside them forever.”

Pirlo, who is in his first season as coach, was under increasing pressure after Juventus' recent elimination from the Champions League by Porto.

Juventus struggled to make an impact on Benevento although it thought it had a penalty for a handball by visiting defender Daam Foulon in the 36th. However, the referee reversed his decision after reviewing the incident on the pitchside monitor.

Cristiano Ronaldo had the ball in the back of the net two minutes later but it was ruled out for offside.

Benevento took a shock lead when Arthur’s cross across his own area to Danilo was underhit and pounced on by Gaich, who gleefully turned it into the bottom left corner.

Turkish midfielder Hakan Çalhanoğlu scored the winner as Milan bounced back from its Europa League elimination by Manchester United and won a wild game in Florence.

Zlatan Ibrahimovic opened the scoring for Milan by slotting in after controlling a ball over the top.

That came shortly after Fikayo Tomori cleared an early Fiorentina chance off the line.

Erick Pulgar curled in a free kick for Fiorentina to make it 1-1 before both sides hit the crossbar: first a flick from Fiorentina captain Germán Pezzella, and a chip shot from Ibrahimović.

Two more goals came after the break - a fine finish from Fiorentina’s Franck Ribéry, then a close-range effort from Milan’s Brahim Díaz.

Çalhanoğlu’s decisive bouncing shot into the corner was the product of a full-team move, starting with Tomori.

"A comeback like this was very important,” Ibrahimović said. "We had spirit, mentality, we were 2-1 down, but we wanted to win at all costs. We showed the character of this team and we must continue like this.”

Meanwhile, a new-look Atalanta won 2-0 at Hellas Verona to boost its chances of qualifying for next year’s Champions League.

Atalanta dominated after introducing a surprise new tactical system with Ruslan Malinovskyi and Duván Zapata scoring in the first half to help the team consolidate fourth place.

Fourth-place Atalanta moved level with Juventus and remained two points above Napoli, which beat Roma 2-0 with a brace from Dries Mertens.

Atalanta coach Gian Piero Gasperini changed his formation, using four at the back for the first time since 2016.

In the other matches of the week, Lazio maintained its hopes of sneaking into the Champions League with a 1-0 win at Udinese.