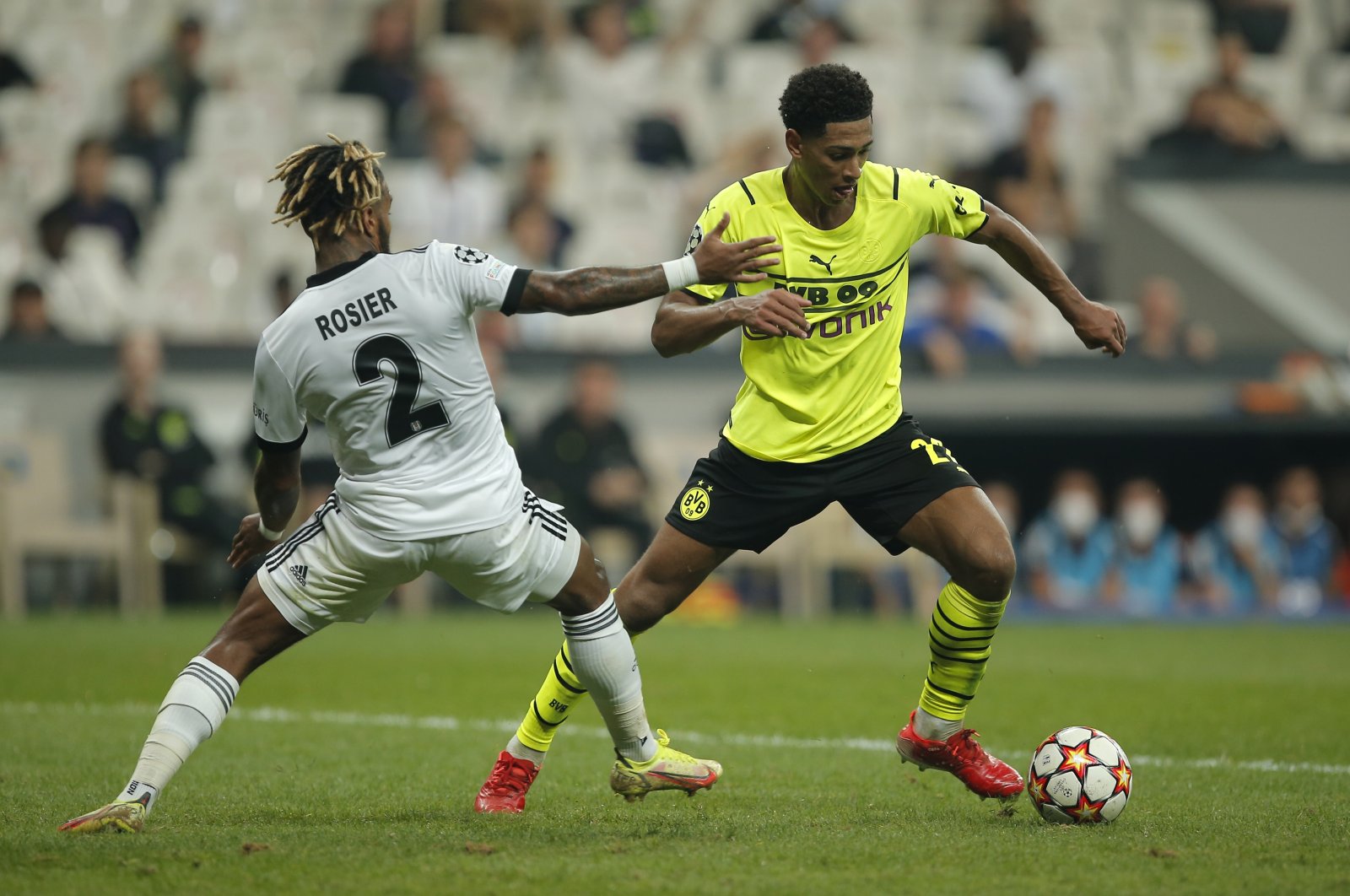 The 18-year-old Bellingham was outstanding as he scored the opener and set up Haaland for the Norwegian’s ninth goal in six games across all competitions this season. Haaland scored 10 in eight Champions League games for Dortmund last season.

Beşiktaş made the much better start, roared on by vocal supporters, while the visitors seemed to struggle with the soft playing surface.

Former Dortmund forward Michy Batshuayi almost scored in the sixth minute when he drew a good save from Gregor Kobel.

It took 17 minutes before the visitors first showed a threatening sign, but the move between Marco Reus, Julian Brandt and Haaland lacked precision and broke down.

Bellingham scored three minutes later when he took Thomas Meunier’s cross on his chest before firing the ball through goalkeeper Ersin Destanoğlu’s legs.

From then on it was all Dortmund, though the visitors had to wait before Bellingham set up Haaland for the second just before the break. The England midfielder moved past a defender by switching the ball from his right foot to his left before he picked out Haaland for an easy finish.

Destanoğlu stopped a central shot from Bellingham early in the second half, before Kobel did well to deny Batshuayi again at the other end.

Dortmund coach Marco Rose made three substitutions at once with 20 minutes remaining, with Bellingham among those to go off, before Destanoğlu saved another good chance from Haaland.

Ansgar Knauff came on for Haaland with five minutes of normal time remaining and grazed the crossbar in injury time.