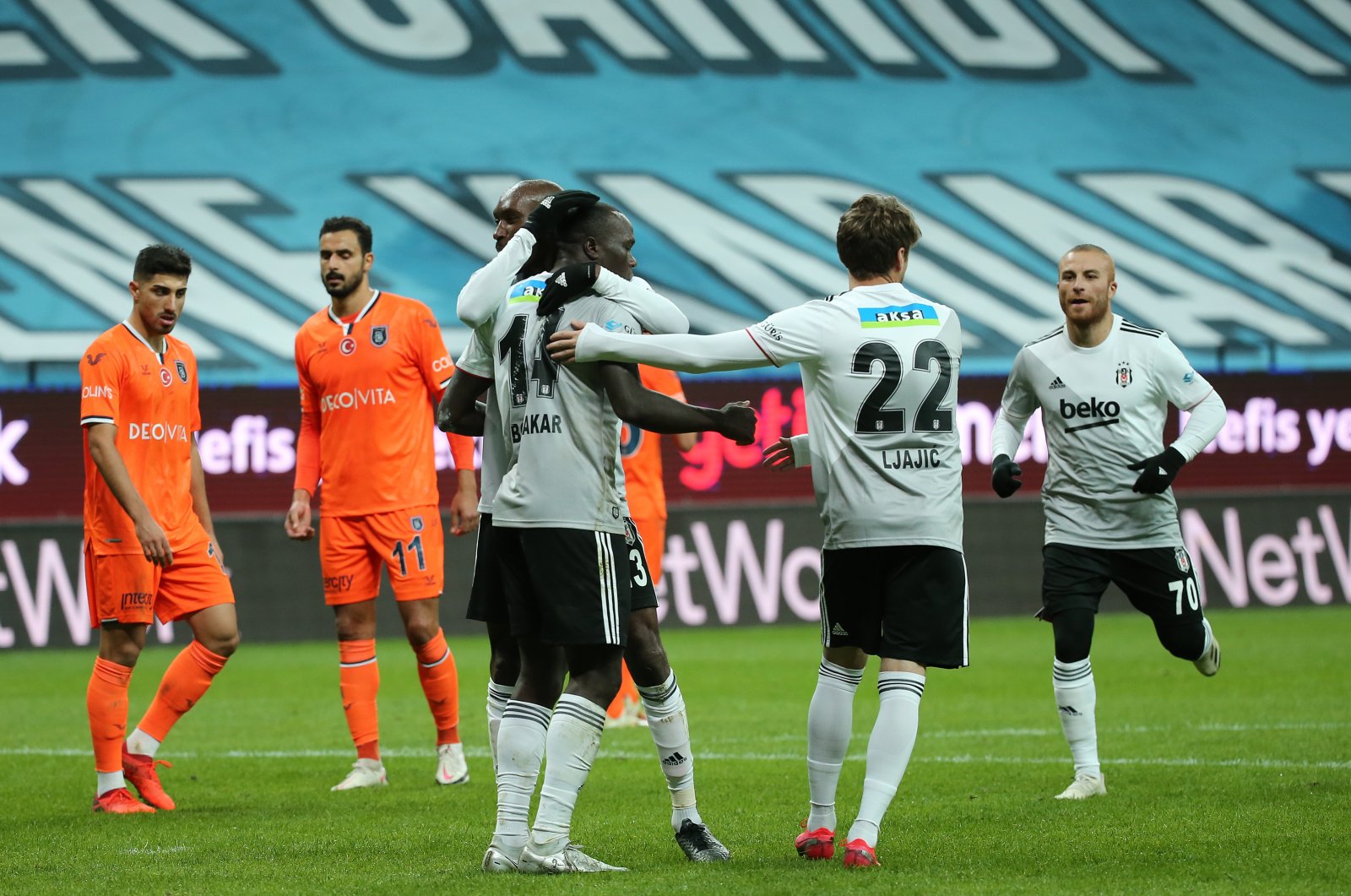 Embattled Istanbul giant Beşiktaş breathed a sigh of relief on Saturday as a 3-2 victory against the fittest squad of Turkish Süper Lig boosted the morale of fans and coach Sergen Yalçın ahead of the next big challenge.

The Black Eagles ended Medipol Başakşehir's five-match unbeaten run in the Istanbul derby at Vodafone Park ahead of the showdown with Fenerbahçe across the Bosporus.

Başakşehir, victorious in the last four league games as well as having defeated Manchester United in the UEFA Champions League, was the favorite until two goals by two Beşiktaş strikers, both from Canada, two minutes apart.

Team captain Atiba Hutchinson led his teammates to a 2-0 lead in the first half with an opener in the 44th minute. The 37-old midfielder assisted Cyle Larin two minutes later, helping his compatriot to score for the fourth week in a row. With six goals since the beginning of the season, Larin is among the best performing Beşiktaş players.

Cameroonian striker Vincent Aboubakar increased the lead to three in the 72nd minute with a handball penalty that sent off Turkey midfielder Mehmet Topal. It was the first time the 34-year-old got ejected since the 2016-2017 season when he was playing for Fenerbahçe against his current club Başakşehir.

This was the first time Beşiktaş scored three goals against Başakşehir, which proved to be one of its toughest opponents since the two clubs first encountered in the 2007-2008 season.

With ten men on the pitch, Başakşehir seemed to have been determined to make an incredible comeback as Norwegian forward Fredrik Gulbrandsen scored two goals in the 81st and 90+3.

Following a 3-1 defeat against Gaziantep FK in the eighth week, Beşiktaş coach Yalçın and president Ahmet Nur Çebi were being criticized for poor performance.

Yalçın, who had to find six replacements this week over COVID-19 cases and injuries, told a press conference after the match that they conceded two goals due to the "reckless" behavior of his players.

The team's fourth victory in the Süper Lig brought its points to 13, equaling that of Başakşehir and closing in on the rest of the pack.

However, Fenerbahçe also seemed to be in form with a 5-1 victory against the Ankara club Gençlerbirliği, which is stuck at the bottom of the league with its fellow capital rival Ankaragücü.