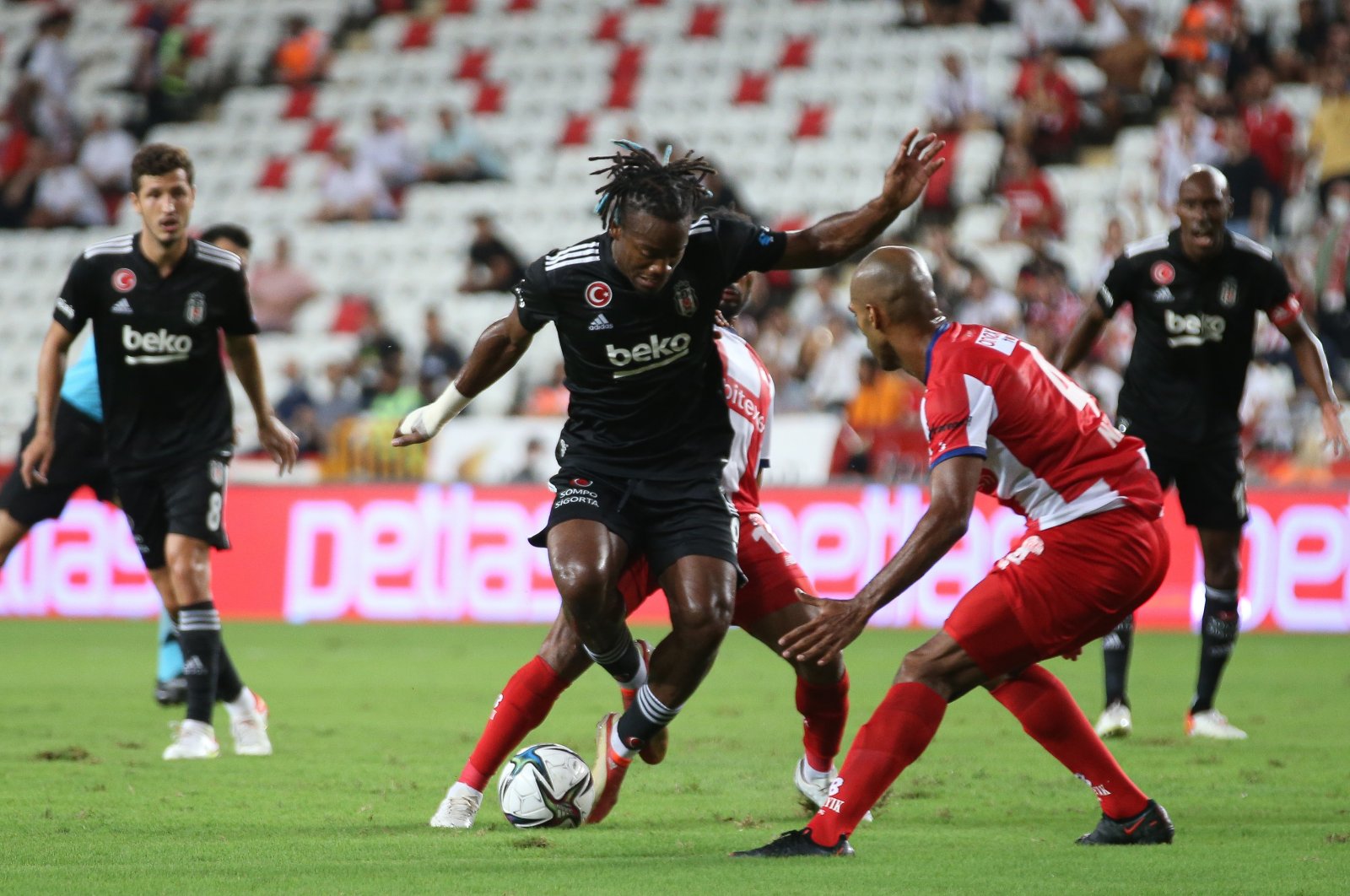 Champion Beşiktaş came from two down to clinch a 3-2 win over Antalyaspor in a pulsating Turkish Süper Lig tie Saturday.

Goals from Haji Wright and Veysel Sarı in the last three minutes of the first half gave the host a 2-0 lead at Antalya Stadium.

Beşiktaş was unlucky in the first half as two of its players, Necip Uysal and Mehmet Topal, were forced off injured. They were replaced by Miralem Pjanic and Rıdvan Yılmaz, respectively.

In the second half, however, the visitors staged a stunning comeback with goals from Yilmaz, Michy Batshuayi and Rachid Ghezzal.

Defending champion Beşiktaş continue to sit atop the Süper Lig standings with 13 points in five matches, followed by Trabzonspor with the same points.

Earlier in the day, Trabzonspor continued its great start to the season by picking up a 1-0 win at Kasımpaşa.

Trabzonspor’s only goal came from its Greek attacker Anastasios Bakasetas in the 52nd minute.

Sivasspor, in the meantime, was held to a 1-1 draw by Gazişehir Gaziantep, while Adana Demirspor beat lowly Rizespor 3-1.

It could have taken an early lead but Brazilian midfielder Thaciano missed from the spot, before falling back 1-0 in the first half.

Altay then drew level in the 71st minute through Dutch forward Leandro Kappel. It then struck late with Portugal forward Marco Paixao to make it 2-1 in the 90th minute and eventually win the match at Bornova’s Aziz Kocaoğlu Stadium.

With the win, Altay climbed up to the sixth position with nine points from five matches.

Göztepe, on the other hand, is 12th in the table with five points from five outings.