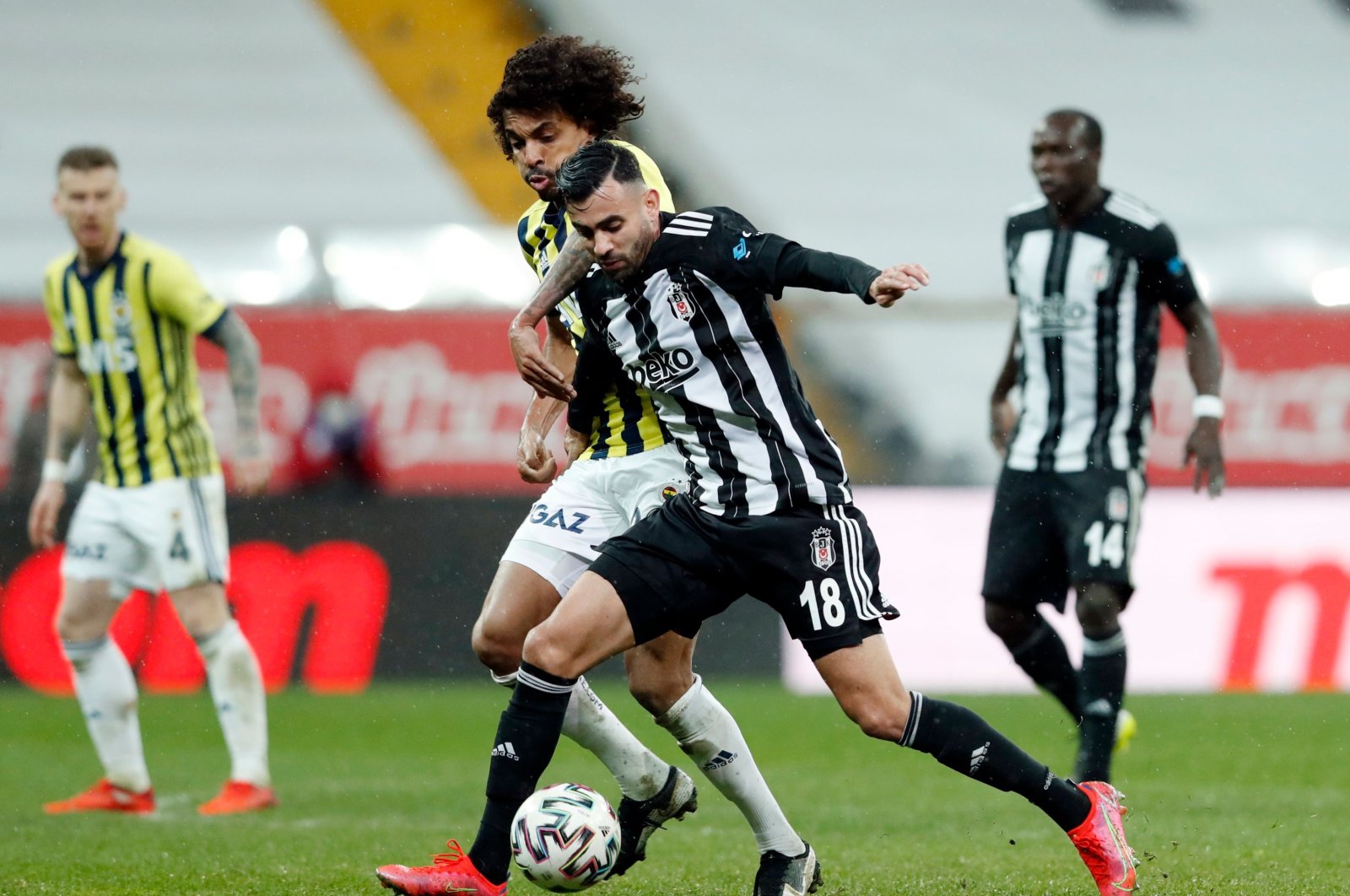 Beşiktaş and Fenerbahçe drew 1-1 in a thrilling Turkish Süper Lig derby on Sunday, with the Black Eagles clearing an important hurdle in their title bid.

The first half of the Bosporus Derby ended with a 0-0 equality.

The host team went ahead 1-0 with the head kick of Croatian defender Domagoj Vida in a free-kick used by Rachid Gehzzal in the 48th minute at Vodafone Stadium.

Fenerbahçe had to take risks for an equalizer as the Yellow Canaries leveled the derby in the 89th minute.

Turkish midfielder Ozan Tufan fired outside the area to score a brilliant goal.

Fenerbahçe was encouraged after Tufan's goal and the visitors found a chance as well.

However, Tufan could not finish in the far post after the rebound by Beşiktaş goalie Ersin Destanoğlu. Beşiktaş right back Valentin Rosier cleared it to corner.

Third-placed Fenerbahçe has 59 points in 30 matches. Beşiktaş is leading the Süper Lig with 64 points. The Black Eagles have a game in hand.

This season Fenerbahçe was thirsty for a derby victory against archrivals Beşiktaş and Galatasaray.

In the first half of the Süper Lig, Fenerbahçe lost to Beşiktaş 4-3 at its home ground Ülker Şükrü Saraçoğlu Stadium.

On Sunday, Fenerbahçe drew with Beşiktaş 1-1 at Vodafone Park.

Fenerbahçe had a goalless drew with Galatasaray in the first half derby at Türk Telekom Stadium. But the Yellow Canaries lost the Galatasaray derby in February by 1-0 in Kadıköy.