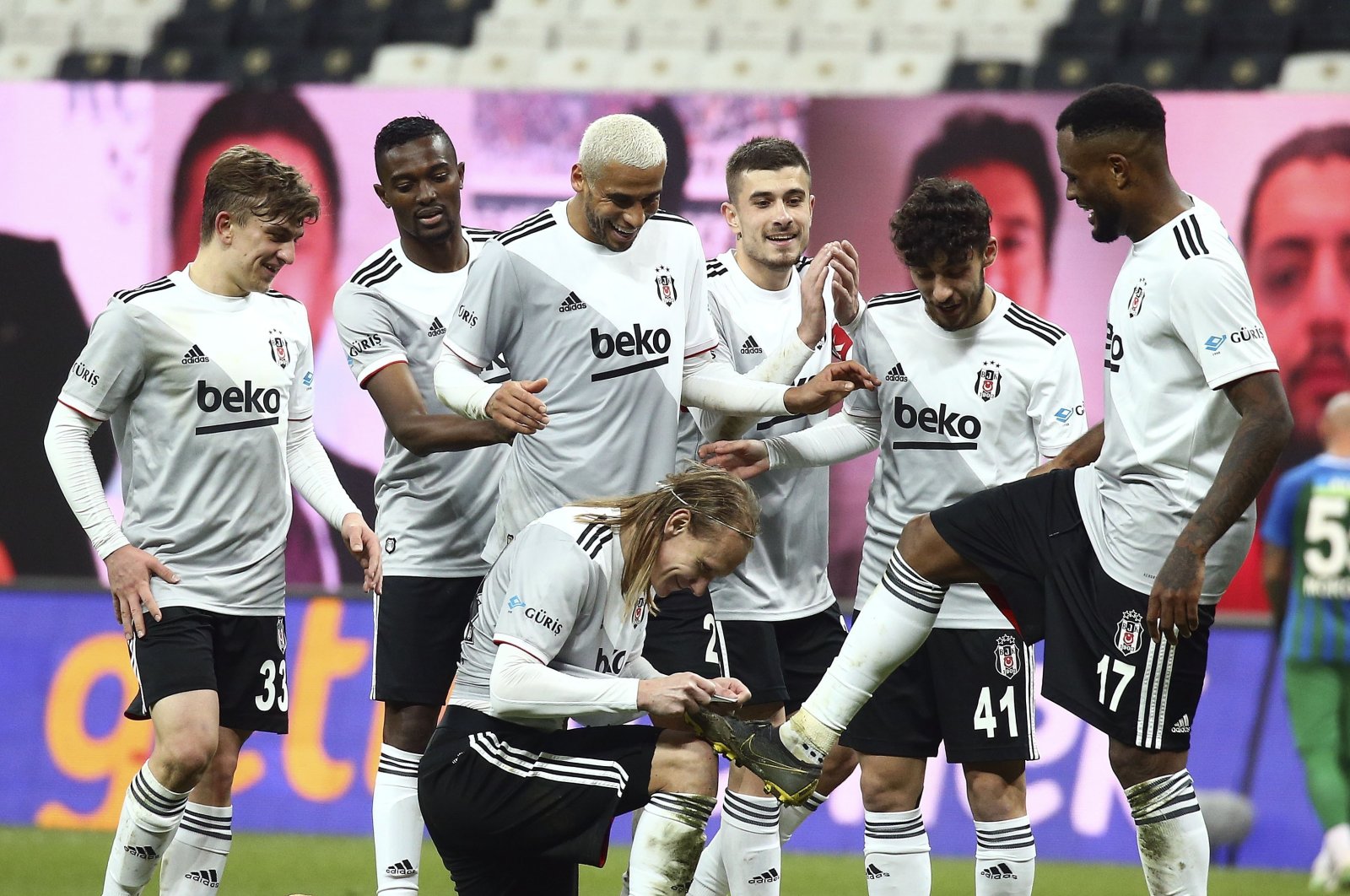 Winning its last five matches, Beşiktaş hopes to prolong its winning streak and cement its position at the top of the Süper Lig as the Istanbul side visits Hatayspor

It must feel great to be a Beşiktaş fan these days. Once getting dangerously close to the relegation zone at the start of the season, the Black Eagles have turned things around and have been on a rampage for the past two months like a well-oiled machine that scores a goal with every click.

Enjoying a five-match winning streak, Beşiktaş emerged victorious from eight of its last 10 matches, but more importantly, the Istanbul club did it in style.

Obliterating Rizespor 6-0 on Wednesday, Beşiktaş’s offense left no fan wishing for more as the team achieved an average of 2.8 goals per match in its last 10 games, quite a feat in the score-deprived lands of the Süper Lig.

Rewarded with Süper Lig leadership at 34 points for their hard toils, Beşiktaş and coach Sergen Yalçın hope to strengthen their claim at the top as the Istanbul side visits newcomer Hatayspor on Sunday.

Despite arriving at the Süper Lig for the first time in its history, Hatayspor has been having a surprisingly good time competing with Turkish football’s major clubs. Standing sixth with 27 points, the humble Anatolian club made an impression in its debut.

Defeating champion Başakşehir for its first-ever top-flight match, a nine-man Hatayspor held another Istanbul giant, Fenerbahçe, to a goalless draw the next week. But while Hatayspor has shown it could pack a punch, Beşiktaş remains the solid favorite for Sunday.

Besides just extending the winning streak, defeating Hatayspor could also help Yalçın put much-needed distance between his Beşiktaş and its city rivals Fenerbahçe and Galatasaray, which have been putting on an inconsistent performance lately.

With a shared goal tally of 18 between them, Canadian forward Cyle Larin and Cameroonian striker Vincent Aboubakar will be Yalçın’s key duo for the Sunday match.

Earlier in Week 18, a troubled Galatasaray will host capital side Gençlerbirliği for a chance to make up for its recent losses.

After momentarily taking its place on the Süper Lig throne, Galatasaray was quickly unseated following a run of poor results. Winning only two of its previous five matches, the Lions were stunned 4-3 by Konyaspor in a midweek clash and will need a certain win to boost confidence.

A 19th-place Gençlerbirliği could be just what coach Fatih Terim needs to bring Galatasaray back to its winning ways.

While injuries continue to trouble Galatasaray, the injured list was reduced to just four players from nine last weekend and should offer Terim some respite.

The weekend will also see another Istanbul versus capital Ankara meeting, with Ankaragücü hosting Başakşehir on Sunday.

Reduced to a club lingering close to the relegation zone, Başakşehir desperately needs a win, and failure to defeat Ankaragücü, which lost 10 out of its 16 games, could be the final straw for coach Okan Buruk.

The matchweek will end Monday with Fenerbahçe visiting Erzurumspor and Alanyaspor hosting Istanbul side Kasımpaşa.

Defeating Alanyaspor 2-1 on Thursday, Fenerbahçe rejoined the title fray and could steal the thunder from Beşiktaş should Yalçın’s men fumble.

Alanyaspor, meanwhile, seems to be slowly drifting from the top spot it managed to hold onto for so many weeks after only one win in five games.