Beşiktaş hammered at home by Sporting in Champions League 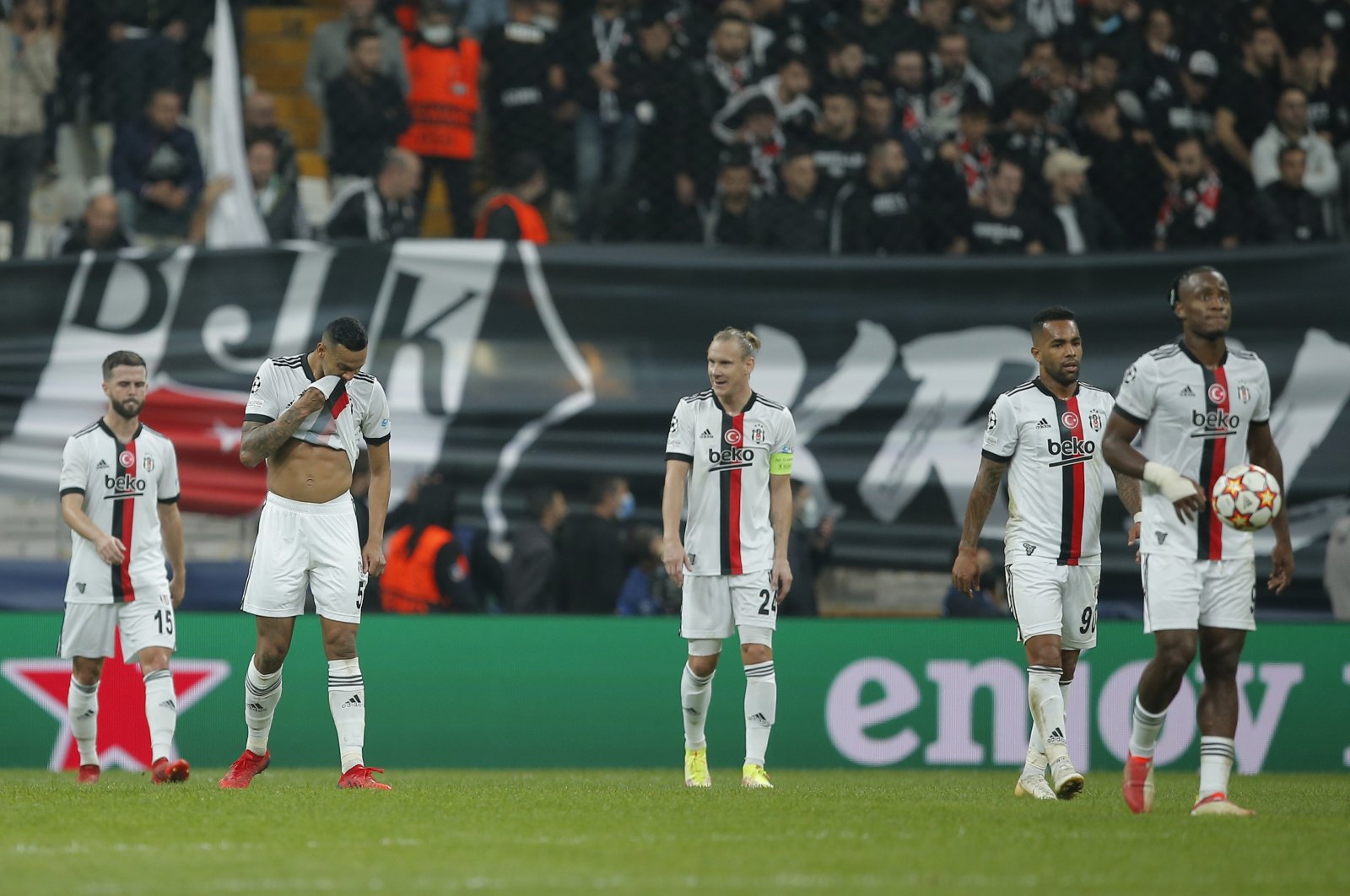 Sporting rekindled its hopes of reaching the Champions League knockout stage as a double by Uruguay defender Sebastian Coates helped secure a 4-1 victory at Beşiktaş in Group C on Tuesday.

The result left Sporting third on three points from as many games while Beşiktaş remained bottom with none. Ajax Amsterdam was at home to Borussia Dortmund in the late fixture with both teams on a maximum six points from two matches.

Coates headed the visitors into a 15th-minute lead and, after Canadian Cyle Larin equalized in the 24th, the former Liverpool defender restored Sporting's advantage with another superb header three minutes later.

Beşiktaş was undone twice in quick succession by VAR checks, showing Domagoj Vida handled a Coates header for the penalty and then scrapping a spectacular Alex Texeira effort for fractional offside on the stroke of halftime.

Sporting continued to dominate after the breakthrough swift counter-attacking as its striker Paulinho twice hit the woodwork before he curled home a delightful shot from 20 meters in the 89th minute to put the icing on the cake.

Meanwhile, Manchester City delivered a dominant performance to sweep past Club Brugge 5-1, reemphasizing its status as a major contender for a first European title.

Joao Cancelo gave City a deserved lead on the half-hour and Riyad Mahrez converted a penalty just before the break as Pep Guardiola's side bounced back in style from last month's loss to Paris Saint-Germain.

Kyle Walker added a third early in the second half and 19-year-old Cole Palmer bagged his first Champions League goal minutes after coming on as a substitute.

Hans Vanaken pulled a goal back to great delight from the home supporters but Mahrez capped a thumping City victory with his second of the night.

The win leaves City side with six points after three games in Group A, with the champions of England and Belgium to meet again in two weeks in Manchester.